David Huth and Erica Obenar, the owners of Utopian Shift, want to change the wine industry. 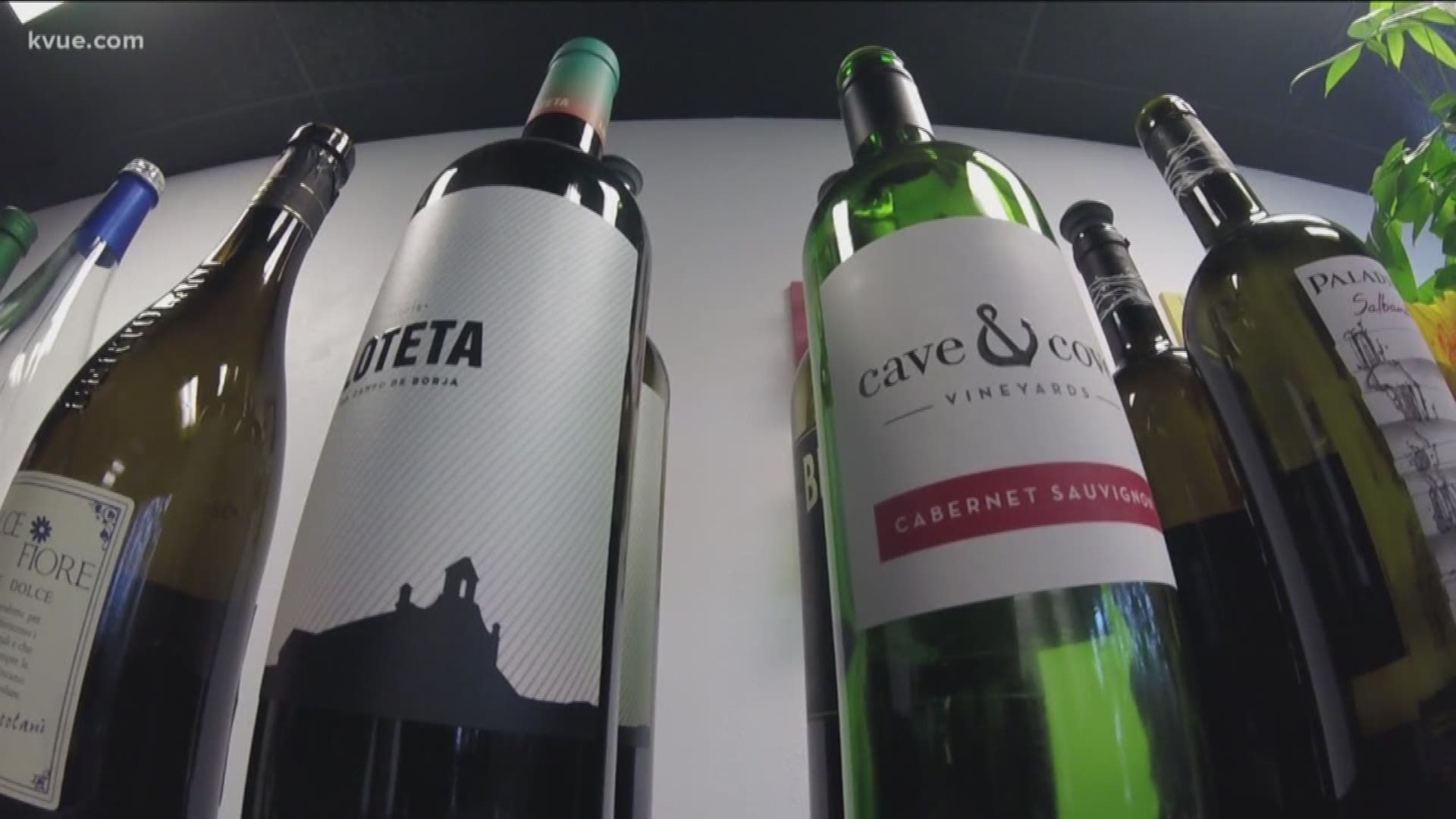 AUSTIN — With a name like Utopian Shift, you may suspect the owners of this North Austin wine store want to do more than just sell wine -- and you'd be right.

David Huth and his wife, Erica Obenar, want to change the wine industry.

How? By copying vineyards and allowing customers to taste the goods before they buy.

"There's a lot of wine out there that's really not that great and when people buy those wines and get them home, they'll buy them once, but they'll never buy them a second time. And there's nothing to stop the companies from doing that just because there's enough new people turning 21 each year that haven't been fooled and realized that the wine isn't any good," Huth said.

All the wine at Utopian Shift is also under $15.

Their goal is to give people a better wine experience.

When customers walk in, they'll notice only a few bottles set out to sample, even though there are hundreds in the back.

"One of the biggest problems that people have is they are overwhelmed by choices. When they walk into most other wine stores, they've got thousands of wines to choose from and they say, 'I don't even know how to narrow this down,'" Huth said.

Huth and Obenar have a unique way of selecting the wines they sell.

They even have a saying: "We drink a lot of bad wines so you don't have to."

After Huth and Obenar approve a bottle, a panel of about 25 random customers must also like it before the wine hits the shelves. That panel changes about every two weeks and ranges between 20 to 25 people.

Huth and Obenar will be the first to tell you they aren't experts. But they are passionate about wine and have been since the early 2000s. The couple used to explore the wine country in California in the early '00s before making Austin their home and opening Utopian Shift in 2017.

"This is a wine store for the average person to come and try wine and leave with a bottle that they love," Obenar said.

They're taking their love for wine and using it to help customers find their perfect bottle.