According to KVUE Reporter Bryce Newberry, the protest was organized by student leaders from Texas State University. 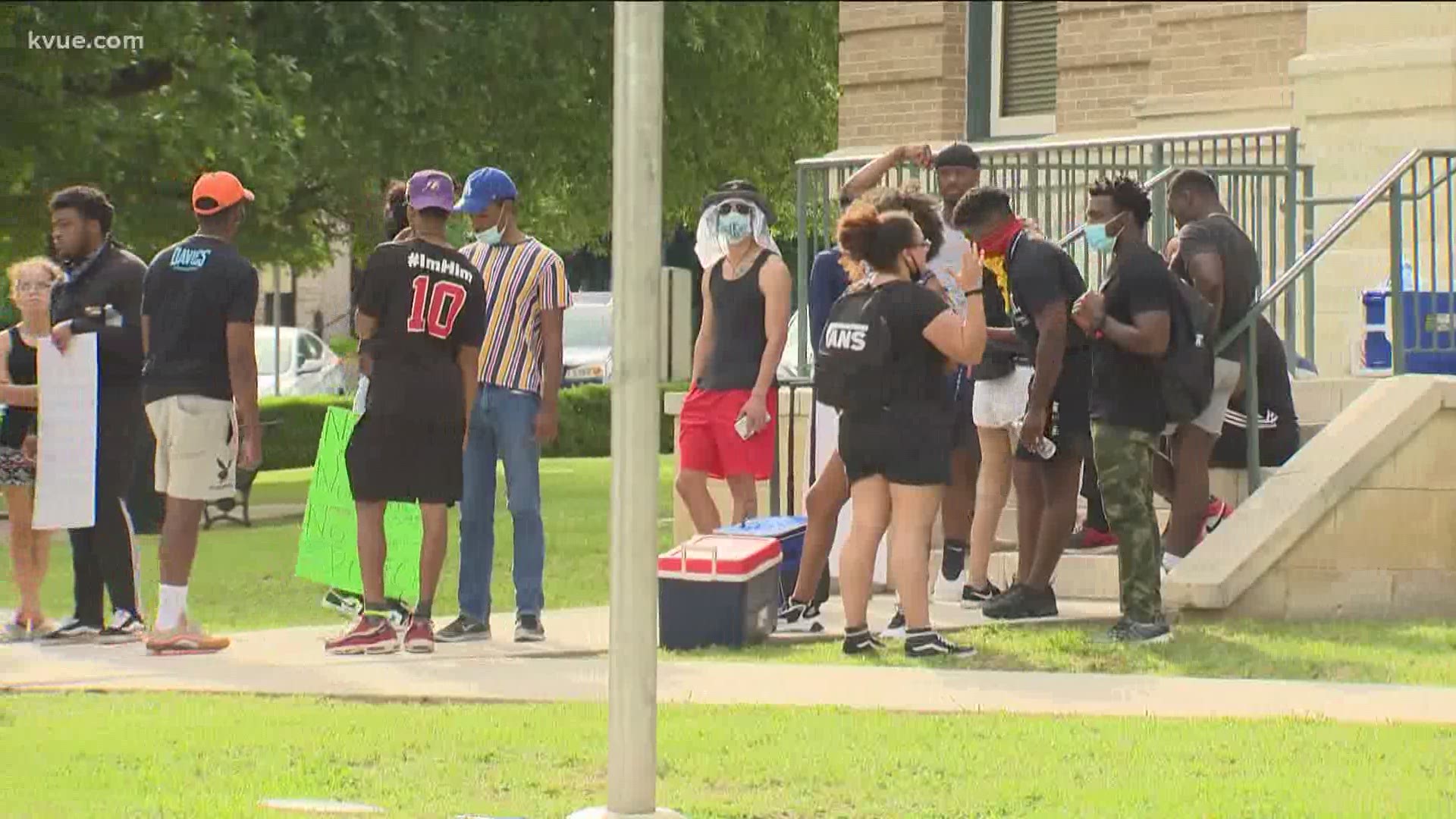 SAN MARCOS, Texas — Protesters in San Marcos, Texas, were heard chanting "Not Trump, no KKK, no fascist USA," on Friday afternoon in response to the death of George Floyd while in police custody.

Protesters held signs and chanted as they walked around the City's historical courthouse. According to KVUE Reporter Bryce Newberry, the protest was organized by student leaders from Texas State University.

The protest stems from an incident in Minneapolis in which former police officer Derek Chauvin detained Floyd with his knee placed on the area of Floyd's head and neck, according to a police complaint. According to the complaint, Floyd had stated he could not breathe.

Chauvin was arrested on Friday and charged with manslaughter and 3rd-degree murder.

In Houston, hundreds of people marched downtown and blocked a ramp to Interstate 45 and some downtown streets.

In Austin, protests have been planned on Saturday, May 30, and Sunday, May 31. A group seeking justice for the death of Mike Ramos is planning to protest in front of the Austin Police Department Headquarters on Saturday.