If you have ever driven through Bastrop, you've likely heard the distinct sound of chickens crowing and clucking at all times of the day. 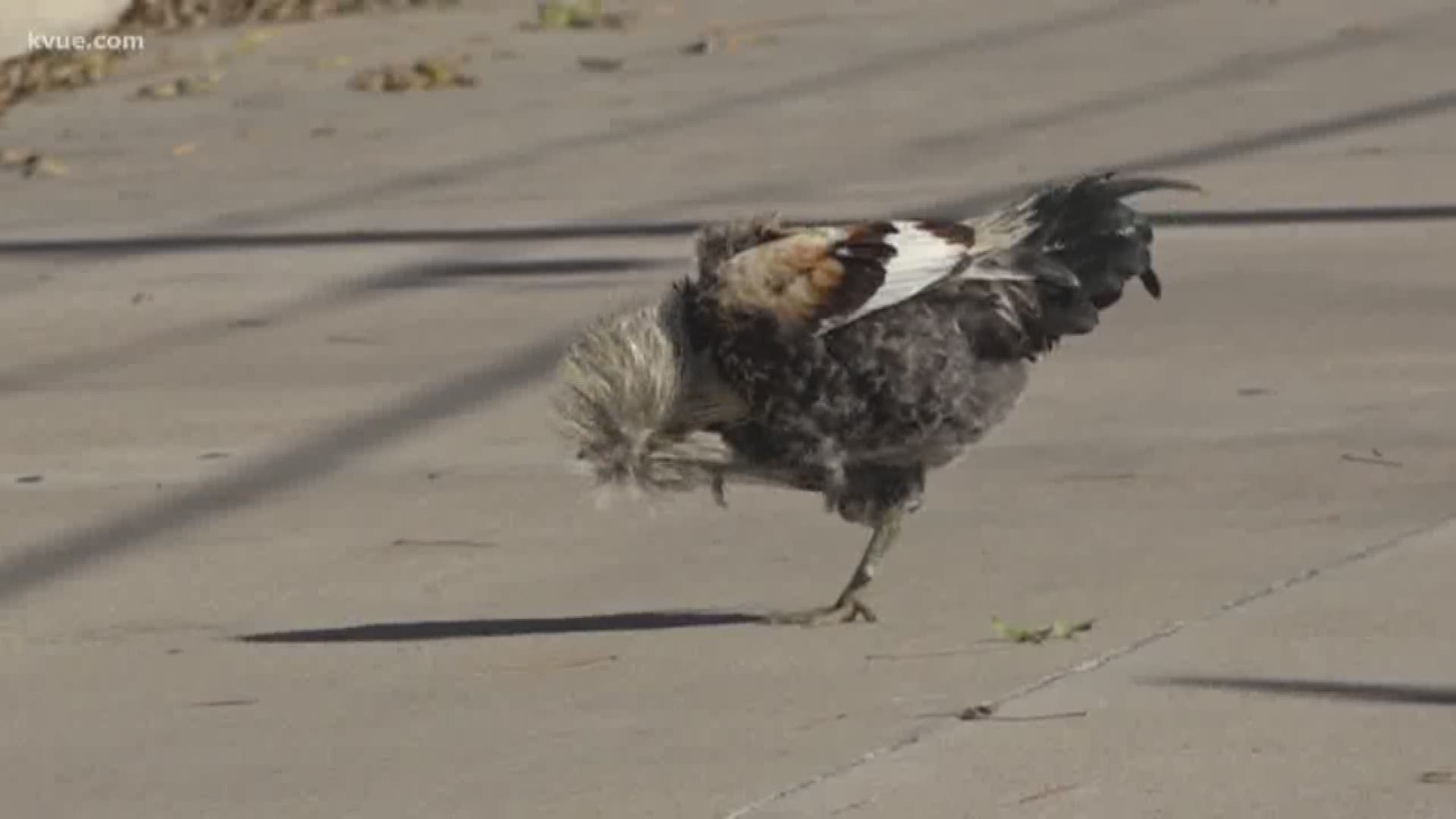 BASTROP — BASTROP, Texas -- Some say for more than 200 years, flocks of chickens have roamed the Farm Street area of Bastrop.

The city has protected them for almost a decade, but now that's coming to an end.

The Bastrop City Council met Tuesday night to consider ending an ordinance that established the Farm Street Historic Chicken Sanctuary in 2009. During that time, about 150 feral chickens have roamed around a 1,500-foot area around Farm Street. This ordinance was created after residents around the area asked the city to protect the chickens.

The reasoning for the city council's change of heart is that the birds have become too aggravated to people living in the area, according to the city. The city also said it has become too much of a burden financially to manage this growing flock. When talking to the people in the city, we were told that two of the biggest issues revolve around the constant noise and the tearing up of landscapes.

Lauren Dunn was born and raised in Austin before moving to Bastrop about three years ago. She said the chickens are a distinct part of her neighborhood she doesn't want to see go away.

"I don't think it's right," Dunn said. "The chickens were here first, and it's something in this environment that's unique. Where else are they going to go? They need a home too."

While this vote was held Tuesday night, the city's animal control division had already hired outside help to trap and relocate many of the birds to get them off the streets.

Wendy Holc has lived in Bastrop all of her life and said some chickens have taken over her doghouse. While she said she is indifferent about the chickens possibly being moved out, she can understand why people are getting frustrated.

"I doesn't bother me, but for some people here, it does bother them," Holc said. "You have to watch chickens cross the road instead of the kids and adults."

Vicky Balcou enjoys the chickens and will sometimes go outside to draw them when they come to her house. However, she said the growing issues do need to be resolved.

"I would like to have some of them here. But when you have about 12 to 14 of marching across the street and you can't move, that does cause a problem," Balcou said. "I like to listen to them; I really do. I sympathize with my friends who don't. They only come to my yard infrequently, but then they'll march over to the main street. They have no fear at all."

Troy Walters with the City of Bastrop Animal Control said the sanctuary's signs had already been taken down by Wednesday morning. Walters said crews would not begin collecting chickens along Farm Street immediately, but here is a greater flock of in the downtown area along Pecan Street that will need to be attended to first. He could not give an exact time frame on when they would all be captured, but it could take a couple months. He estimates there are approximately 100 to 200 feral chickens in Bastrop.

Walters said he has caught about 50 chickens since March. He said he is using custom-made steel traps with angled bars that allow the chickens to walk in but not back out. He said the list of people who will be adopting the trapped chickens is continuing to grow, including many going to the Capitol of Texas Zoo in Bastrop County.