One local group has been working to help the homeless every New Year's Day for almost two decades. 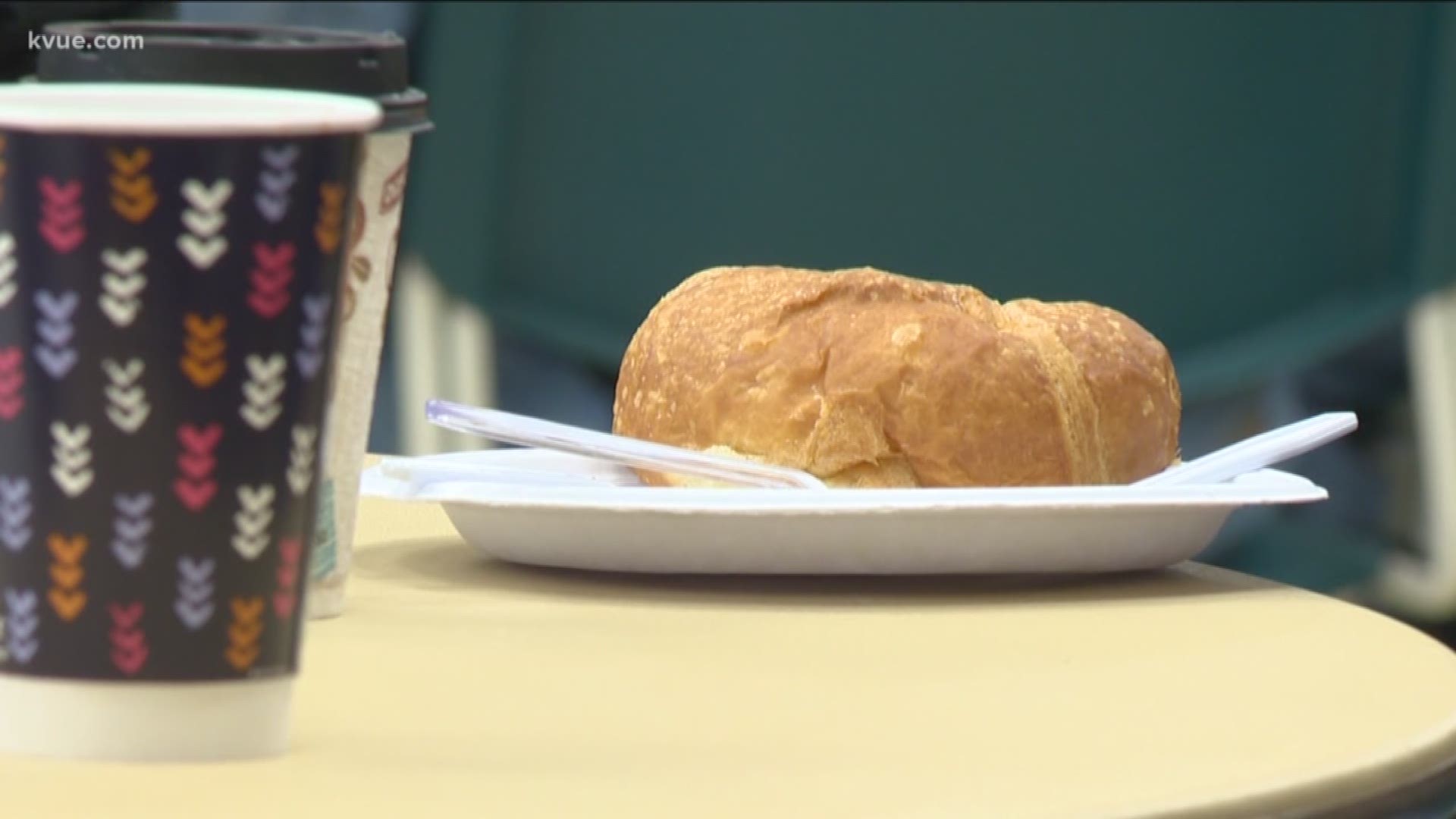 AUSTIN — A lot of us can spend New Year’s Day in the warmth of our homes, but for thousands of people who are homeless, they have no place to call home.

That's why one group comes together every New Year's Day to help, and has worked to make a difference for nearly two decades.

"It was cold today and everything like that, so I want a scarf,” said Shireen Nalley, as she followed the line of people through three rooms at the First Baptist Church in Downtown Austin.

It’s a chance to get socks, hats, gloves, a scarf, a poncho and thermal underwear for free at the 18th annual House the Homeless event.

This is Nally’s first year here.

"I'm just really thankful that when I go into the year, they're thinking about me,” said Nally.

This year she's determined to get a job and get out of homelessness.

"I don't want to be outside in the cold and I just want to get on my feet and just move forward,” said Nally.

It's a feeling Richard Troxell, the president of House the Homeless, knows well.

"I was homeless on the streets for three years,” said Richard.

It's why he works to help about 500 people each year.

"They're all my brothers and sisters,” said Richard.

And he makes sure they hand out specific items.

"We learned years ago that you could do blankets and sleeping bags, but you stash those and then they get picked up and thrown away, it rains, they get soaked, they become unusable, but the thermal underwear, they'll put it under there, and spring, you know, guys will reach down there and pull up their thermal underwear and say, ‘Oh, wore it all winter, Richard,'" said Richard.

To give each person a hot meal and a bag full of warm items, it costs about $35.

This year, middle school students from Eanes ISD raised more than $10,000 to buy supplies for about 300 out of the 500 people.

"It's a massive community effort, you know, and it's really, really cool,” said Richard.

Sylvia Troxell is a teacher at Hill County Middle School and collects the money.

"For them to think about people other than themselves, and that's hard for teenagers anyway, but to think about the least among us, and realize that we've got some people who don't have three, and four and five pairs of shoes, they have no shoes,” said Sylvia.

She said the students hold bake sales, buy candy canes, and ask their families to donate.

"I just think this is a great way to start the new year,” said Sylvia.

A new year, for those ready for a fresh start.

Each year, the organization also asks people who are homeless about a specific issue.

"We want to hear the voice of the people affected by the issue,” said Richard.

This year, in light of people still recovering from hurricane Harvey, they're looking at those affected by disasters. They say a lot of times those people use the resources originally dedicated to the homeless population.

You can learn more about House the Homeless, and their push for a Universal Living Wage, here.