Survey results show the majority of Austin-Travis County EMS personnel have been assaulted more than once within the last two years. 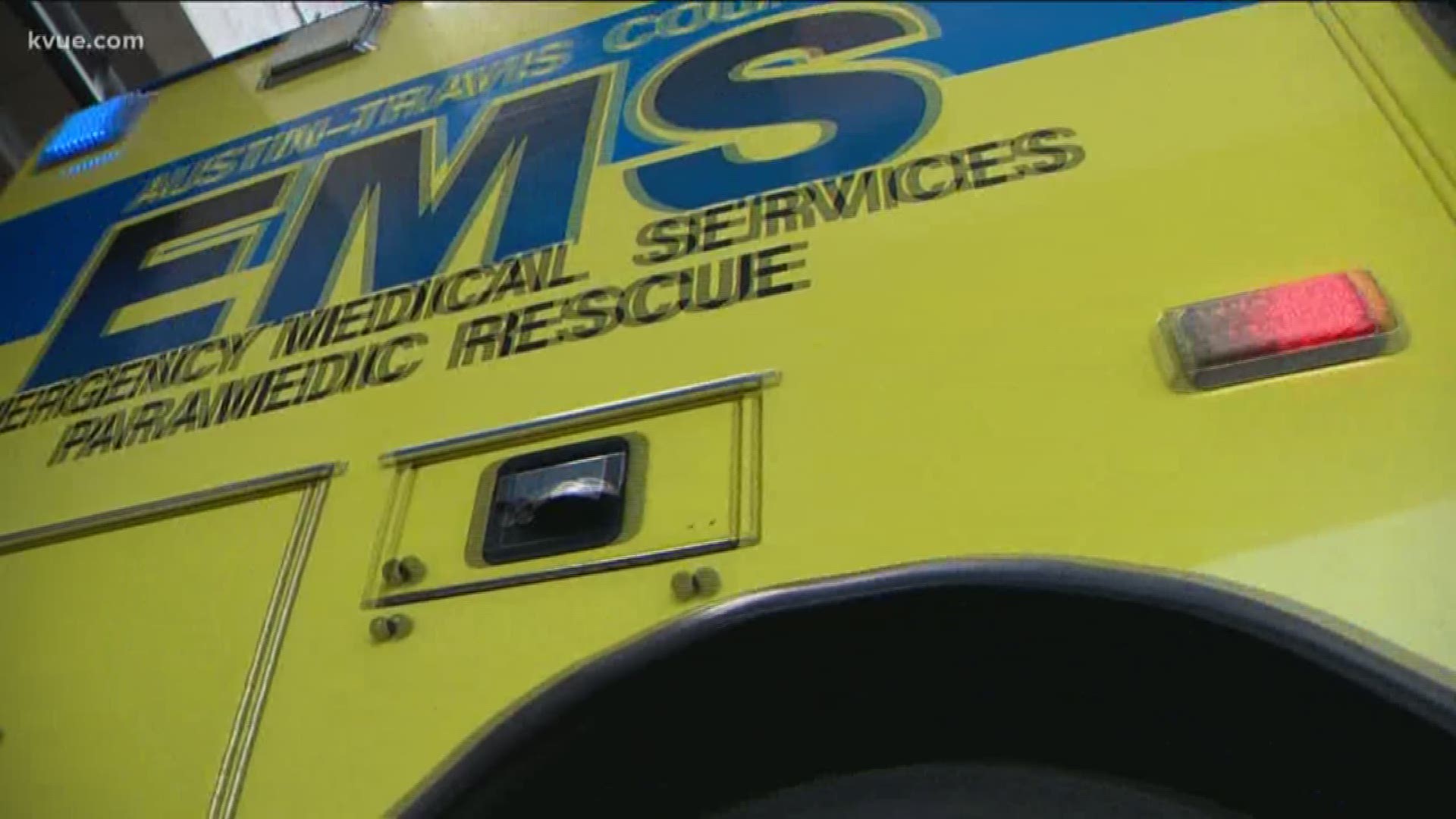 AUSTIN, Texas — A survey conducted by Austin-Travis County EMS revealed staff is experiencing high numbers of assaults, verbally and physically, over the past couple of years.

"It's a very scary situation because you're focused on the patients and you don't really know what's happening around you except that you're getting punched and kicked," said EMS Chief, Ernesto Rodriguez. "Sometimes people are agitated because of the stressful situations that they're in."

It is estimated there are more unreported assaults on ATCEMS personnel, ATCEMS said in a statement. Cases involving injuries are believed to be reported most commonly.

Assaults on field personnel happened while they provided direct patient care and most assaults occurred in the back of an ambulance.

According to the survey results, the top three conditions that field personnel thought contributed to physical assaults were related to the following:

All ATCEMS personnel receive situational awareness training and additional training about dealing with aggressive behavior and threats. They also reportedly get training on deescalation.

"We can't necessarily take aggression out of the equation; we can't solve someone's mental health behavioral or drug abuse problem," said Rodriguez. "But what we can do is learn how to recognize those things when we're coming into contact with them."

Rodriguez also thinks the training should be better.

"I want us to start right now before somebody gets severely injured," said Rodriguez.

With the increasing number of assaults on staff, ATCEMS believe law enforcement and the legal system could improve reporting and the prosecution of those who assault EMS personnel by working on collaborative training.

The ATCEMS department recently trained a group of "improvement leaders" who will continue to work to reduce assaults on ATCEMS personnel and begin to address the findings of the survey.