This woman was found along Interstate 35 near Georgetown on Halloween Day in 1979. 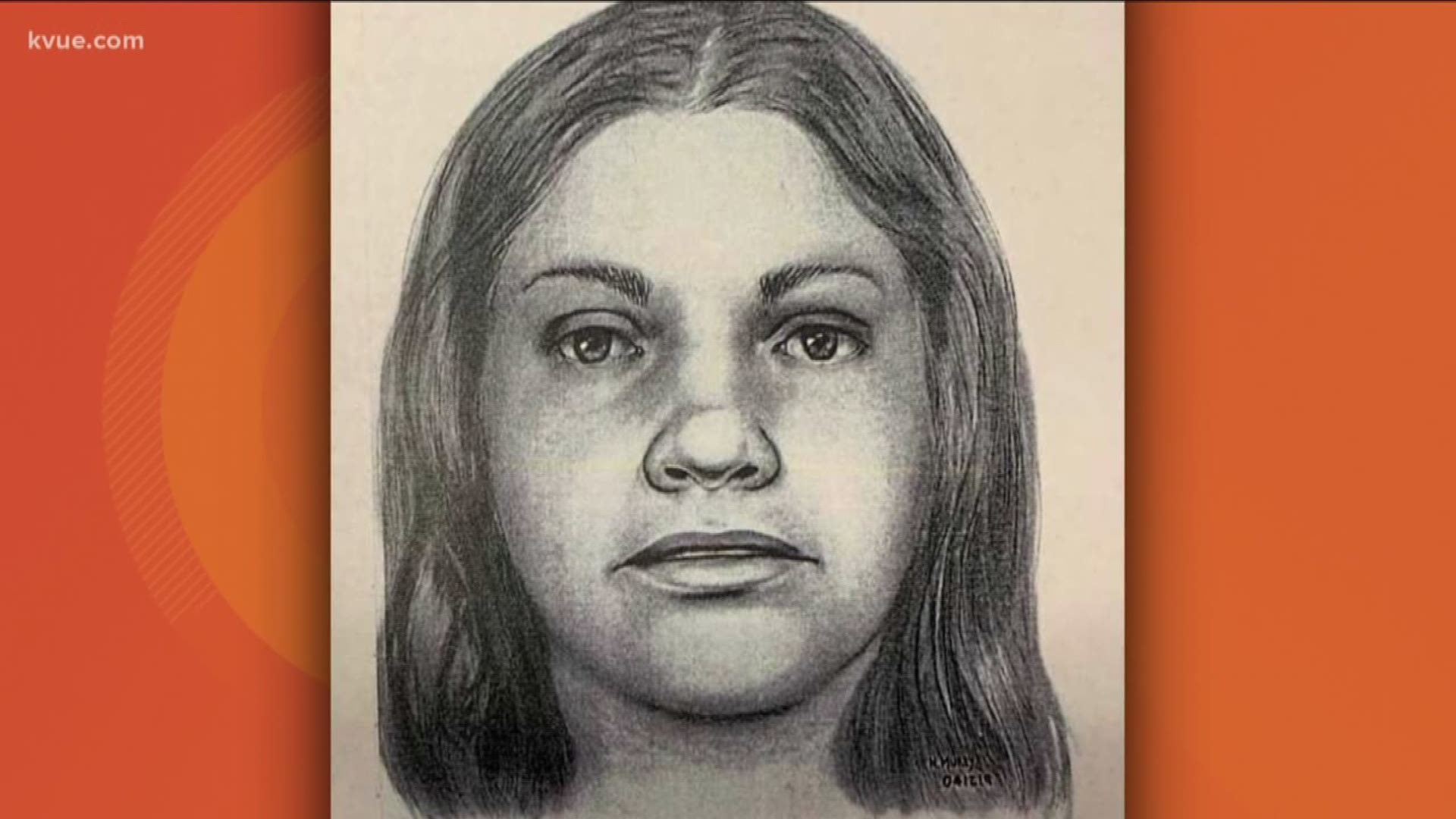 WILLIAMSON COUNTY, Texas — Investigators are hoping a new sketch in a cold case will finally result in some answers.

This is the "old sketch" of the woman in the "orange socks" case in Williamson County.

Her body was found along Interstate 35 near Georgetown on Halloween Day in 1979. She was wearing only a pair of orange socks at the time.

This is the new sketch just created by a forensic artist for the Williamson County Sheriff's Cold Case Unit.

In January, investigators made a new discovery in this cold case, saying that preliminary forensic evidence testing on DNA found on the victim's orange socks revealed two or more male contributors.

Williamson County Sheriff Robert Chody said at the time it is unknown how much or if the quantity of the other contributors' DNA is sufficient for further testing and that the DNA is still being processed to generate possible profiles.

If you have any information about this cold case call or can help officials identify the woman, call 512-943-1300.