New program at St. David's helps Austin preemies get out of the hospital sooner

The emotional support given through the program is putting parents at ease and helping the baby, too. 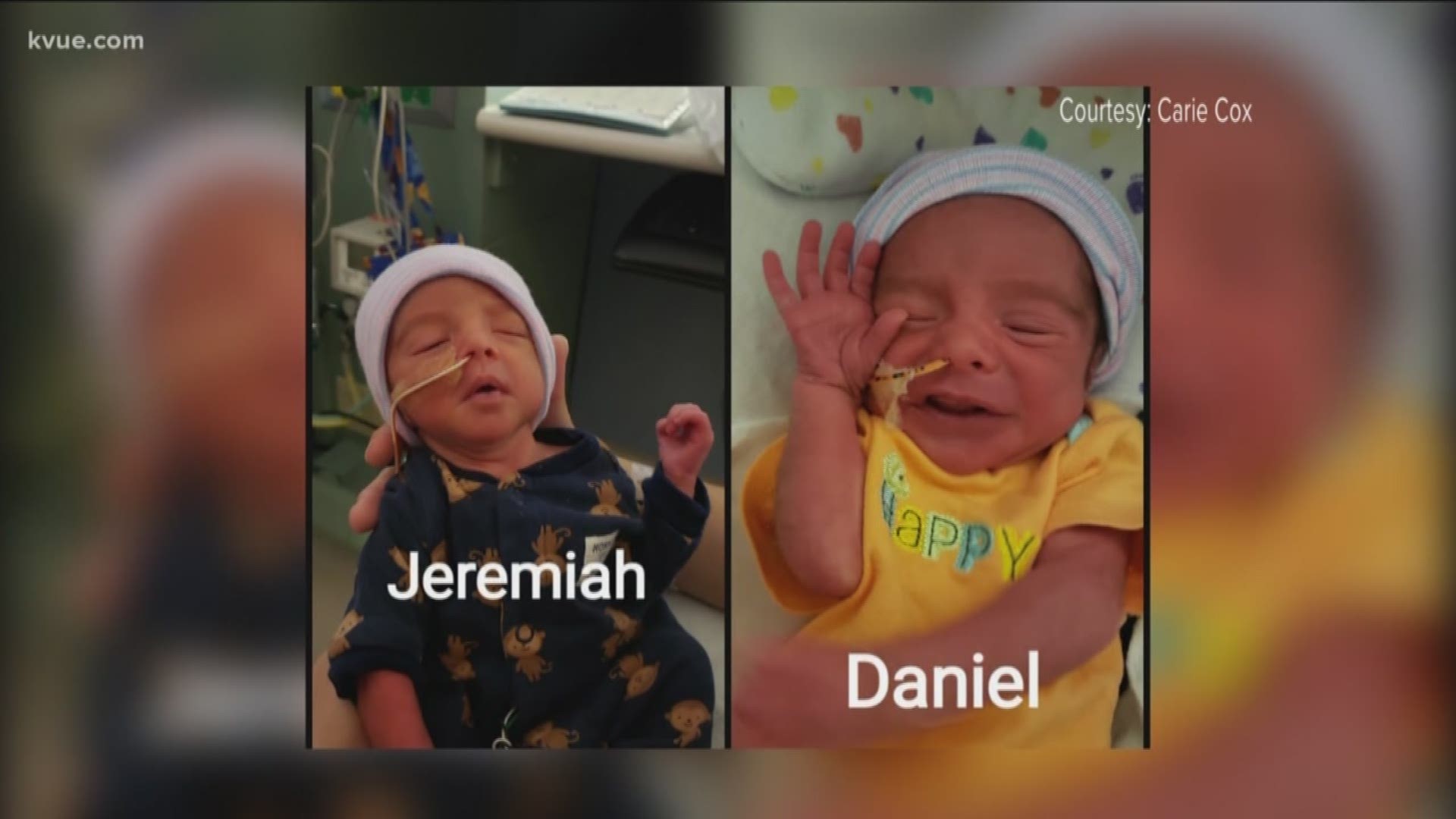 AUSTIN, Texas — New parents already deal with a lot of stress and it can be worse if a baby is born prematurely. Now, there's a new program at St. David's Medical Center that helps preemies leave the hospital sooner and stay healthier.

“They're wonderful,” said Cockrum. “You would never have known that they're preemies."

“They were just like these itty-bitty breakable little dolls that you just don't want to touch,” said Cox. “We were very concerned about the entanglement of their cords and one of them possibly passing and then having to deliver, and then still possibly losing the other one or possibly losing both of them at the same time.”

In the past, Cox has had a preemie, who she lost due to complications.

“They never explained anything,” said Cox. “It was kind of learning on my own.”

The NICU supervisor said being a new mom to a preemie can bring stress.

"It can cause a lot of anxiety, a lot of stress, a lot of emotions can hit them when they walk into the door and see all these wires hooked up on their baby and machines,” said Cockrum.

This time was different for Cox because she had help.

“The connection that I get to build with the families,” said Cockrum. “It's like I’m an extra support person for them."

She'll meet with families every week through the pregnancy, answering questions and letting them know what to expect. She said that emotional support puts parents at ease and helps the baby too.

“Babies are leaving sooner because bonding is happening sooner,” said Cockrum. “Just because of how involved parents are getting from the get-go, helps their babies go home.”

That was the case for Cox.

“I was here for 66 days,” said Cox. “I got to leave earlier than normal C-sections.”

The new program also provides an online portal with educational tools to help answer any questions parents may have. KVUE is told more than 50 women have been helped at St. David’s Medical Center so far. The program is also available to mothers at the St. David’s Women’s Center of Texas.

Man and dog hit, killed after crossing I-35 at Riverside Drive in Austin