Investigators released a timeline of Landry's trip home to Missouri City for Christmas. But they're trying to figure out what happened after he crashed in Luling. 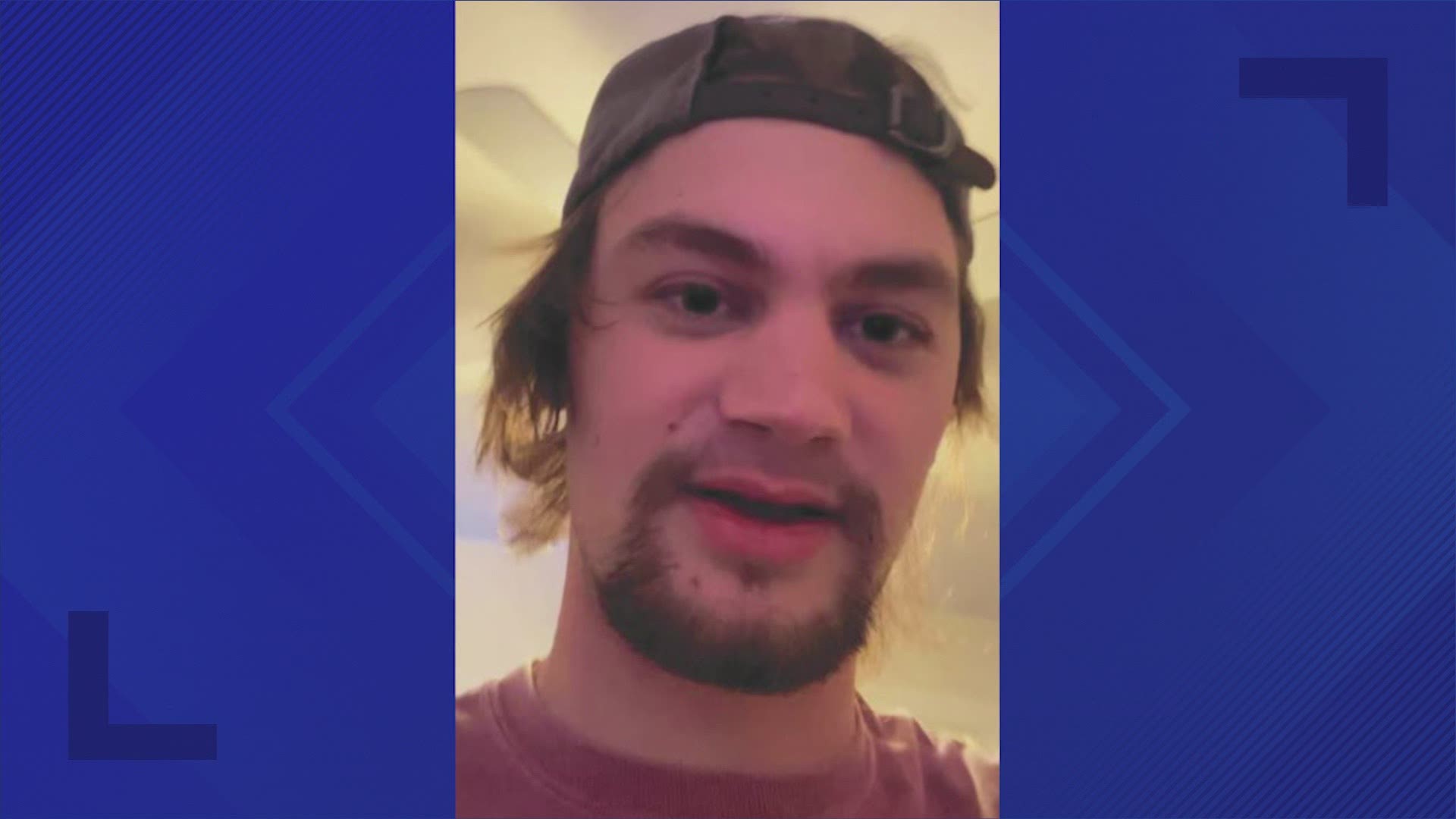 LULING, Texas — New evidence has been released in the mysterious case of Jason Landry, the 21-year-old Texas State student who has been missing since Dec. 13, 2020.

Landry was on his way home to Missouri City for Christmas when he vanished.

Caldwell County Sheriff's Office investigators gained access to Landry's phone and computer, and they're hoping information from the two devices could lead to clues.

The new evidence includes a photo of Landry on the night he went missing. Landry looked to be in good spirits and he was wearing the same shirt that was found with the pile of clothes recovered by his father during the search.

State troopers said it appeared Landry was involved in a crash in a remote area in Luling off country backroads.

His father, Ken Landry, believes his son might have gotten lost because the roads are unlit and very dark at night.

“Jason’s our baby, it doesn’t matter how old they are, they’re still yours," Landry, his father and pastor at Southminster Presbyterian Church in Missouri City, said. “Every night when I’m up and not sleeping, I try to make it make sense and it doesn’t."

Landry says he is still trying to figure out what happened to his son.

“There doesn’t seem to be like paint from another car, now could another car have been chasing him?” he said. “It could have just as easily been a deer and he swerved.”

All of the pictures are hard to process for this father, who every night says this prayer, “That Jason comes home, safe and sound with a story I can’t wait to hear."

Dec. 13, 10:55 p.m. - Landry left his apartment in San Marcos with the intent to travel to his parents' home in Missouri City.

Dec.13, 11:24 p.m. - Landry entered the City of Luling on Highway. 80. He quit using the Waze app and started using Snapchat. On East Austin Street, his digital footprint stops. Not long after that, he crashed on Salt Flat Road.

Dec. 14, 12:31 a.m. - Landry’s wrecked vehicle was found abandoned in the 2300 block of Salt Flat Road. The lights were on, the keys were in the ignition and the front passenger side door locked. It was a single-vehicle collision, most likely from over-correcting on the gravel road, spinning off the roadway and crashing the rear-end into a tree, the sheriff's office said.

The approximate 67-minute window between the last data footprint from Landry and the discovery of the crash scene is what investigators are focusing on.

Troopers who responded to the crash scene found Landry's backpack, ball cap, toiletries and a tumbler with a dead fish in it about 900 feet away. They say the backpack contained a small amount of marijuana, a laptop and gaming equipment.

The next morning, Landry's father went to the scene and also found his son's clothing -- shirt, shorts, socks, underwear, sandals and a wristwatch -- in the roadway about 900 feet from the crash scene.

The Caldwell County Sheriff’s Office has partnered with the Texas Rangers and a team of retired Federal Agents and private investigators in attempting to locate Landry.

Landry is described as a white male who is just over six feet tall and weighs 170 pounds. He has brown hair and brown eyes.

Anyone with information about his disappearance can call the Caldwell County Sheriff's Office at 512-398-6777 or any of the following investigators: