While crews in Leander are beginning the "Northline" project shortly, it will take an estimated 10 to 15 years for the entire downtown scene to be complete. When it's all finished, it's expected to be worth $800 million. 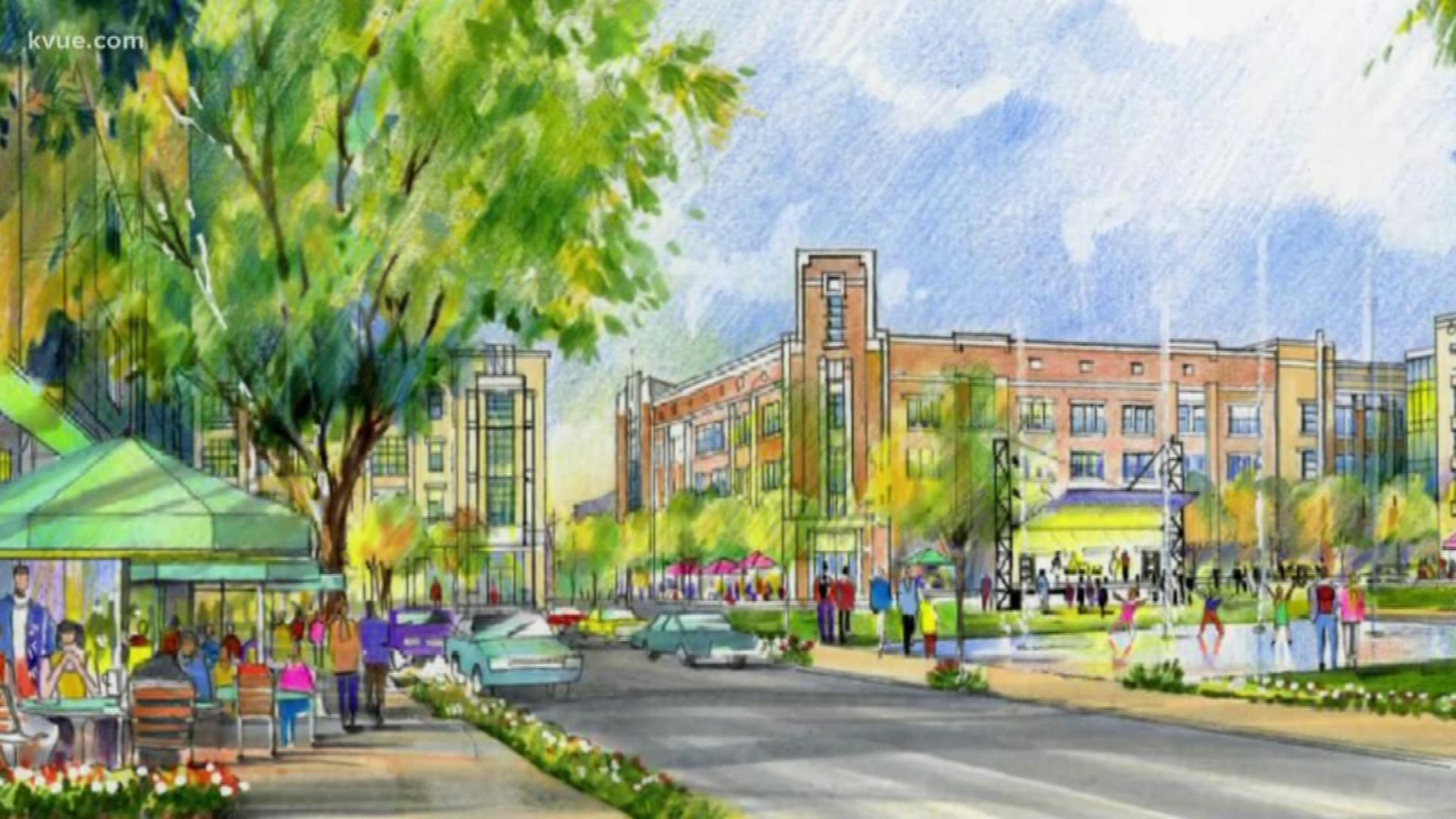 LEANDER, Texas — It's a project Leander city leaders said has been a long time coming as they prepare to soon break ground on a downtown district with a modern and urban feel.

The "Northline" development will sit on nearly 115 acres of land, and is expected to be a mix of retail, housing, hotel, business and restaurant space, as well as a park.

City Manager Kent Cagle shared that city leaders are excited to finally build and create Leander's downtown scene, explaining that needing to keep up with the town's massive growth has been essential.

"We hoped for it, the City has been working on this type of development even before I got here, so it has been in the long range plans -- so another reason everybody's excited," he said. "We've worked very hard for a very long time to make this happen. The growth in Leander's phenomenal. I expect when the census update comes out in May, we'll be the fastest growing city in the nation -- over 50,000 population. Currently of all the cities over 20,000, we're the fastest growing."

The city's new downtown will be located near the north end of the Capital Metro line in an area locally known as the "Transit Orient Development," or TOD. The new Austin Community College - San Gabriel campus and St. David's Emergency Center are also both in the area where the Northline will be built.

The city is working alongside Austin developer Alex Tynberg and David M. Schwarz Architects Inc., a Washington, D.C.-based firm, to design the Northline.

While crews are beginning the project shortly, it will take an estimated 10 to 15 years for the entire downtown scene to be complete. When it's all finished, it's expected to be worth $800 million.