Ivan and Hilda Ramirez fled Guatemala several years ago. They sought sanctuary at an Austin church and have lived there since 2016. 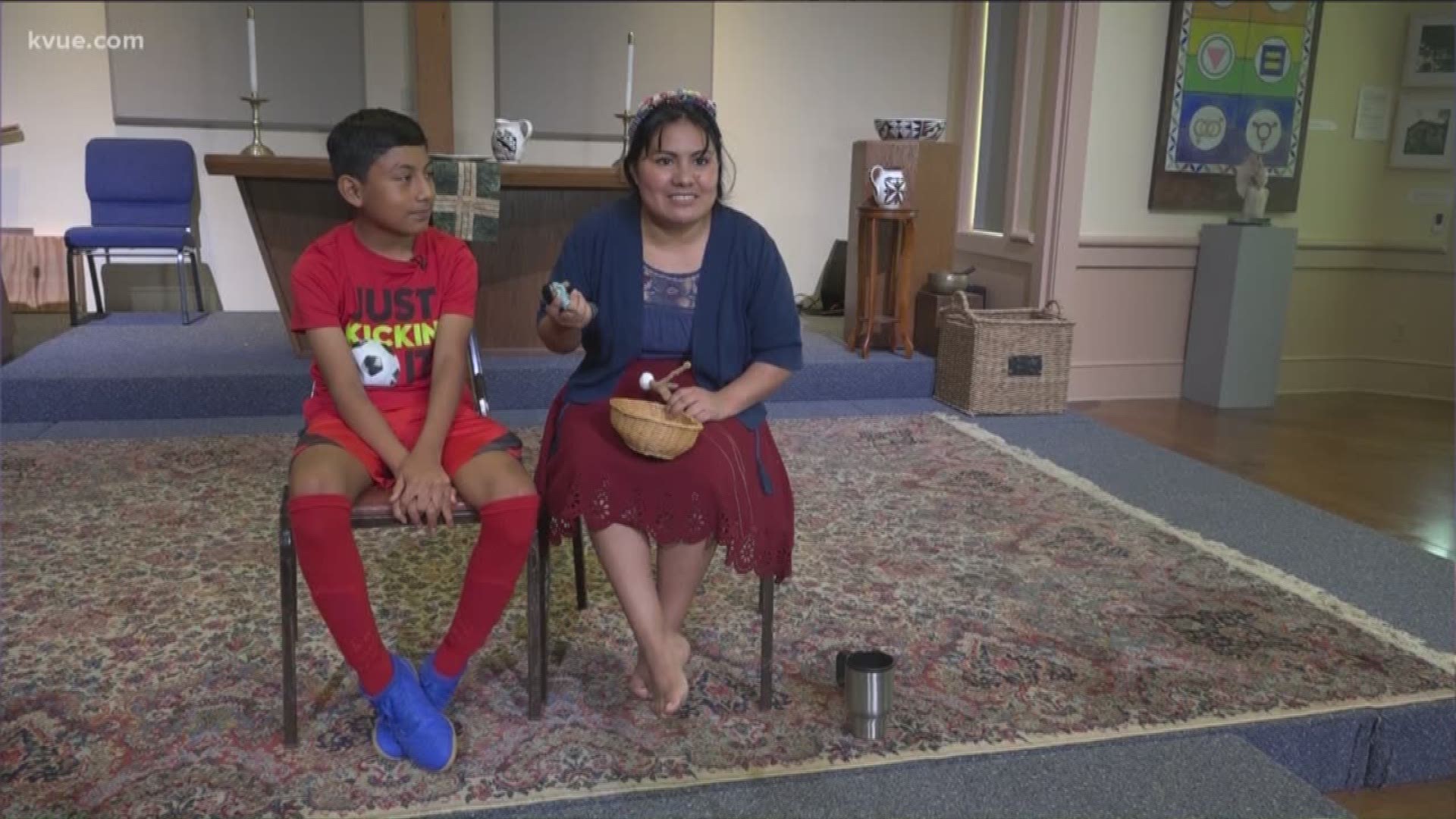 AUSTIN, Texas — St. Andrews Presbyterian Church in North Austin is home for 13-year-old Ivan Ramirez and his mom, 31-year-old Hilda Ramirez. It's been that way since 2016.

They fled their native country of Guatemala in search of a better life. They crossed the border, spent time in a detention center, and sought sanctuary at St. Andrew's Presbyterian Church after Hilda decided to stay in the U.S., where they live in a classroom.

"We feel it's right as a church to open our door when someone is fleeing violence," said Jim Rigby, a pastor at St. Andrews. "I mean, to us, that's a commandment."

Rigby told KVUE Ivan can go to school and play soccer outside, but his mom barely ever leaves the church. She's worried if she steps foot outside, she could be deported.

"Hilda can't watch her son play soccer; she can't go with him to the doctor – he's growing up and she's not able to be a part of that," said Rigby.

But looming ICE raids and a hefty fine from ICE has the family worried about potential deportation.

RELATED: Churches jump into action with threat of immigration sweeps

Last week, Ramirez received a letter saying she owed more than $300,000 to the federal government.

"Five-hundred dollars a day for being in the United States," said Rigby, "It really is that terrorizing tactic just to frighten them and to frighten away their allies.”

The Austin Sanctuary Network posted about that letter on its website.

A new asylum rule in the Trump administration's campaign to slow the flow of Central American migrants crossing the U.S.-Mexico border is expected to take effect on Tuesday.

The rule states asylum-seeking immigrants who pass through a country such as Mexico on their way to the U.S. must first apply for refugee status in that country rather than at the U.S. border. If they fail to do so, they would be ineligible to seek asylum in the U.S.

RELATED: The number of people crossing the border illegally dropped in June

For now, Hilda and Ivan are thankful for a place to stay, but are hoping for better.

"I want them to think what would they do if they were eight years old and they were in my case or in my mom's case," said Ivan.