Kade died in 2018 after climbing a wrought iron fence and getting his neck stuck between the railings. 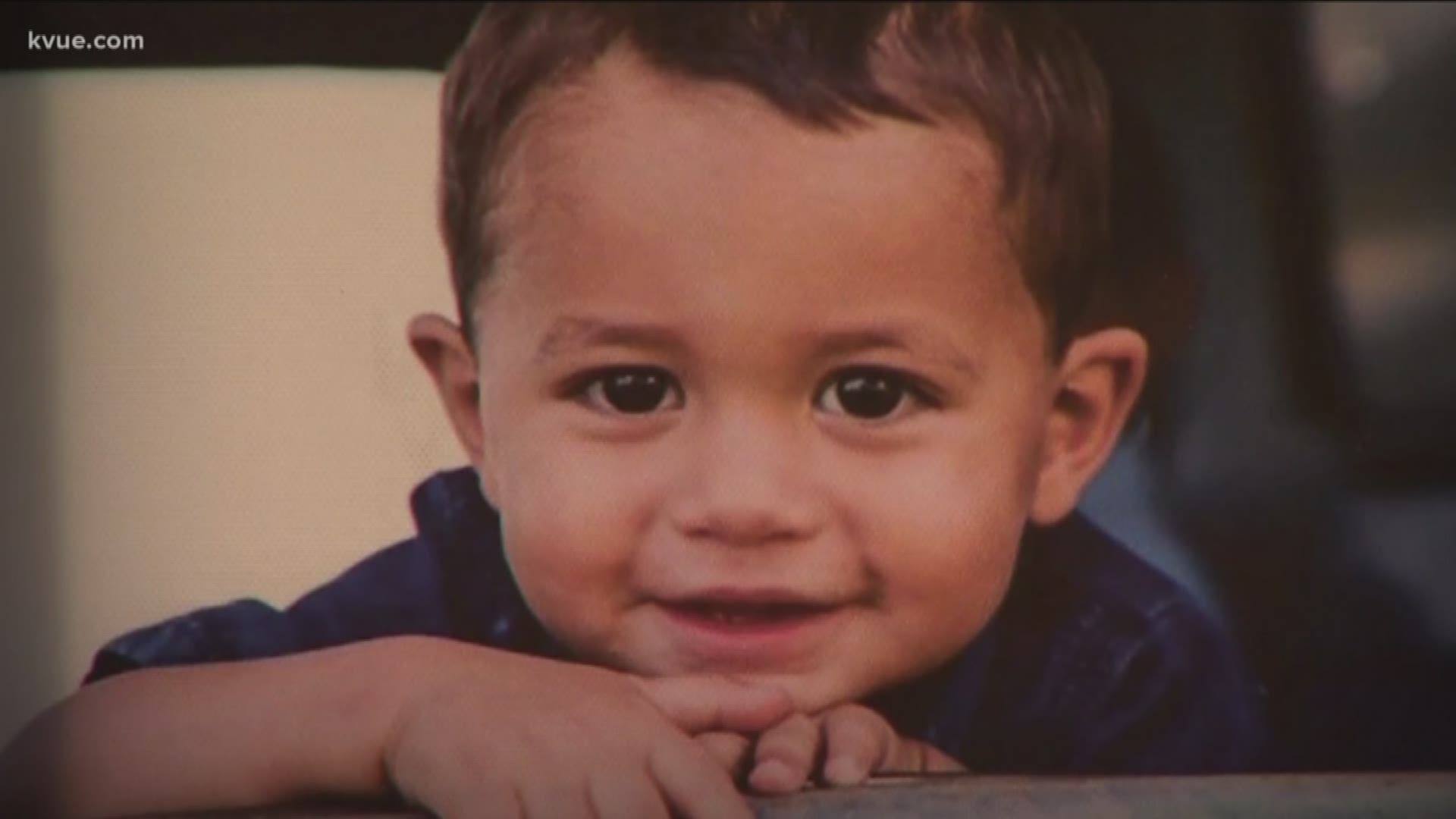 GEORGETOWN, Texas — A Georgetown mother is funneling her grief into action and trying to help as many children as she can.

Julie Damian lost her middle child, 2-year-old Kade, in March of 2018, after he climbed a neighbor's wrought iron fence and got his neck stuck between the railings. He suffocated before first responders arrived.

Damian is working with the City of Georgetown on a new park. It's set to be called the "Kade Damian Memorial Children's Park" after her son and for all children who died too soon. It's located at 1306 Country Club Drive near the hike and bike trail and North San Gabriel River.

When you arrive, it doesn't look like much now, but Julie Damian hopes to turn the undeveloped land into something special.

"This is the future site of the Kade Damian Children's Memorial Park," Damian said.

Damian is partnering with the City of Georgetown to transform the six acres into an interactive park, because Kade was all about playing.

"He loved to play, climb, go down the slide, play with his brothers," she said.

But in March of last year, a freak accident took the 2-year-old's short life.

"My husband found him on the fence and his neck was caught in between the rails. At the top there's those bars that stick up and it's a low fence, about four feet, but it's got those horizontal bars, a low one and a top one, and he had apparently pulled himself up using the bottom rungs to step on and tried to pull up over, and when he did pull over, he got stuck," she recalled.

A few days later, Damian called Kimberly Garrett, the director of Parks and Recreation for the City of Georgetown.

"It was very sad," Garrett said. "I have two daughters of my own. Just trying to imagine what happened to Kade was just a tragic accident."

Both have been working on the park since.

This summer, the City of Georgetown and Damian's nonprofit foundation, The Playful Child Foundation, came up with a fundraising memorandum of understanding. It states Damian's foundation will come up with the money to build the park while the city oversees the construction.

Not a day goes by Kade isn't in his mother's thoughts.

But Damian knows she isn't the only one grieving. That's why she wants other children who also died too soon to be a part of the park as well.

"You want some way to tell the world they existed, that they were here, that they mattered so that they're remembered," she said.

Damian has already raised $25,000. All of that went to surveying the land and for coming up with blueprints for the park.

This is a three- to five-year project so there is a long way to go.