Creative Closure allows people to smash things to get out their emotions. But the reasoning behind the business is deeper than you might assume. 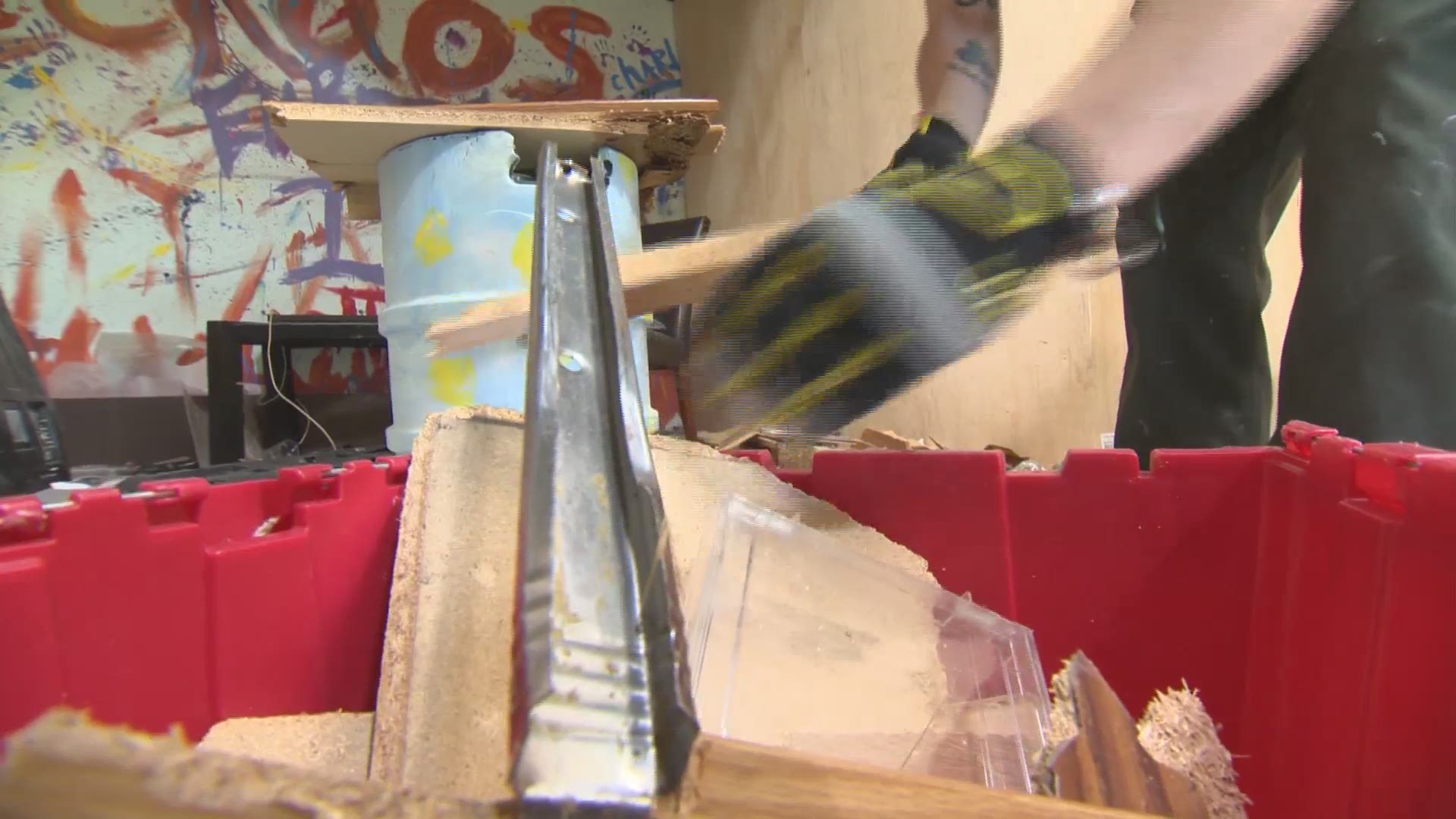 HUTTO, Texas — Every once in a while, we feel the need to let some emotions out -- and it can help to smash things.

That's exactly what a business in Hutto, Chaotic Closure, allows people to do. But their reason is deeper than you might assume.

Between customers, Ciara Gammon cleans up the rooms built out of plywood in her Hutto warehouse.

It's something you get used to when you're in the business of breaking things.

Gammon started Chaotic Closure in November 2018 as a way to help people work through any issues. 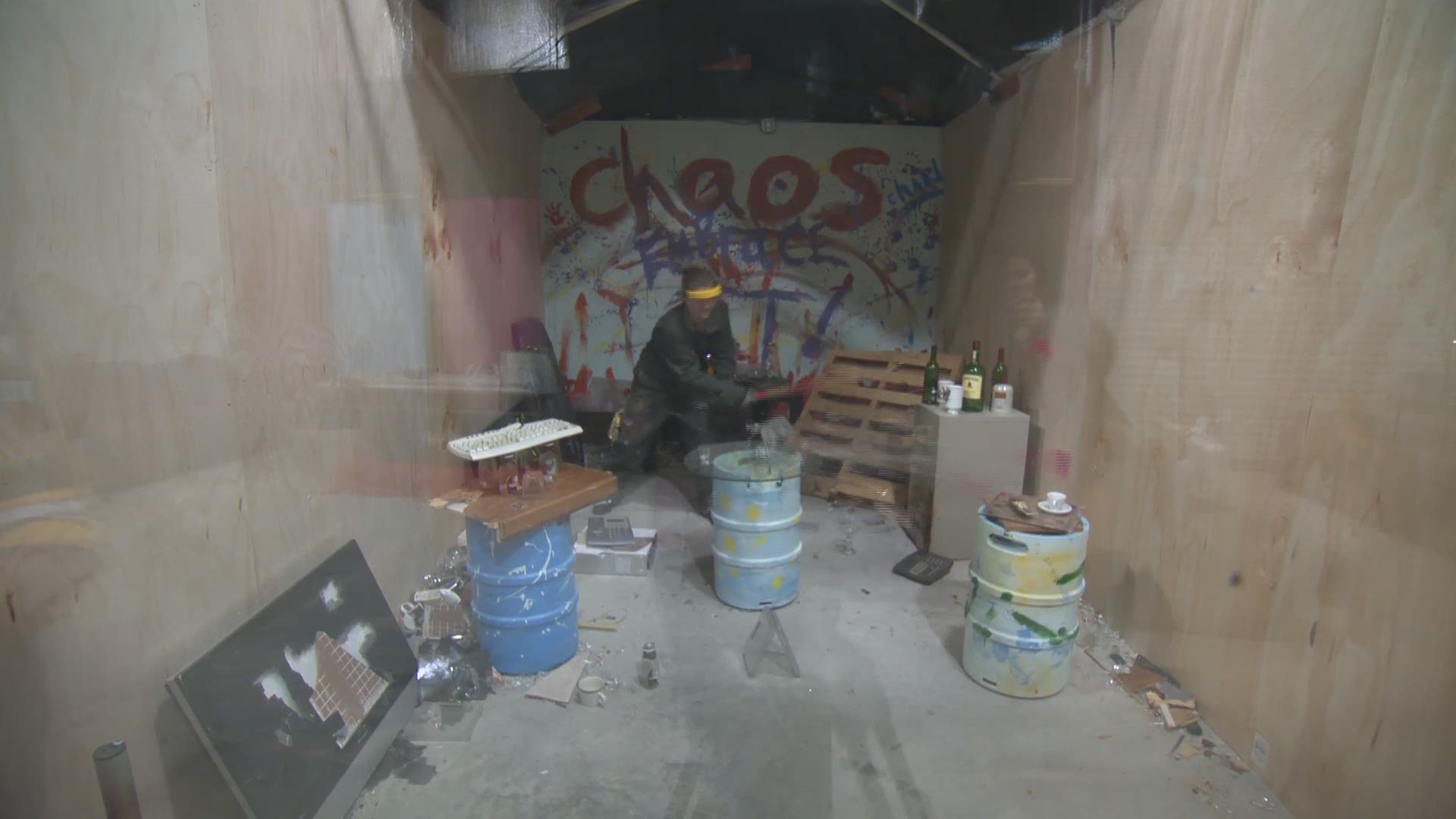 The idea of sweeping up the pieces came from a coping method that she and her family has used for years.

"Most people don't like to talk about it, I usually don't," Gammon said. "I'm very closed off when it comes to my depression and my anxiety, and it's hard to be that way...and then my brother, Charles, decided he could no longer deal with his battle and he decided to take his life. And it's been just over a year and a half."

In her business, there is a mental health wall with a painting of her late brother. The business was dedicated to him and people can smash things in his honor.

From time to time, she herself gets into the rooms and takes a swing because in the business of breaking things, sometimes you just need to pick up the pieces.