A giant sunflower and jazz musician stands out along a road in East Austin, but it’s the meaning behind the work that matters to the artist. 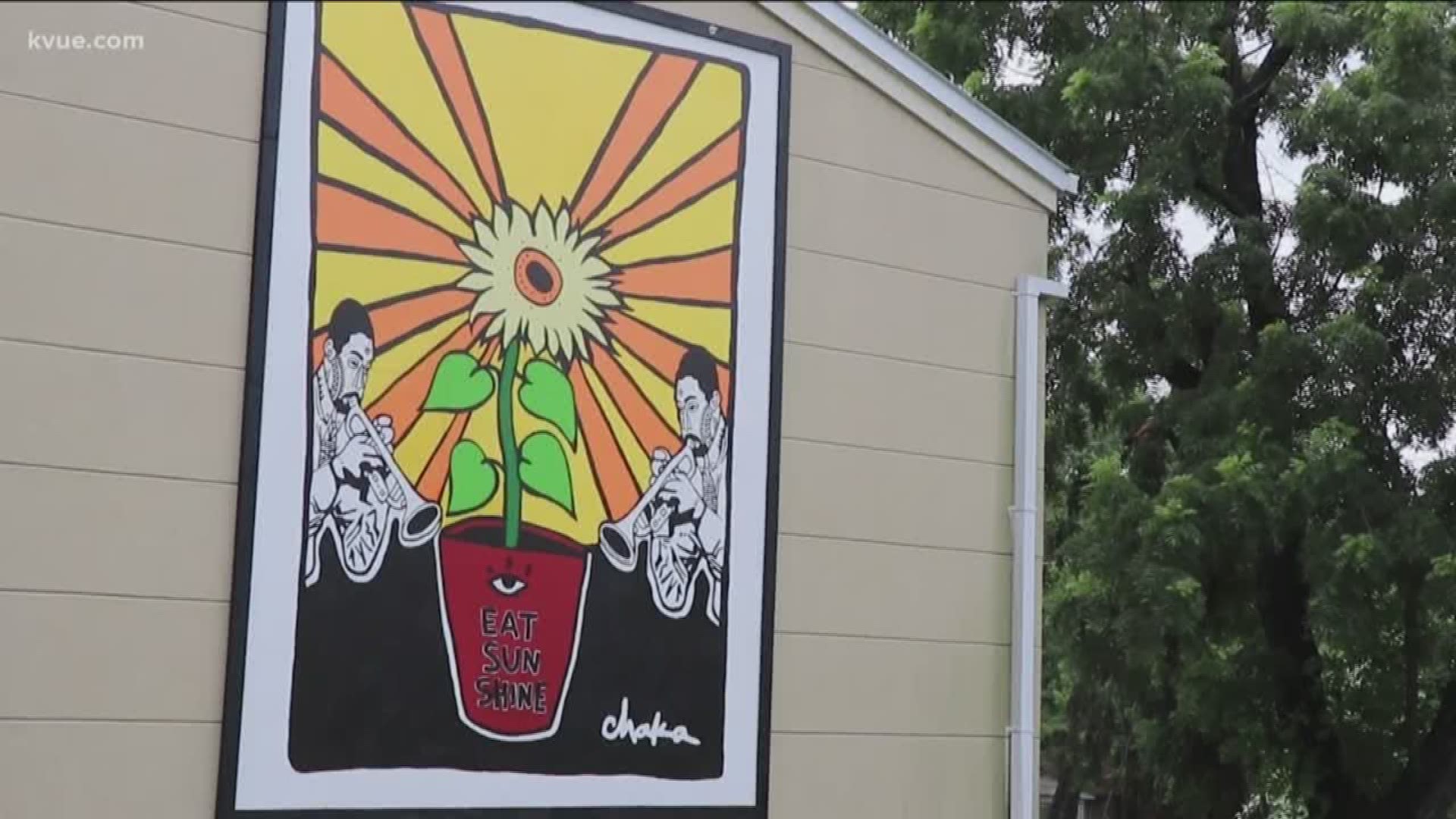 “There’s a figure there. His name is Kenny Dorham. He was an influential jazz musician,” Mahone said.

“The intent for the temporary public art program is to promote tourism, cultivate curiosity, spark imagination, engage the community in a meaningful dialogue about public art, foster work by local artists and cultivate exploration of the City of Austin," the Economic Development Department said on its website. "Artists are encouraged to create artworks that reflect the district in which they select to exhibit and design artworks that can be easily installed and de-installed."

RELATED: Selena mural in Downtown Austin erased hours after it was completed

“Artists like Kenny Dorham somehow get lost in the shuffle,” said Chaka. “We wanted to represent him from an ancestral space, meaning that he is here in a spiritual sense. A spirit never leaves a space”

He said it’s up to the individual looking at the art to determine their own meaning.

“I hope that people walking by, they stop in their busy day; take a look at it. Hope it gives them some inspiration … maybe it draws them closer. Maybe they’ll look at it and just find their own meaning within it that’s art. To me as an artist, my role, my responsibility, is to inspire people,” Mahone said.

This mural also highlights the importance of the African-American influence in East Austin.

“Inspiration for the mural on the exterior of Austin Public came from conversations between the artists and community members. The neighborhood expressed a desire for art that represented East Austin as a beacon for culture. The mural, featuring a vibrant sunflower framed by Texas musician Kenny Dorham, celebrates the history of Austin and radiates light out into the world,” an Austin TEMPO 2D project description said.

Dorham grew up in Austin. He attended an all-black school.

RELATED: Austin’s gentrification problem: How we got here

“Decreasing diversity and economic segregation are the side effects of Austin's affordability crisis,” Goudeau reported.

The problem dates back decades with city planners dividing the town and limiting growth east of Interstate 35.

Woman files lawsuit after pair of pit bulls attacked her, her dog while walking Austin trail

Maleah Davis: Timeline in the disappearance of 4-year-old Houston girl