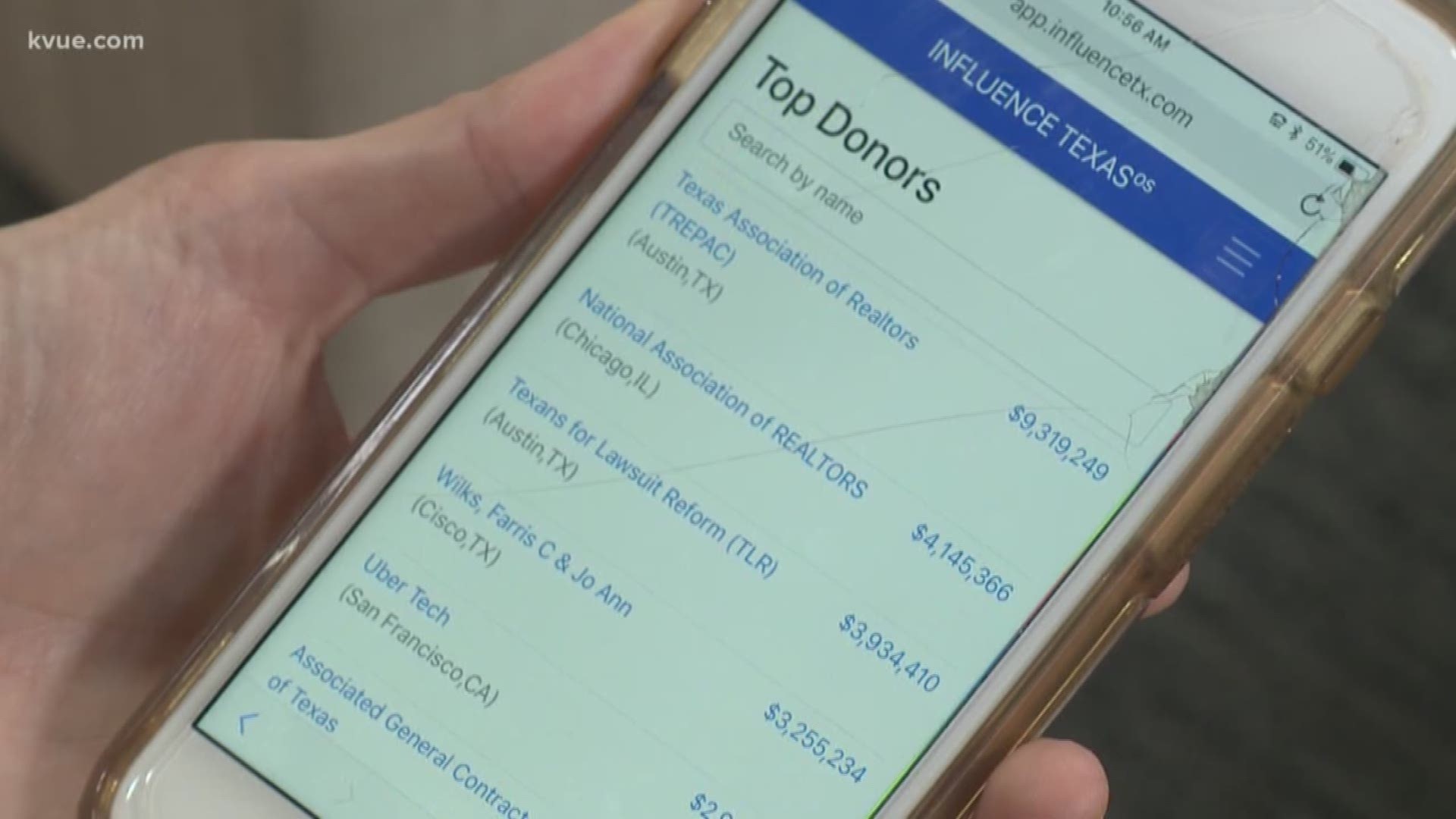 AUSTIN — Just in time for the mid-term elections, a new app is tracking money and votes in Texas politics.

With just the tap of the top donor tab, it was easy to find out who they are.

According to the app, the Texas Association of Realtors gave the largest amount during the last election cycle: More than $9.3 million.

Co-founder Michael Rollins said the information is beneficial for all voters.

"An average person can go look at what the voting record of their representatives is, right? There's no editorialization, there's no filtering, you have raw access to the data," said Rollins.

Without this app, that same information can be found on the Texas Ethics Commission.

Only you need filer identifications and codes. It can get complicated for users.

It not only shows you how much Texas lawmakers received in donations but how they voted during the 2015 legislative session.

The co-founder said she created the app because she was fed up with the 2016 presidential election.

"I was also frustrated in the 2016 presidential election and just it's a toxic political environment and I really wanted a place where I could go get some information on Texas, Texas politicians quick and easy," she said.

They are already working on a future version of Influence Texas that is expected to show several election cycles instead of just the most recent one. A more comprehension app that gives even more access to all taxpayers.

Influence Texas is a public benefit corporation, a for profit group that measures its success through it's mission rather through profit. If you would like to help out, the co-founders urge you to sign up for their mailing list for future surveys.