A new app is getting kids at one San Marcos school moving -- one minute at a time. 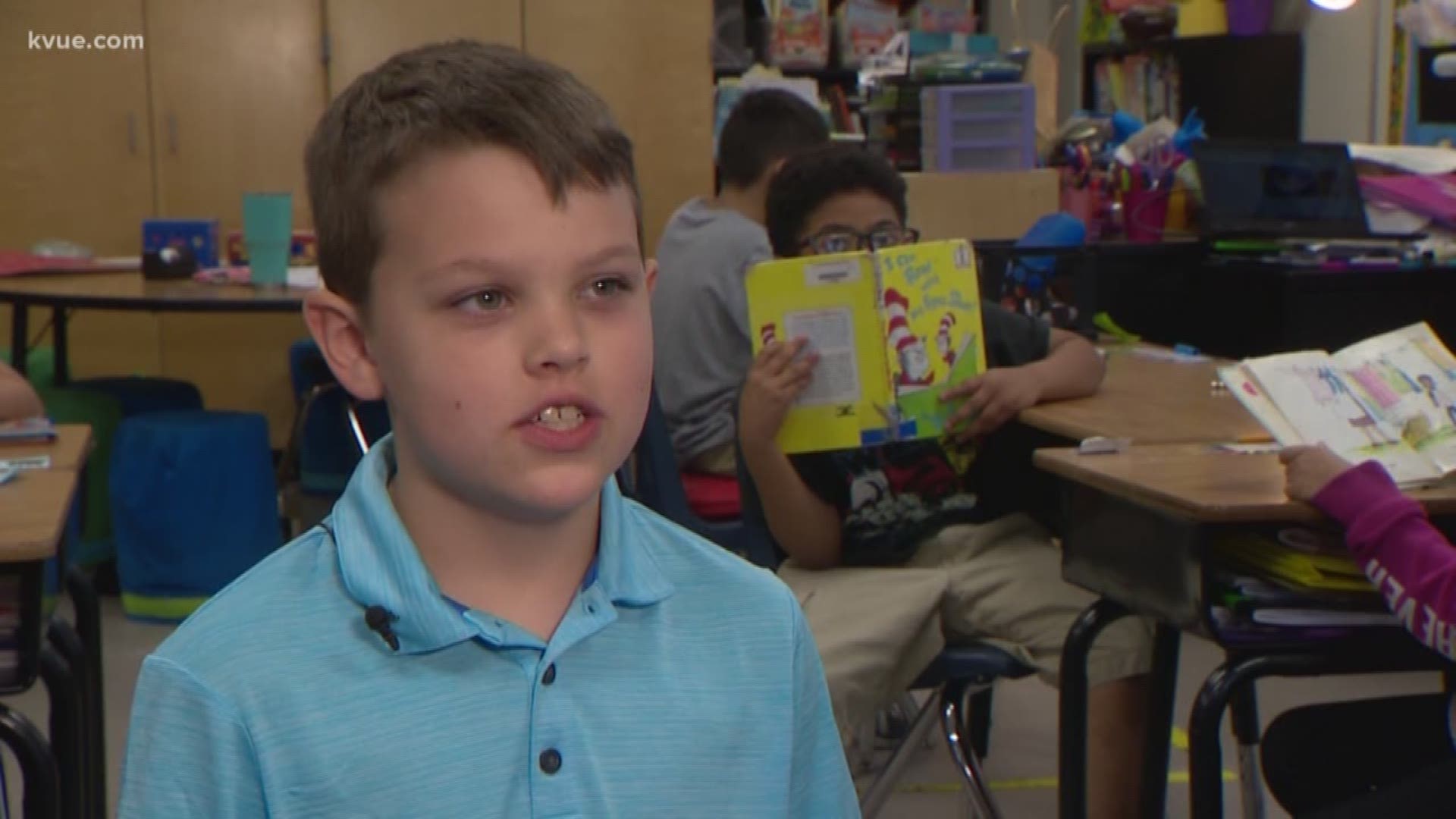 SAN MARCOS, Texas -- A San Marcos school is using a new app to get kids moving -- one minute at a time.

For a few seconds each day, second graders at Crockett Elementary School in San Marcos have a “brain break” with the new FlashFit app.

"It sort of wakes me up, that's what it does,” said second-grader Jeremiah Fischer.

The app offers 60-second videos with a variety of activities that get you moving.

“We sort of dance like a DJ,” said Fischer.

"They get up, and they get to dance around and they get to have a break from doing their school work or maybe wake them up or put them in a better mood,” said Doege. "I use it mostly in the morning when we're just coming to school and everybody's still tired.We get up, get moving, so everybody can wake up a little bit."

She said it truly only takes a minute at a time.

"It doesn't take a long time, it just takes a minute they know what to do, and so it's really just the minute,” said Deoge.

Angela Pierce has two kids at the school. She created the app.

"I had kids and I saw them sitting and sitting and it was killing me,” said Pierce. "It will remind you to get up and move."

Principal Keith Cunningham said he wanted to get kids moving, and agreed to launch a pilot program.

"Especially these younger kids, they can only maintain focus for so long before you have to kind of shift what you're doing,” said Cunningham. "I as an adult can't sit still for more than X amount of time. Kids certainly can't do it, and so it's just important. Learning theory shows that, we just know that kids need to move more."

Right now, they're trying the program in about 13 classrooms, and he said it's working.

"Any time the kids move and are having fun, it's a positive,” said Cunningham.

By this fall, Pierce said they'll have more than 50 schools using the free app in 30 states. She said they're also currently expanding to corporations and companies, so kids aren't the only ones getting fit.

"A lot of studies have shown that even small movement is very effective. Even more so than going to the gym three hours a week, it's better one minute a day here and there, every 45 minutes is actually better for your health,” said Pierce.

You can download the app for free in the App store.