Those at Safe in Austin feared it could be bacteria that killed other dogs. 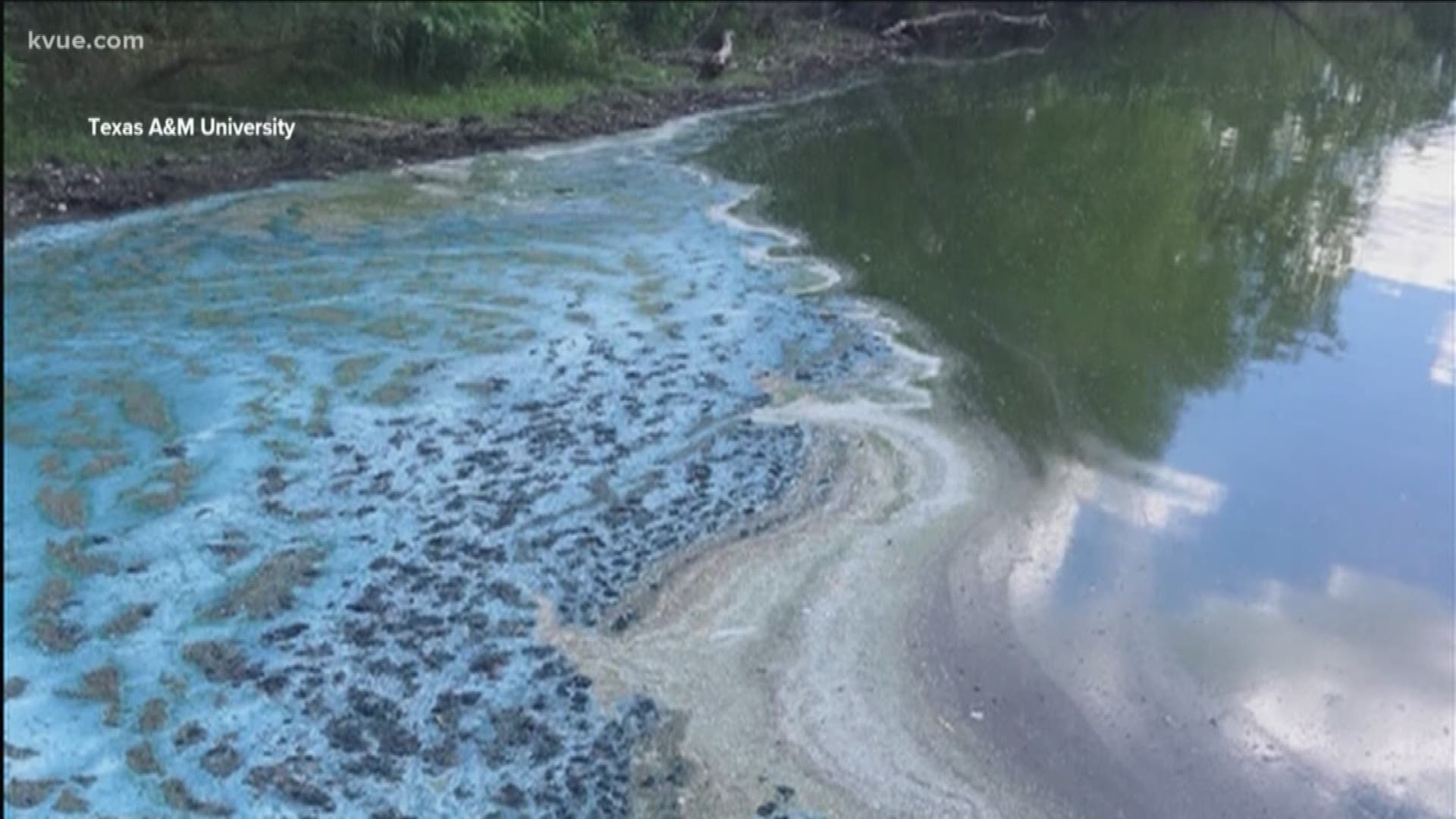 LEANDER, Texas — At Safe in Austin Rescue, rescue pigs Peter and Mya are used to eating their apples anywhere they want on the 10-acre ranch located in Leander.

That changed on Monday when a duck pond on the property changed color and became off-limits. Owner and operator Jamie Griner said the color changed pretty quickly.

"We kind of glanced over and we were like, 'Holy Hanna! It is neon!'" said Griner.

The duck pond sits in front of Jamie and David Griner's private home, which is also on the property.

"It just concerned us since we have been like everybody else seeing stories on the news about the dogs ingesting a toxic algae," said David. "So, of course, we went to the internet, and the pictures that we saw of people talking about the blue-green algae looked exactly like what we had in the pond and so that's when we began our freakout."

A freakout because the Griners operate Safe in Austin Rescue on the 10 acres they share with more than 120 abused and neglected animals they have rescued over the years. Safe in Austin is a nonprofit and operates on donations.

"I have 15 free-ranging dogs and ponies and pigs and chickens and ducks and turkeys and everybody," said Jamie. "And they all can have access to this, so I panicked. I tried to put everyone away."

They immediately started draining the pond and put a call out for help on social media. The owner of Living Aquatics responded and is helping the Griners.

We called Noel Troxclair, the county agent for Agriculture and Natural Resources for Texas A&M AgriLife Extension. She said the only way to definitively tell if your pond is infected with toxic cyanobacteria, which is produced by the blue-green algae, is a two-prong test.

The first is a visual identification.

"The next step would be to actually test the water for the toxins. One species of cyanobacteria may produce one toxin, others may produce more than one toxin," said Troxclair.

The Griners are considering testing but it's too expensive for a nonprofit organization that lives on donations. They already have to find the funds to pay for the aerating system needed for the duck pond.

To help Safe in Austin Rescue help raise the funds for testing and the aerating system, click here.