Waste Management has filed a proposal with the TCEQ to be able to build a transfer station at a northeast Austin landfill. 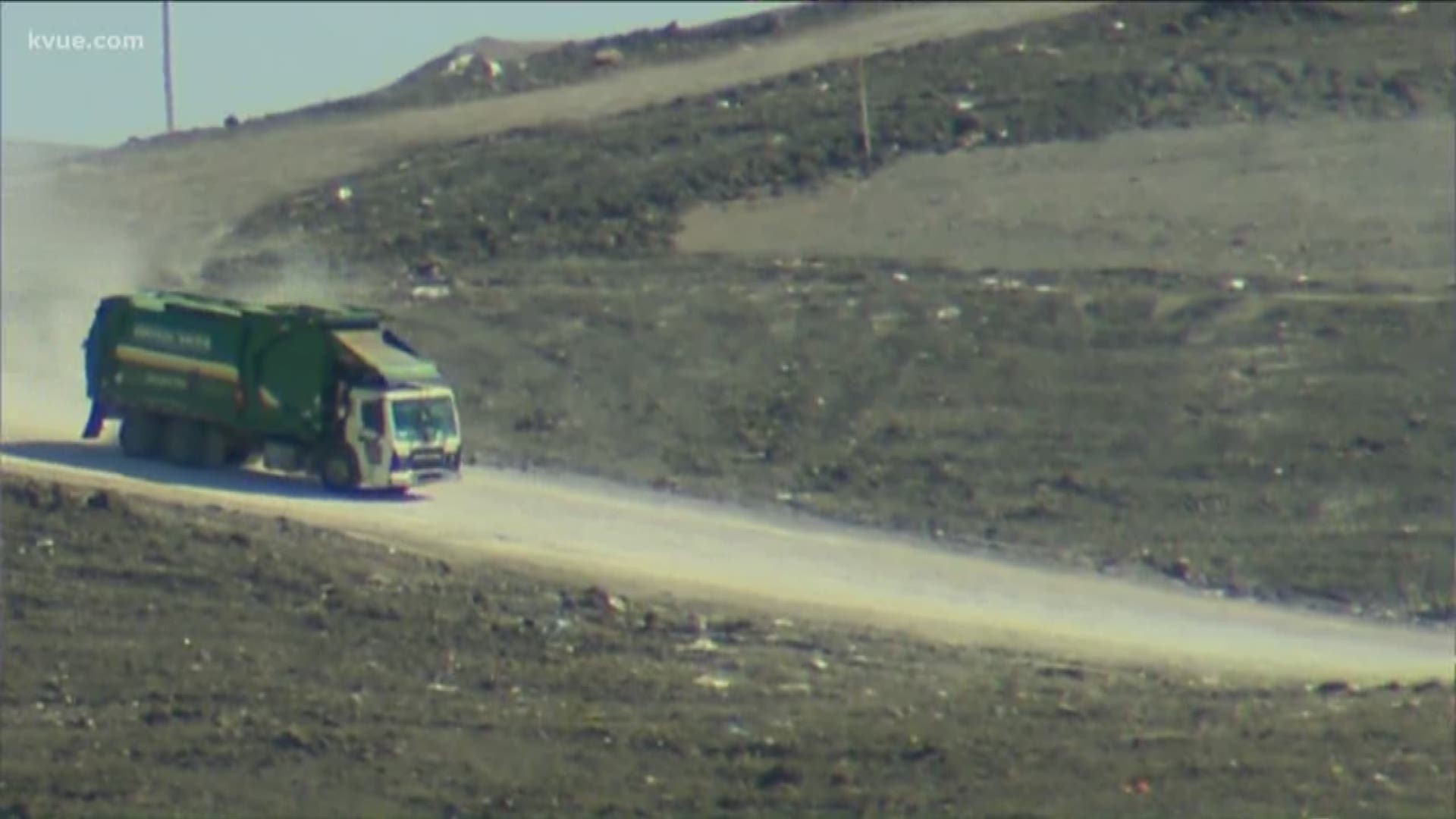 AUSTIN, Texas — A meeting held on Thursday night by the Texas Commission on Environmental Quality (TCEQ) gave people the chance to weigh in on a proposed transfer station in northeast Travis County.

Waste Management filed a proposal with the TCEQ to be able to build a transfer station at the current landfill, but neighbors complain the stench gets worse by the day and that the company already hasn't been a good neighbor.

The public hearing was requested by State Rep. Celia Israel, who represents the district.

"We would much prefer that they find a new location, create a state-of-the-art facility and have this landfill have the respectful death that it deserves," Israel said before the public hearing. "This is a dense area. There's big employers in the area. It's changing and growing."

Israel told the TCEQ and Waste Management representatives at the meeting the ZIP code where the landfill is currently located is expected to grow by 74% by the year 2040.

More than 100 people attended the meeting and at least 26 signed up to speak, most complaining that the landfill puts off bad smells and affects their quality of life and safety, because of wildlife attracted to the area, in nearby neighborhoods.

In just a mile around the landfill, it's estimated there are more than 2,400 homes.

"Well, you can see behind us obviously the problems with bringing a million tons of trash into a community every single year," said Jeffery Jacoby, who works for the Texas Campaign for the Environment. "So it's time that this landfill is done."

Jacoby disagrees with what the company is planning to do at the landfill.

Waste Management said without this transfer station being built, the landfill will only be able to operate for another five years.

In a statement to KVUE Waste Management said in part:

"While more and more people are recycling, there is still a need for safe, environmentally responsible waste disposal ... WM looks forward to working through the transfer station application process."

But Israel wants Waste Management to use those five years to find a new site, get it permitted and build a state-of-the-art transfer station.

"We've got to be more thoughtful about what we do with our waste," Israel said. "So I would like to see them be the leading voice for how we do that next generation of waste management. Don't just take your old facility and try to turn it into something else."

For Jacoby, he's hoping they stop it before it's built.

"Yeah, absolutely, neighbors will continue to have to deal with noxious odors, heavy truck traffic, the vermin, again for decades and decades to come," he said.

That meeting was held at Bluebonnet Elementary.

TCEQ told attendees it will use the feedback when considering approval of the permit, but wouldn't say how long the entire process could take.