Jenny Lorraine said the rainbow-colored, 80-pound cabinet was stolen right out of her yard. 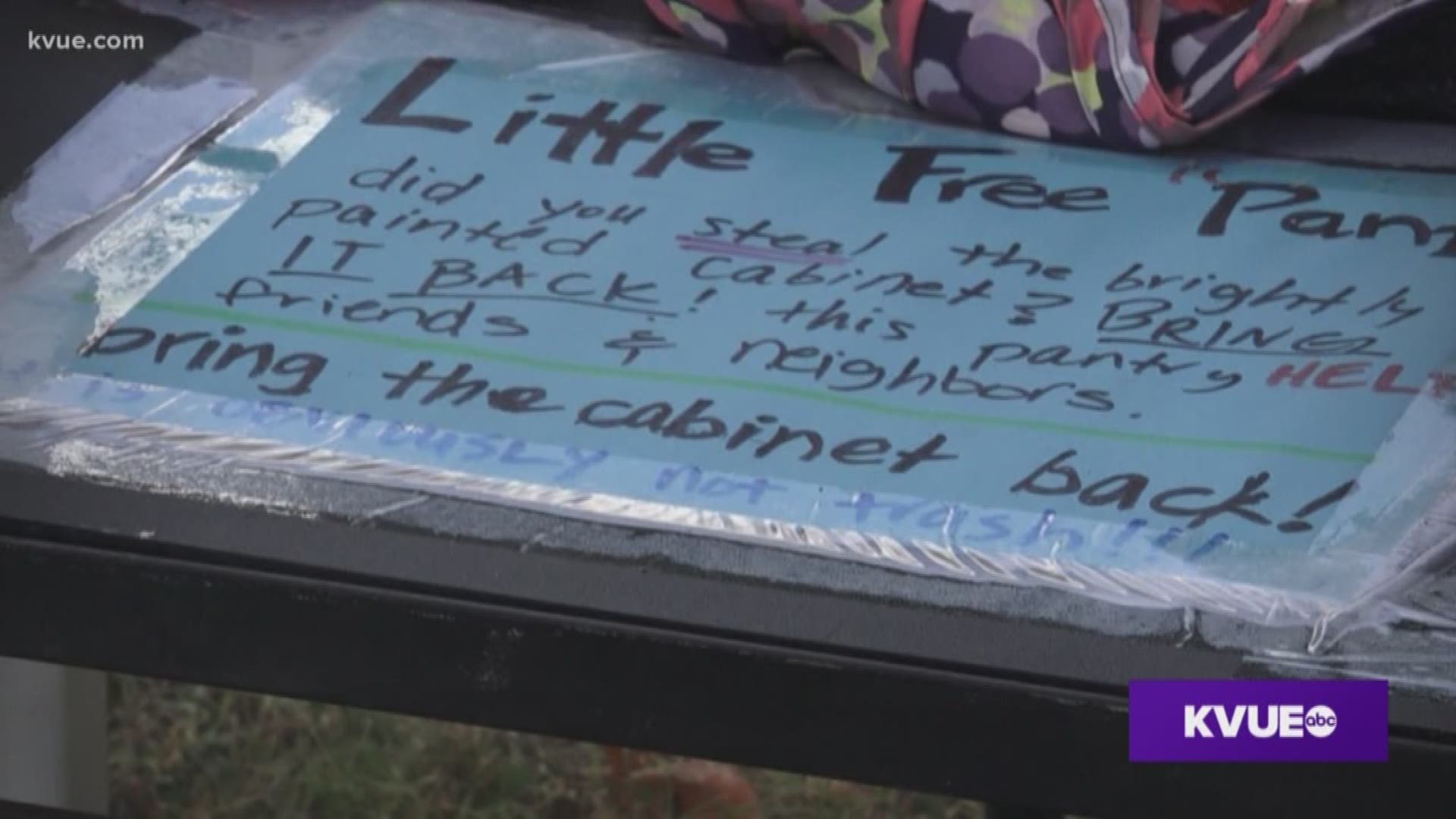 AUSTIN — A unique pantry with the purpose of helping those less fortunate has been stolen from a Central East Austin neighborhood, and it happened just days after its creator shared her story with KVUE.

"It's very frustrating that someone would take advantage of this," said Jenny Lorraine, who started the Little Free Pantry outside her home.

Now she is very upset.

"Who needs a rainbow-colored, 80-pound cabinet," she exclaimed.

The Little Free Pantry was on the corner of Cloverleaf Drive and Cameron Road in Austin. Lorraine said it was stolen in broad daylight.

"I stood outside and looked around to see if someone moved it," she explained.

Afterwards, she then noticed that the entire cabinet was gone.

"It's very disappointing because after the story aired on KVUE, people where using the cabinet so much more," Lorraine said.

The stolen pantry has since been replaced by a small cabinet donated by a neighbor, and only a few things are left on the shelves.

Lorraine's neighbor, C.A Cowser, was the person who made the original pantry.

"I've never built a cabinet, so it kind of hurts that the first one was stolen," Cowser said while working on building a replacement. "I think what she's doing is a great thing for the community. It's a shame this happened, but we're going to rebuild it better this next time."

Hoping others take on the same role the colorful box once had in giving without expecting to receive.

"I hope that cabinet makes you happy," she said sarcastically.

Lorraine says you can help rebuild the pantry by dropping off cured wood and donations. She's hopeful to get a more secure pantry made so this doesn't happen again.