A subdivision in Hays County said they have filed a lawsuit against Mark Black Wedding Venues because they say a private road is getting too much traffic. 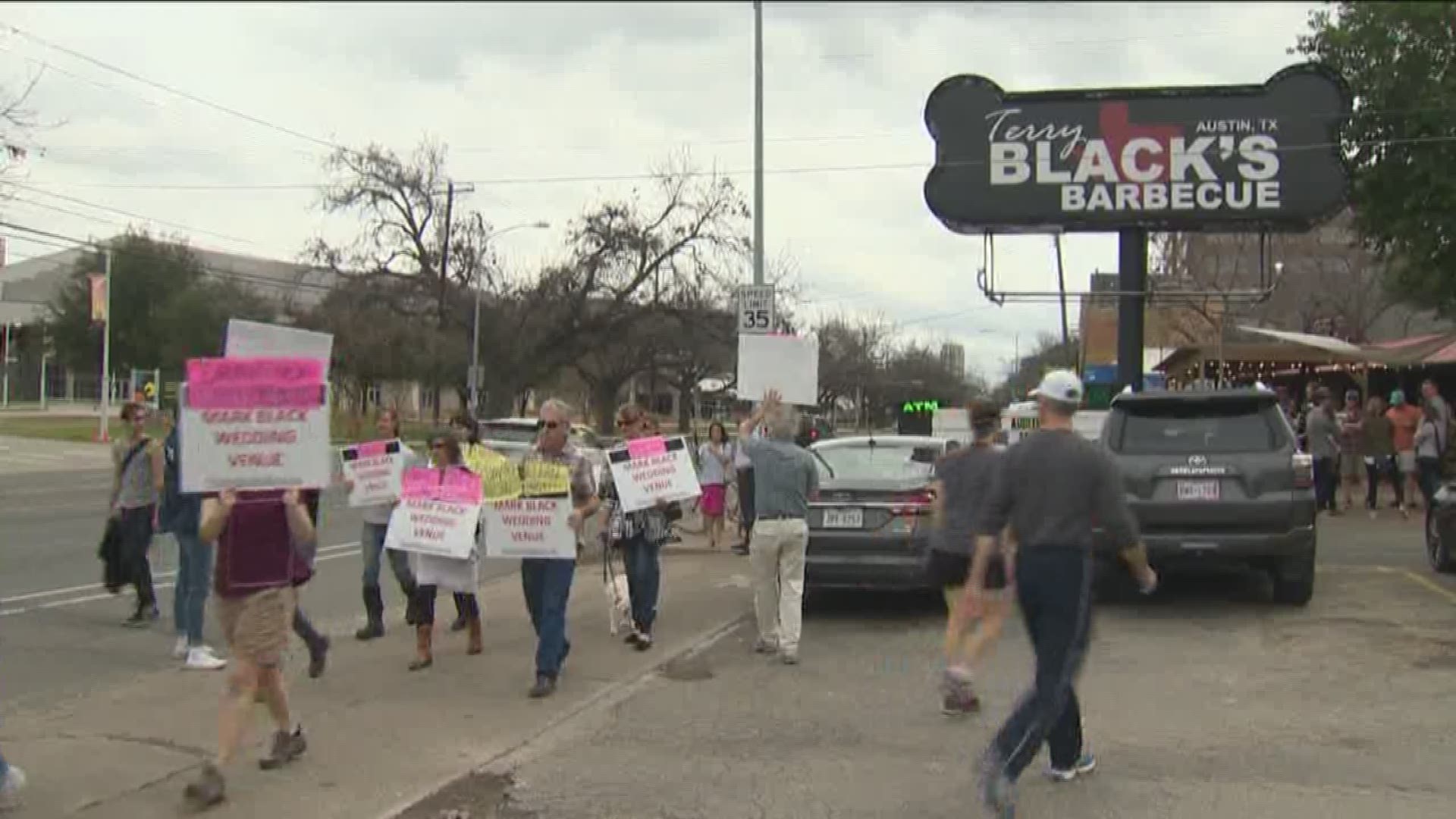 HAYS COUNTY, Texas — One day before Mark Black of Terry's BBQ is reportedly set to appear before the Hays County Commissioners Court to discuss a wastewater permit, a Hays County subdivision is planning to appear to bring its pending lawsuit to light.

The board of trustees with the Radiance subdivision -- a community of about 100 people approximately 20 miles southwest of downtown Austin -- said they filed a lawsuit on Sept. 26 with the Hays County State District Court in regard to a road called Concord Circle.

“Constant commercial traffic will damage our road,” said Bill Brock, President of the POA, in a written statement. “Which is why we want to make clear that the road is Radiance private property.”

For months, the neighborhood has been speaking out against the proposed wedding venue's potential intrusion on Crystal Hills Drive, a two-lane county road off 1826 that turns into Concord Circle. Roughly 500 people live on Crystal Hills Drive where brothers Michael and Mark Black have purchased 64 acres to build a new wedding venue. Neighbors complain that the venue will too much traffic and noise.

In March, Dripping Springs City Council approved a permit for the wedding venue in a 2-1 vote.

At the commissioners court Tuesday, the Radiance subdivision's board of trustees plan to alert the court, among other parties, to its pending lawsuit to halt all commercial use of Radiance community roads. There is a line on the Tuesday's agenda that says, "authorize commercial OSSF permit at 130 W. Concord Circle, Driftwood, Texas 78737."

This week we will start construction on what will be the most beautiful events facility in the Texas Hill Country. We bought 64 acres of unrestricted landing knowing what a special place it would be to share with the community. The majority of our neighbors have been welcoming and helpful, unfortunately a very small number of neighbors have continually tried to bully and pressure us into stopping our development. When the neighbors picketed our restaurant, Terry Black's Barbecue on Barton Springs Road, we knew they would stop at nothing to try to hurt our small family business. This new frivolous lawsuit is the latest in a string of attacks that has gone on for two years, despite us obtaining approval by multiple local, state and federal agencies. We look forward to handling this baseless lawsuit and our counter-suit in the court of law.