Nelson Linder said the idea of this protest is to show understanding and unity across the nation. 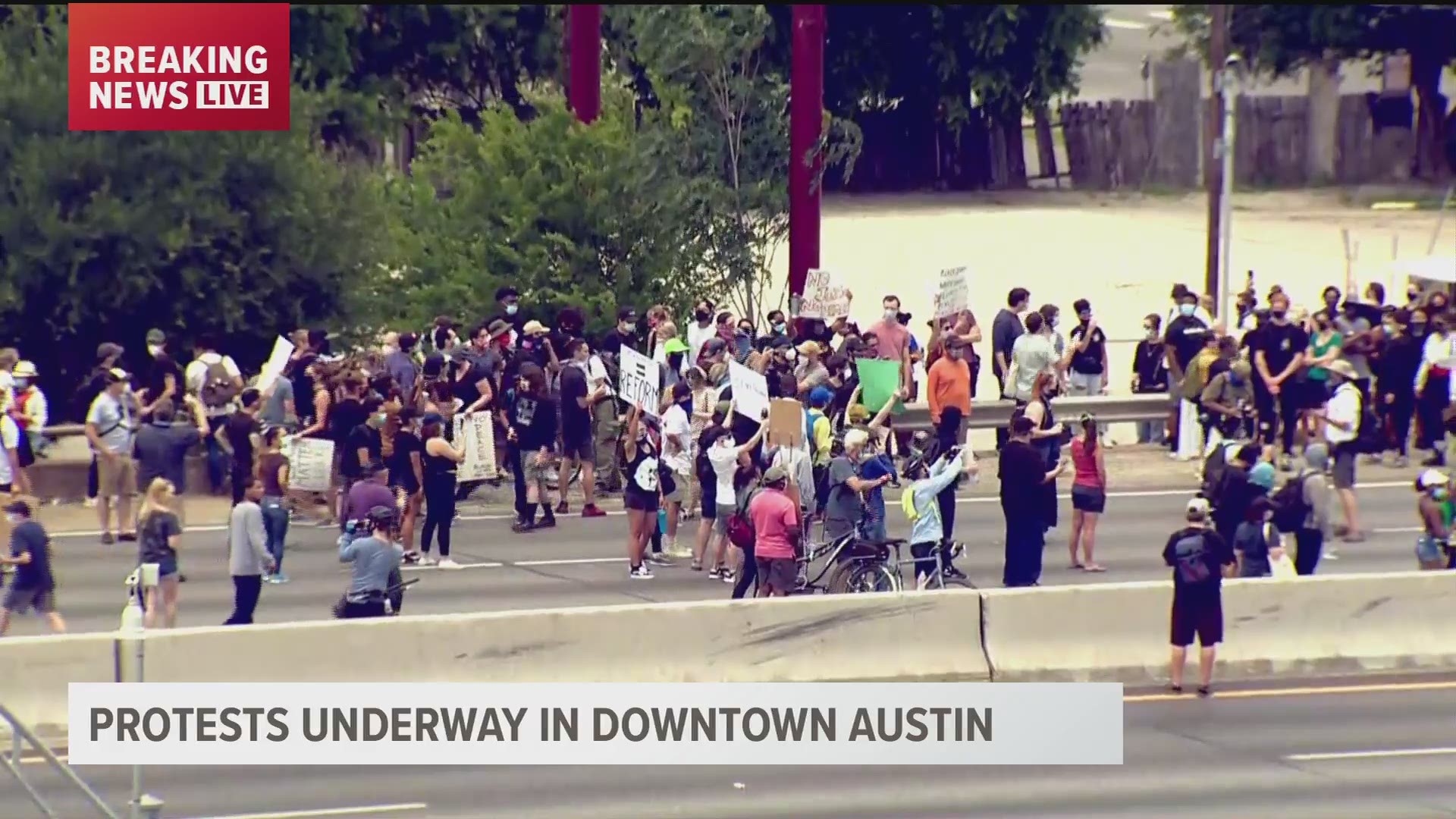 AUSTIN, Texas — The president of the Austin chapter of the NAACP spoke with KVUE on Saturday to discuss the ongoing protests that call for justice for the deaths of George Floyd and Michael Ramos.

Nelson Linder said the idea of these protests is to show understanding and unity across the nation.

"It's also important, I understand, that these protests must be peaceful and respectful. Otherwise, folks might get hurt. So, I think it's great to have the emotion, solidarity, the energy because that could lead to more changes," Linder said. "Like, for example, constitutional changes, changes in investigations. That's a good thing."

Linder said the goal of these protests is to address issues surrounding police brutality.

"When people typically organize these protests, their goal is typically peaceful assembly. But when this is a public event, you've got to track all kinds of people," Linder said.

He said the intention is always to not cause harm but to change society.

When asked about the case of Michael Ramos in Austin, Linder said the situation was mishandled.

"His case should be looked at closely, investigated properly and we need people to show their concerns, but it's going to go through a process," Linder said. "You're going to have a grand jury proceeding, the prosecutors, the judge. So, you understand that this is going to take you to another place and you've got to stand, but I've got to say it again, the idea of peaceful assembly."