'My life has been turned upside down.' Riders suing scooter companies speak out

Every person suing a scooter company said it's a scooter malfunction that caused their injuries. 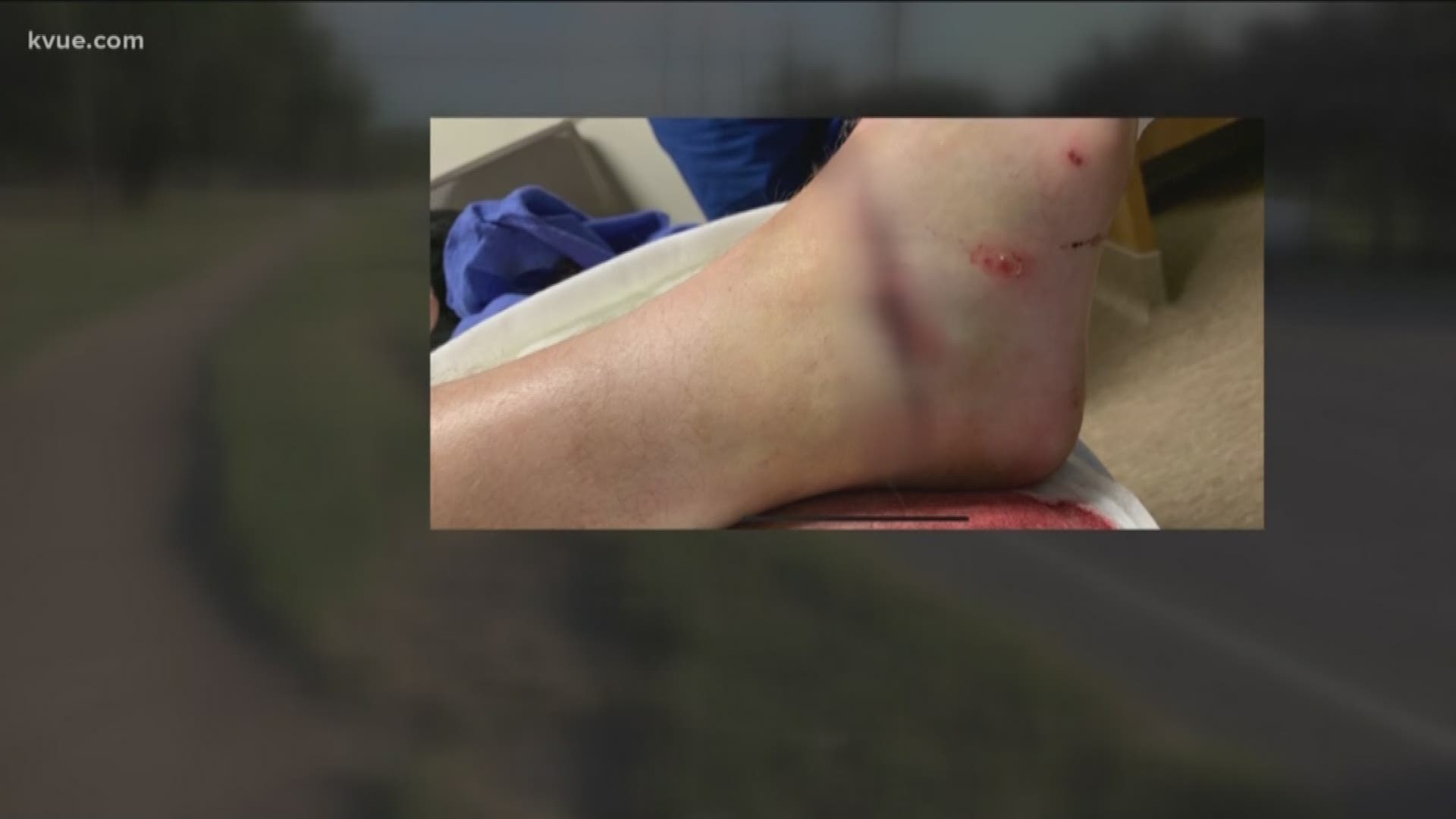 AUSTIN, Texas — A scooter ride ending with a broken bone in your body. It's happened to multiple people in Austin, and now some are taking a scooter company to court.

In less than a week's time this July, eight lawsuits have been filed against electric scooter companies operating in Austin. Every rider said a malfunction caused his or her injury. Now, these people are seeking money and want to change how these scooters are taken care of.

John Thomas Woodruff lives in Connecticut but was in Austin this past October for a work conference.

"My two colleagues and I were headed to dinner," Woodruff said.

They were riding Lime scooters on Guadalupe Street between Fifth Street and Sixth Street. That's when Woodruff said he unexpectedly was thrown off his scooter.

"The details are a bit fuzzy," Woodruff said. "Very unexpectedly and violently I got thrown from the front of the scooter. A Capital Metro bus then landed onto my left arm."

Doctors were forced to reconstruct his elbow with several screws. Since that time, he has gone to many doctors, went through physical therapy and went to some neurology appointments.

"The doctors have been realistic with me and said I'm always going to have this pain," Woodruff said. "It's just about managing it at this point. It really is unbelievable."

Woodruff's lawyer, David Lawrence, believes it. He thinks Woodruff's accident happened because of a bug Lime said it found in some of its scooters in February. The company said it caused "sudden excessive braking."

"The way Lime described it is almost identical to what happened to Mr. Woodruff," Lawrence said.

Woodruff isn't the only rider filing a lawsuit. Seven months ago, Chris Fife was riding a scooter home from work. He was going downhill on South Pleasant Valley Road when he started to pick up speed.

"I was trying to work the brakes – the hand brake and the foot brake in the back," Fife said. "Neither worked. It catapulted me 20 feet off of the sidewalk. After it happened, all I know is I'm bleeding profusely."

It caused Fife to get 20 stitches on his foot and miss about two months of work.

"I will likely have to declare bankruptcy for the medical bills," Fife said.

Logan Spaller moved to Austin in 2018 for graduate school at the University of Texas. He is a biochemistry major that works with his hands for most of his experiments.

He was leaving campus around 7:00 p.m. in late February. He said during his ride, he noticed his light was not correctly working, pointing up instead of towards the ground.

"There was a pothole that I couldn't see," Spaller said. "I hit the pothole, and the scooter stopped dead in its tracks. I got thrown off the front and landed on my right elbow."

After going to the emergency room, Spaller discovered he had fractures in his right elbow, getting a splint for about a month-and-a-half.

"I couldn't really do a lot of my experiments I needed to," Spaller said. "I wish the scooters would let riders know of the dangers more clearly before you ride them."

Austin attorney Jim Freeman is representing both Fife and Spaller as they are suing scooter companies for their injuries.

"I might be the first person to try one of these to a verdict," Freeman said. "None of the cases that I have are just bumps and bruises."

Freeman is referring to the seven lawsuits he recently filed in Austin, all connected to what he said is negligence from scooter companies.

"We don't want to cut the scooters off," Freeman said. "It's all about holding these companies responsible if their product causes an injury. The only time we're going after these is when their product is actually causing the injury."

We did reach out to both Lime and Uber, which makes the "Jump" scooters, as well as CapMetro. All three tell KVUE they can't comment on any of these situations since they involve current lawsuits.