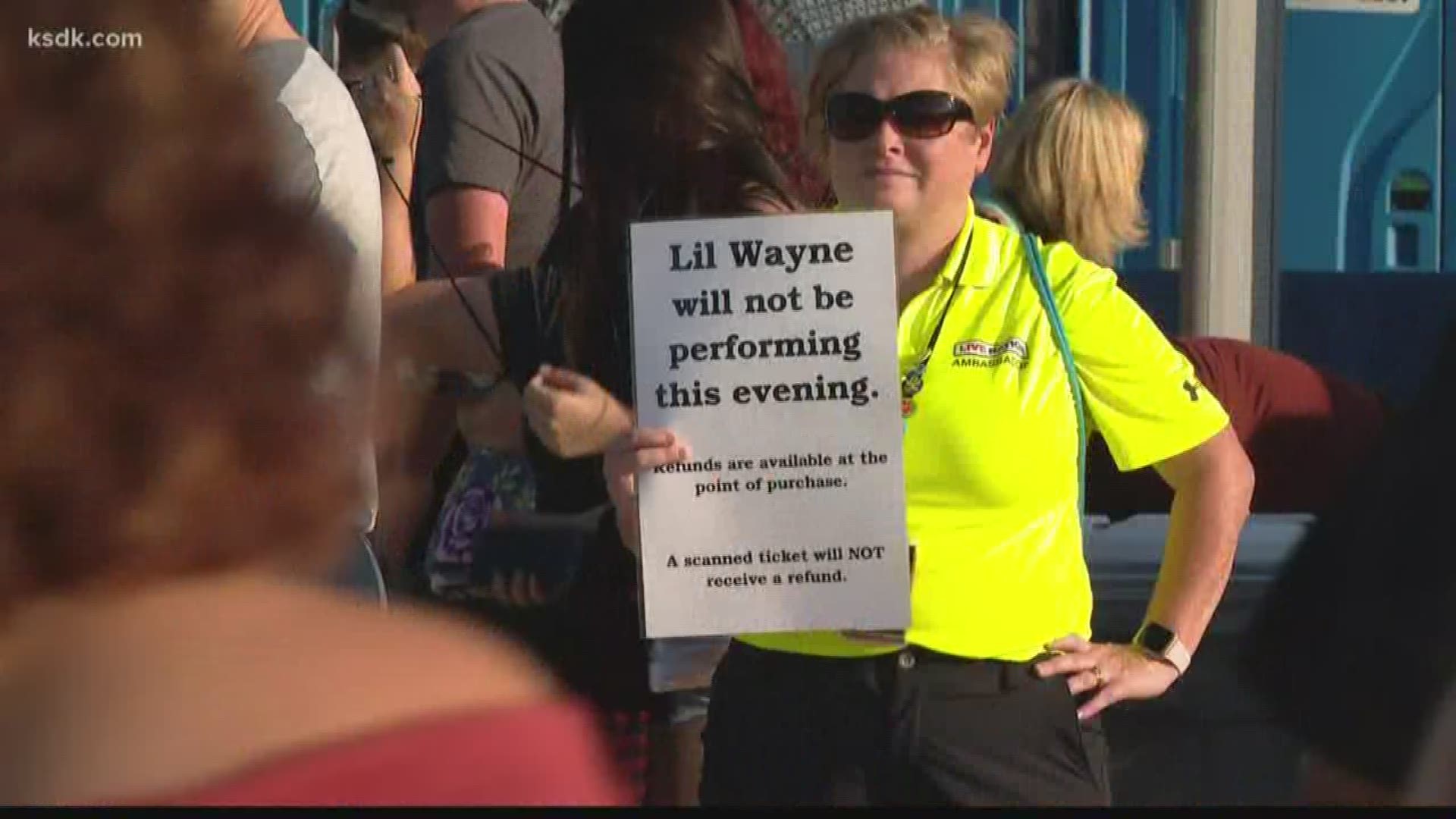 ST. LOUIS — "I was so sad my heart dropped," said one fan of when she heard the news.

Rapper Lil Wayne caused an uproar after he canceled his St. louis show with BLINK 182 at the last minute on Saturday.

"Its interesting especially because you have so many fans coming out to see him and that's like a slap in the face to the fans."

Like the 'G' in 'Lasagna,' Lil Wayne left St. Louis silently, only sending out this cryptic tweet:

RELATED: 'Sorry not doing the show': Lil Wayne backs out of St. Louis concert after incident at hotel

"It was really upsetting not being able to see an artist I looked up to for a really long time."

The Clayton Police Department said officers were called to the Ritz-Carlton on Carondelet Plaza around 10 a.m. Saturday for a disturbance.

Police said guests were complaining about the smell of weed coming from his room. The Ritz said they asked him to open a window and air it out.

His entourage then became verbally abusive and threatening, police said.

Officers were able to get control of the situation and calmed everyone down. There were no injuries or physical altercations with police.

"It's all hearsay, so you never really know what really happened," one fan said.

Despite what the New Orleans native tweeted, police said Lil Wayne was not kicked out of the hotel and left voluntarily.

"It shook me a little bit because I'm like that's kind of a weird reason to not come to a concert."

The incident leaving die-hard fans who traveled more than 2 hours to see Wayne hit the stage in limbo.

"We have to decide right now if we wanna go home or stay for Blink 82," a fan said.

Those who came to see the artist did get a full refund.

5 On Your Side reached out to the Ritz-Carlton for a statement and did not hear back.

Hollywood Casino Amphitheater released a short statement on Facebook that explained the rest of the show would go on as planned.

Hollywood Casino Amphitheatre St. Louis
As our Official Rideshare Partner, Uber is the smart way to get to t... he show and home when the night ends. Your driver will meet you in the parking lot near the entrance to Gate 5 near section A2.