Music to their ears: Changes in homeless ordinances impact busking in Austin

The Austin Music Commission says prior to the homeless ordinances changing, it wasn't clear if busking was legal or not. 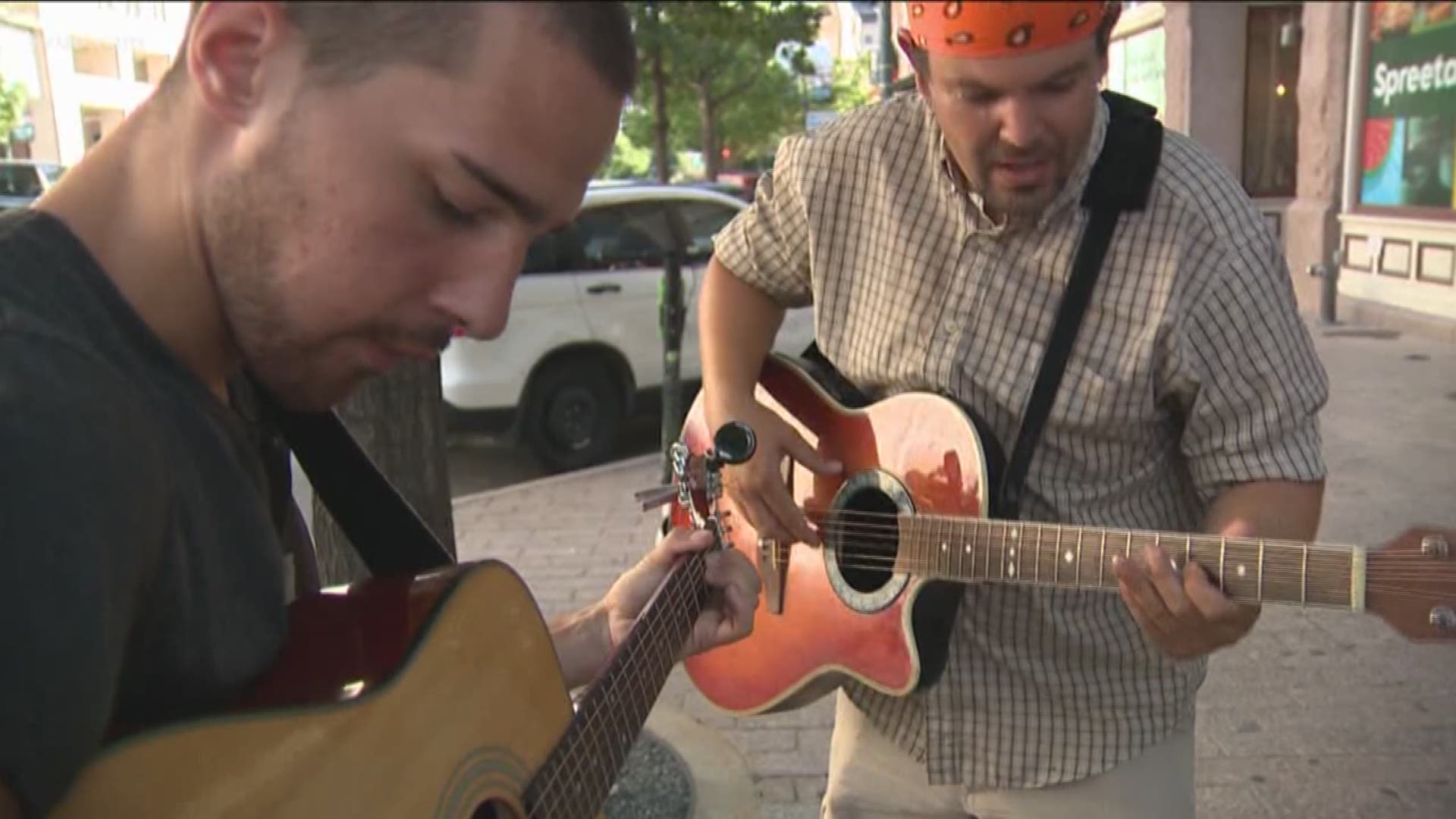 AUSTIN, Texas — There has been a lot of talk surrounding the recent changes to Austin's homeless ordinances.

However, with the changes to the homeless ordinances, other people are affected, like musicians.

"There were some ordinances that said busking was allowable but other people challenged that. So this just gives us a much clearer picture of what’s allowable and what’s not allowable," said Carney.

Busking is playing music or performing some form of art on the street, sidewalk or in a public place for donations.

Carney noted musicians still have to follow a noise ordinance and keep out of the right-of-way, but said the changes to the homeless ordinances stopped the confusion about busking's legality in Austin.

"Kind of the law of unintended consequences – the new ordinance on homelessness has allowed busking to take place without any question on its legality,” he said.

KVUE reached out to the City of Austin about the change.

A spokesperson said in a statement: "The amendments made by council to 9-4-13 removed the prohibition on the hours someone may 'solicit' funds downtown. Previously that restriction was 7 p.m. to 7 a.m. With the amendments, that restriction went away but performers are still required to abide by the noise ordinance portion in 9-2-3."

"I know that young musicians coming to Austin, with the affordability issue, it’s hard to make a go here," said Carney. "So every little bit that they can do, any performance opportunities, any extra income, is just going to help them be able to stay in Austin."

Andrew Price and Nathan Swope met in Downtown Austin on Tuesday and decided to start playing some music for the people.

"This is the first city I ever busked in. It’s a thrill. I love it," said Swope. "It gives a musician an opportunity to play in front of people."

Price said, while some extra cash is nice, he doesn't busk for the money.

Both Price and Swope said they were happy to hear there are not any questions surrounding busking's legality in the city anymore.

Days with 'feels like' temps of 100 degrees could double in coming decades: study