Dealing with any type of addiction can be difficult to handle on your own -- especially if it's connected to alcohol or drugs. One Austin rehab facility has discovered highly successful way to help people wuth their issues: through music. 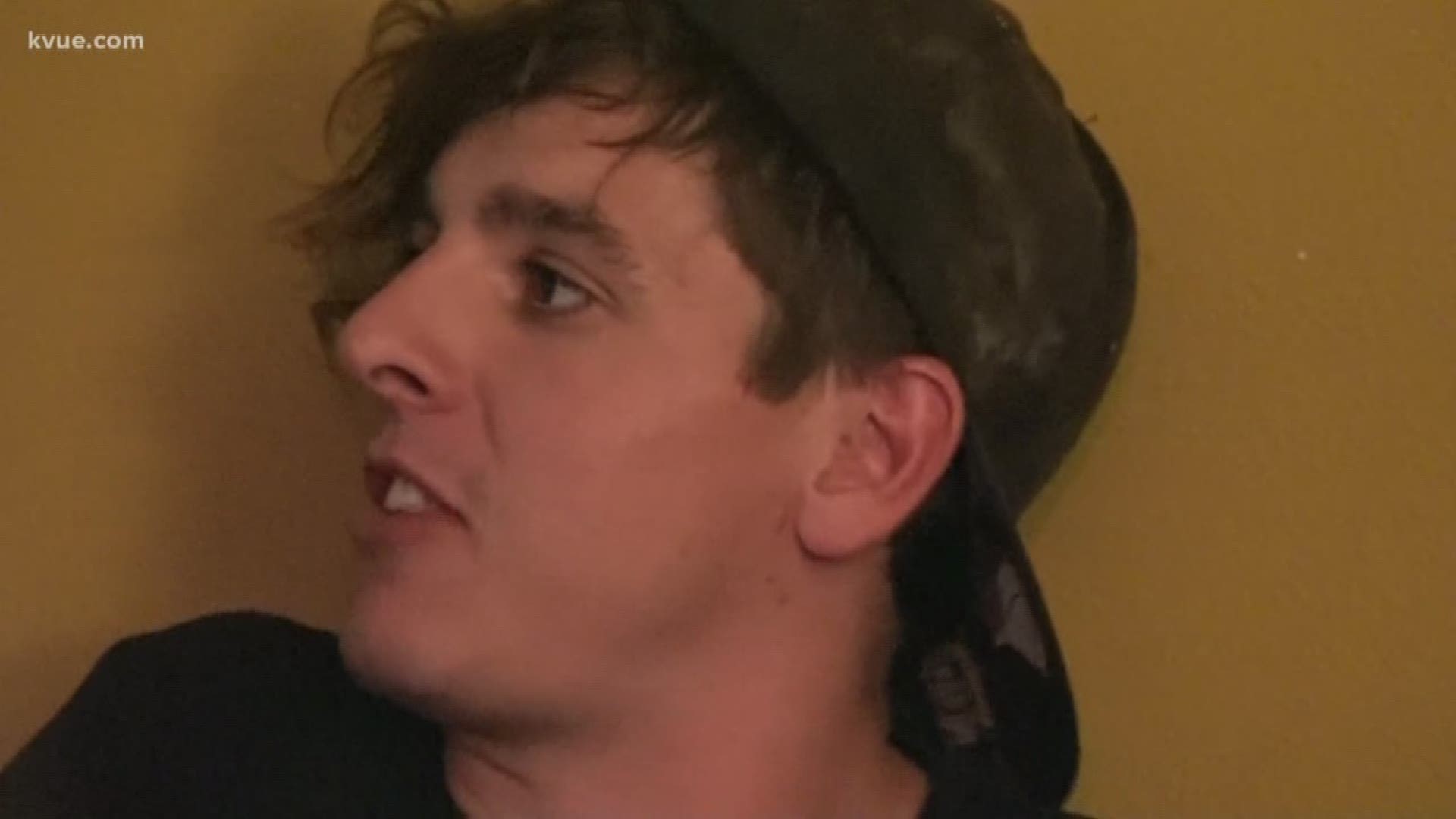 AUSTIN — Dealing with any type of addiction can be difficult to handle on your own -- especially if it's connected to alcohol or drugs. One Austin rehab facility has discovered a highly successful way to help people with their issues: Music.

Joseph Gorordo was born in Austin. It didn't take long in life to start dealing with his own addiction issues.

"I started partying pretty young," Gorordo said. "I was probably 12 or 13 years old. It just progressively continued until I found heroine at the age of 18."

"Up until the last time I went in to get treatment, I was really going to treatment to avoid consequences," Gorordo said. "I really didn't want to stay sober. I just wanted bad things to stop happening."

On July 21, 2008, Gorordo became sober and started a new path to his life. Around this time, he was approached with the idea of starting an unorthodox rehab facility in Austin.

"I turned down the job originally," Gorordo said. "It got to the point where I couldn't pass up the opportunity."

Music and the Mind part 2: How some Austin seniors age gracefully with music

That job? It was to be a part of a crew that was going to create a Recovery Unplugged facility. With the first location coming from Fort Lauderdale, Florida, this is the first one to come to Texas. This rehab center provides comprehensive, music-based treatment for people with drug or alcohol addiction. The staff is not only made up of care professionals but also songwriters and musicians.

"The music gives clients a voice and it gives them a powerful connection," Gorordo said. "It gives our clinicians a tool to get to the root of the problem more quickly."

Patients who go here will write, produce and perform music to help increase their confidence while also encouraging them to open up about suppressed emotions. Tony Sanchez is a group facilitator for Recovery Unplugged and said their approach allows people to feel more comfortable when going through a trying time period.

"It's a way to teach our clients to use music as an emotional regulation tool," Sanchez said. "The music has a way of bringing up certain emotions that may be hidden otherwise."

Gavin Hairgrove is working through his own emotions as he is currently a patient at the Austin center. He is a born and raised Texan who also plays the guitar. He, unfortunately, said he has a severe addiction to meth and heroine.

"I started smoking weed and getting drunk when I was 15 and pretty much completed the gateway theory," Hairgrove said.

It wasn't until he had a near fatal overdose that Hairgrove decided to give Recovery Unplugged a shot.

"I've kind of, like pissed away everything in my life," Hairgrove said. "I'm basically trying to start my life over. Get established in Austin. This is a reminder of what drives me."

There are a lot of factors that have to come into play as to why it is difficult for people like Hairgrove to get and stay sober -- and for rehab centers to get people to that point. In 2016, Travis County had one of the highest number of drug overdose deaths in the state with 443. According to the Centers for Disease Control and Prevention, 17 percent of adults in Texas report that they are binge or heavy drinking. Across the state, more than 1,100 opioid related deaths were reported in 2015.

Forcing people to get better and stick to their commitment is also difficult. On average, 42 percent of people who check into rehab leave against the advice of doctors.

Recovery Unplugged, though, is changing the conversation and easily passing many of the standard percentages. The center recently got statistics back from Nova Southeastern University, a private research education institution in Florida.

A team at the university collected data on rehab centers over the past three years and showed that during the milestone marks of one, six and more than 12 months, the average recovery rate for a patient in America was five to seven percent. The early results for that same time frame for Recovery Unplugged is about 40 percent -- nearly six times the national average. This data also shows that about 40 percent of Recovery Unplugged clients will remain clean and sober for longer than a year.

Drew Vena is a living example of these numbers, as he started drinking around 12 and eventually moved onto other ways for him and his friends to get a high.

"Right away, I knew I loved it," Vena said. "It just kind of started spiraling out of control, and we continued opening our minds to different sorts of drugs."

When one of his friends died, that gave Vena a wake up call to figure out his life. He did so with his bass at Recovery Unplugged.

"It's very rare that you find a treatment center that's involved in music like this," Vena said. "It really created something for me to be passionate about, something to care for and something to stay sober for."

"To have a place that was going to nurture the creativity that I feel I want to express was valuable," Mayers said. "That's something I never lost sight of and never gave up on or wanted to give up on."

Gorordo said he is glad to see Vena and Mayers doing better and also in more control of their emotions.

"We push the clients to get vulnerable and express themselves in ways that they're not comfortable with," Gorordo said. "We teach them to start identifying how they react personally to certain songs and certain kinds of music because it's about the personal relationship with the music. The music is a way to key into somebody's soul is what I believe."

Dr. Bob Duke is a professor at the University of Texas and is the head of Music and Human Learning for the Butler School of Music. He said this connection to music lets patients feel a sense of power or control over the notes and chords.

"It does develop a bit of a sense of agency," Duke said. "If you're feeling like, 'I'm just helpless. I'm going to succumb to all of these things that I can't really overcome.' Now you find at least in this one place, 'I'm not helpless.' The capacity to generate something on your own is beautiful."

If you want to learn more about how Recovery Unplugged works in Austin, you can visit their website here.

Here's part three, part two and part one of KVUE's Music and the Mind series.