The Austin Humane Society said breed restrictions can be a problem for shelters like theirs. 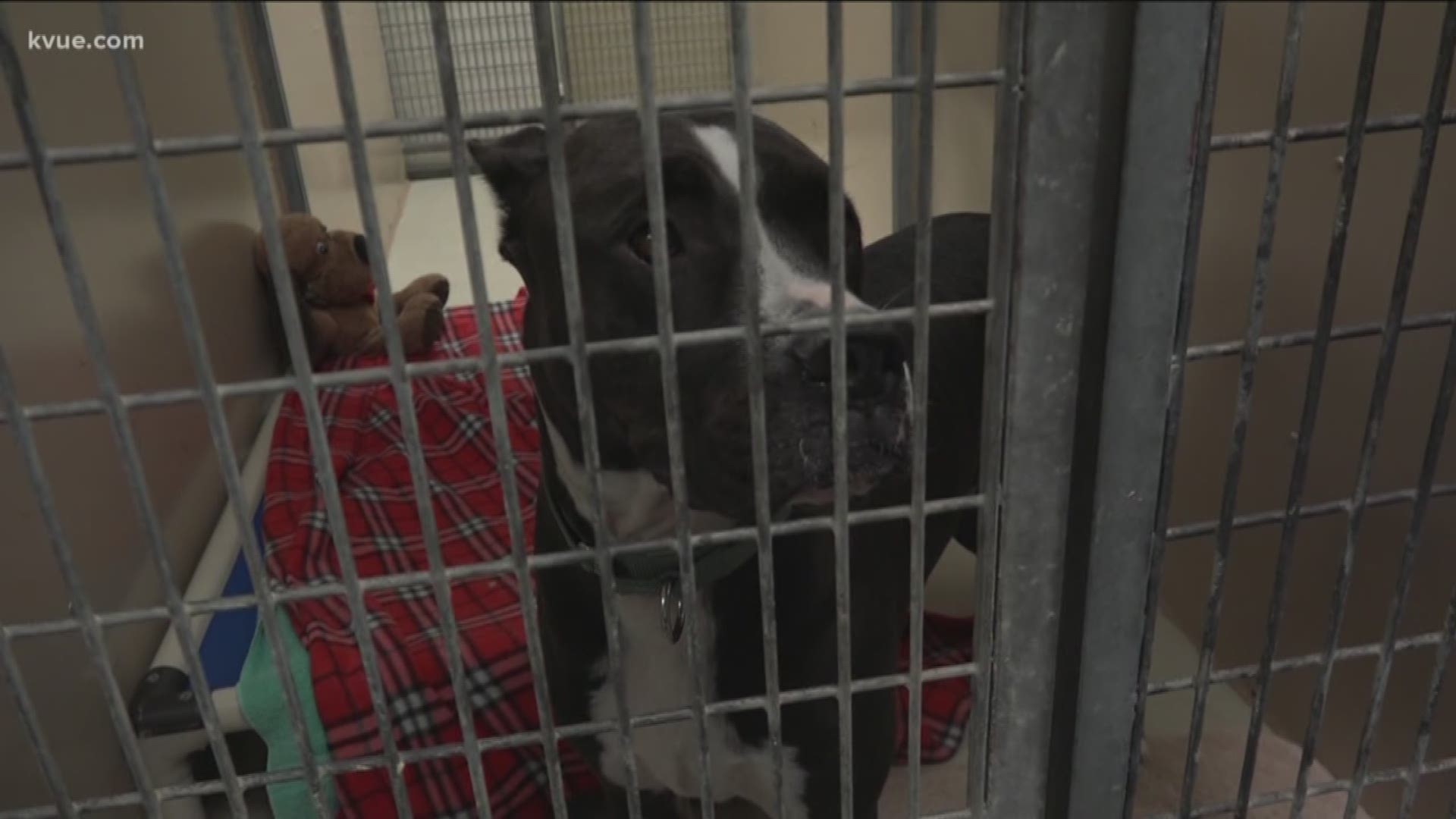 AUSTIN — If you walk into any animal shelter, you're probably going to see pit bulls.

Shelters say one reason for that is pit bulls are banned from a lot of apartments.

Gu and her family love Bonita very much, but she was not Gu's first choice.

Instead, Gu wanted to adopt a pit bull mix dog.

"We found one dog that was very tolerant of our cats,” she said. “And got along really well with my mom and dad."

Gu said she couldn't adopt the dog even though she explained to the Mueller Property Owners Association that the dog didn't have behavioral issues.

"We still were not allowed to receive a letter of consent from the homeowner's association,” Gu said.

So, she started a petition to lift the "Mueller Mixed-Use Community Association's" restriction on pit bulls.

"They're very slow to get adopted,” Gu said about pit bulls. “I think it's because of prohibitions on pit bull adoptions like the ones here in Mueller that are keeping pit bulls from getting adopted."

The Austin Humane Society said breed restrictions can be a problem for shelters like theirs.

"Because medium and large dogs are the most prevalent in our community,” shelter manager Katelin Knef said. “I would say a majority of our animals are a mixed breed."

The shelter said pit bulls or pit bull mixes are some of the most common breeds sitting in shelters for months. And, as Austin keeps growing, so does their shelter.

Because of pit bulls' complicated history, they remain one of the most-feared dog breeds -- something Gu hopes will change, starting with her petition.

"My hope is that the committee will reconsider the regulation and vote to repeal the ban,” Gu said.

The pit bull ban at Mueller has been in effect for more than 10 years.

The Mueller Property Owners Association said it has been working with residents to update its rules, which could change the restriction on pit bulls.

The association added it no longer enforces the breed restriction, and it was not aware Gu requested a letter in order to make an adoption.

It said it will be following up with Gu on Tuesday to get her the documentation she needs.