She says when the youngest child began to struggle, the older two went to help. 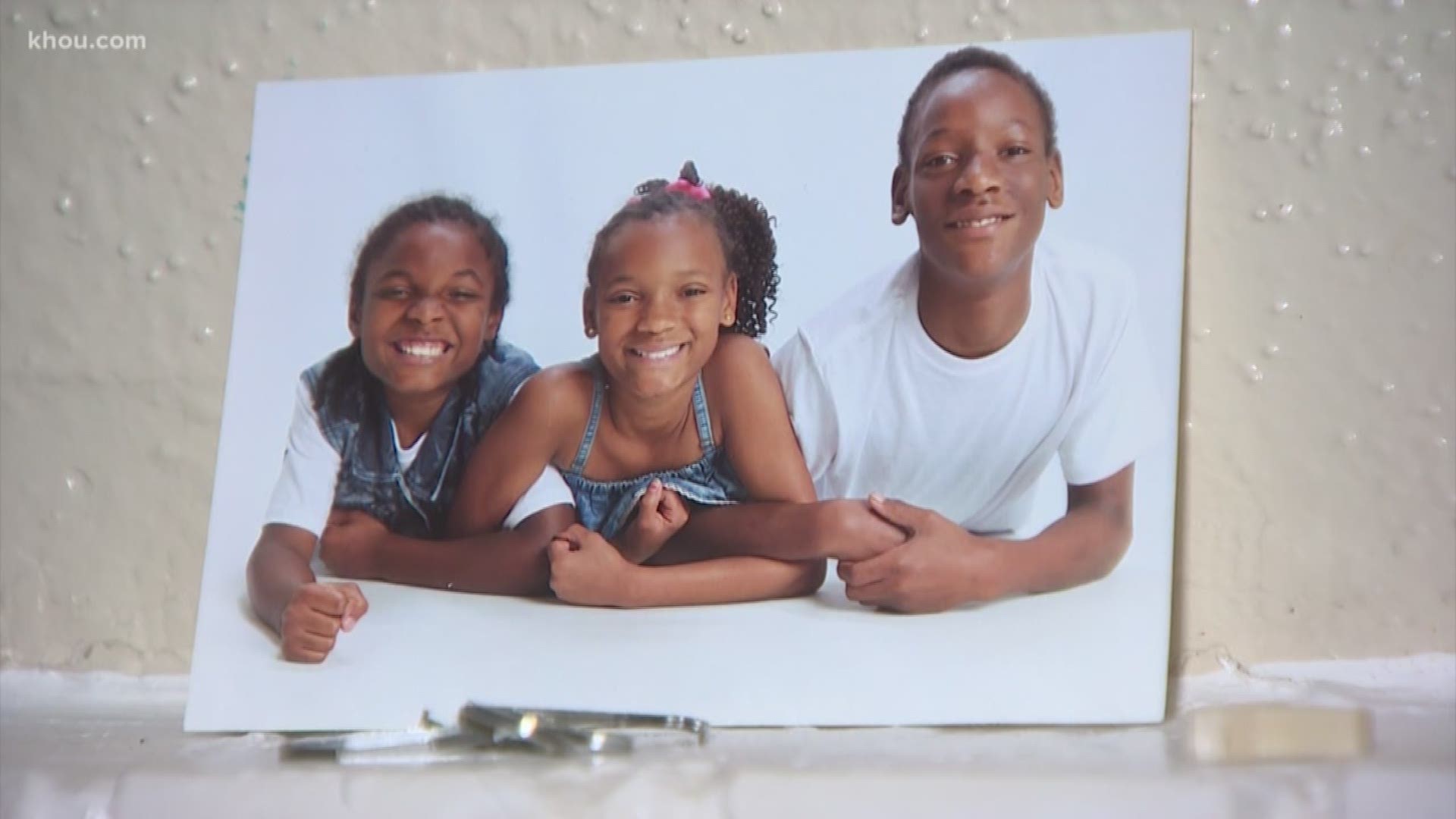 LA PORTE, Texas — The mother who watched three of her children drown in front of her weeks ago on Sylvan Beach in La Porte says it happened in matter of seconds.

Sandy Hunter says one moment her kids were standing waist-deep in the water, the next they had been swept off their feet by a wave. Seven-year-old Zyon, 10-year-old Zakai and 13-year-old Za’nia all drowned.

Hunter says when the youngest child began to struggle, the older two went to help.

RELATED: 'I just knew that I had to save his life' | Sylvan Beach Park Good Samaritan honored by Harris County Commissioners

RELATED: 'The babies are with God and they're safe now' | Good Samaritan, witness speak after 3 siblings drown in La Porte

RELATED: 3 children drown off of Sylvan Beach in La Porte

“They were trying to help him and so my husband was already in the water,” Hunter said. “I got inside and I was the closest to Za’kai. There was just so much panic and I can’t swim. The whole time we were both screaming, ‘Please, please, help us. Everybody was just standing there, like it was a movie. “

A fourth child, CJ, was rescued by a good Samaritan.

Hunter has planned a “Life Celebration” for her children that drowned for Wednesday at 6:30 p.m. at the Gerald Hines Waterwall near the Galleria.

She is asking the public to attend.

Hunter says she is grateful to the Houston-area community for its generosity and support.