Austin is home to the most hospitable Airbnb hosts in Texas 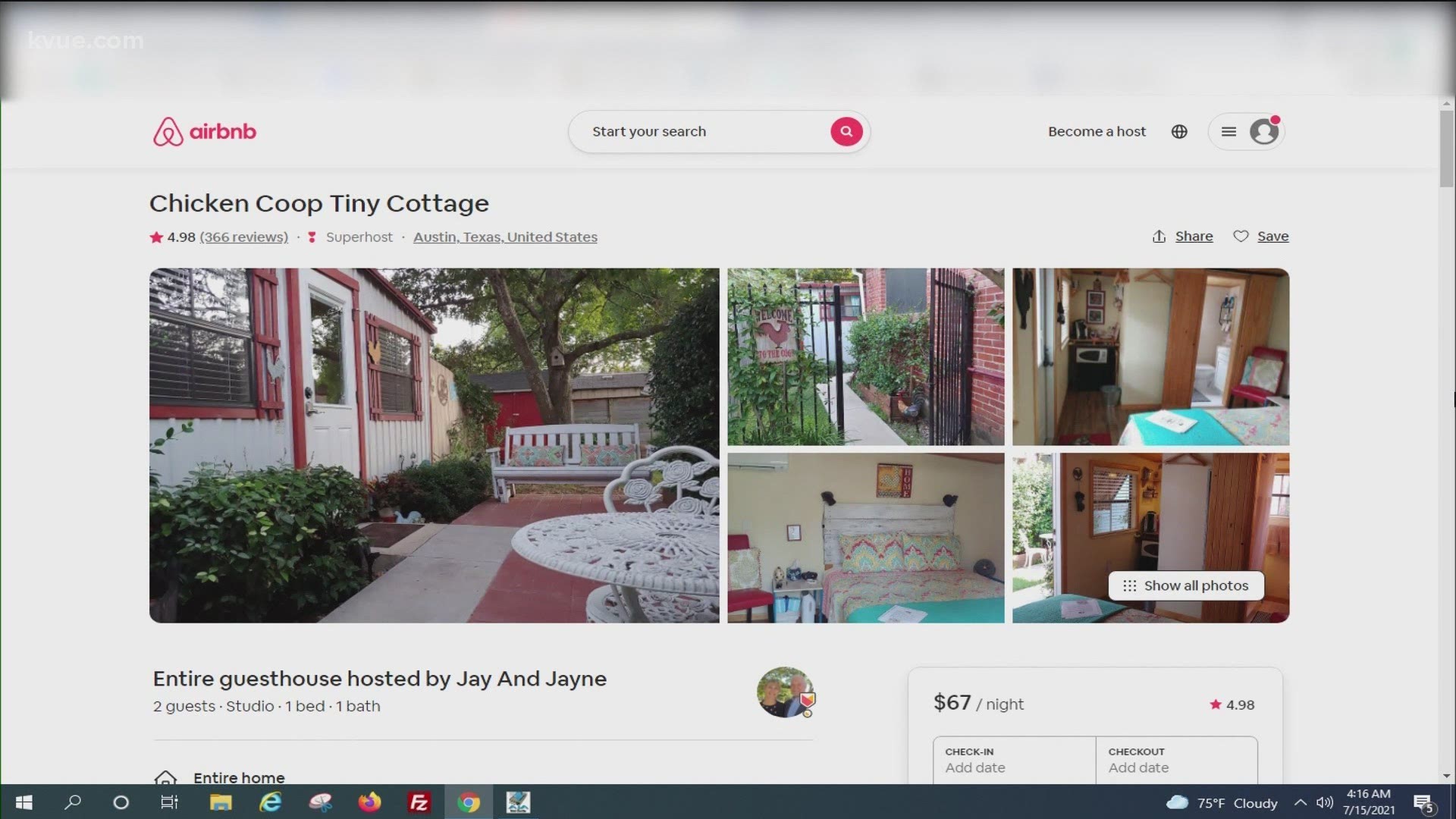 AUSTIN, Texas — The most hospitable Airbnb hosts in Texas, and the fourth-ranked in the U.S., live in Austin.

Airbnb released a report of the most hospitable hosts across the country on Tuesday. Hosts had to receive at least 100 only 5-star reviews in three categories to qualify, according to the press release.

Only 29 Airbnb hosts in Texas achieved this distinction. Jay and Jayne had the most reviews, at 360, setting them above the rest.

Jay and Jayne list the Chicken Coop Tiny Cottage in North-Central Austin. The home has a chicken-coop theme and the two hosts have never received less than a 5-star rating in the cleanliness, check-in and communication categories, according to a press release.

Jayne told Airbnb that she’s so clean because her father owned a cleaning product company. The two now employ a cleaner “who is just as picky as they are.”

On the listing, Jay and Jayne said the 160-square-foot cottage provides “an egg-cellent place to chill after a long day of pecking around Austin.” It is priced at $66 a night.

Originally, the cottage served as an outdoor office for Jay. Now, guests are greeted with a toothbrush, bug spray, soft drinks and chocolates at their bedside. WiFi and a cable TV with Netflix are provided.

A mural on the back of the cottage serves as a place where guests can sign their names and the date of their stay.