Cedar Park and Taylor officials said in early August that mosquito samples had come back positive for West Nile virus. Follow-up samples have now come back negative, the cities said. 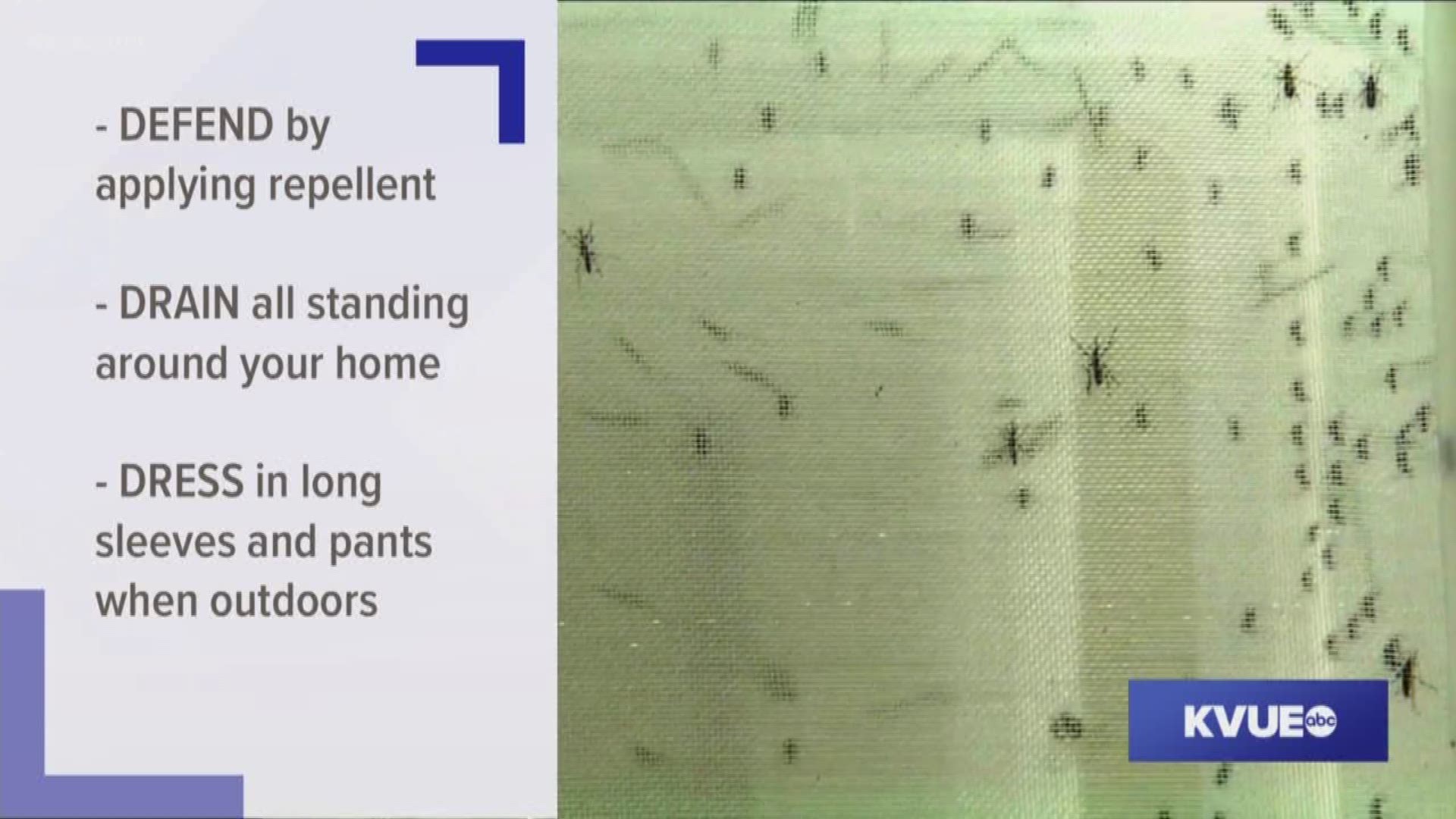 WILLIAMSON COUNTY, Texas — After trapped mosquitos at sampling locations in Taylor and Cedar Park tested positive for West Nile virus, the cities of Cedar Park and Taylor said Aug. 22 that follow-up samples have come back negative for the virus.

In Cedar Park, a sample was collected near the intersection of Cypress Creek Road and Sun Chase Boulevard on Aug. 2.

The City of Cedar Park said they followed the Health District's Best Practices for Integrated Vector Management, which calls for enhanced monitoring and testing and increased public outreach and education. The City also said they would drain and treat standing water on City-owned land. Officials also encouraged everyone to be especially vigilant about preventing breeding and protecting themselves from mosquitoes while outdoors, especially in light of the positive test sample's proximity to Elizabeth Milburn Park and several nearby neighborhoods.

According to the Williamson County and Cities Health District, officials tested the Taylor sample from an area near Robinson Park off south Dolan Street on July 27, and the Texas State Department of Health Services lab alerted the city and the health district to the positive test on Aug. 1.

WCCHD said the species is the southern house mosquito, and it has a flight range of about one mile. Samplings taken outside of the one-mile radius did not test positive for the virus, officials said.

The city of Taylor said they will have truck mounted spraying of the impacted area, including Robinson Park, starting at 9 p.m. for three consecutive days: Aug. 7, 8, 9. While the spraying doesn't pose a significant health risk, people and pets are asked to remain indoors during the process. The city said they will treat standing water near the area with larvicide.

In recent weeks, Austin Public Health has seen an increase in mosquitoes testing positive for West Nile Virus in the Austin area.

We’d like to remind you of symptoms and preventative steps because we know this is a time of year when families and students are spending a lot of time outdoors.

Most people infected with West Nile Virus do not have any signs or symptoms. However, if you do see symptoms such as fever, headache, tiredness, body aches or skin rash, seek medical attention.

Some preventative measures for your family are:

For more information on preventative measures, visit cdc.gov/features/StopMosquitoes/ or austintexas.gov/health.

We look forward to seeing everyone back at school Aug. 20.

VERIFY: Are mosquitoes really the deadliest animals on earth?

Two Zika cases confirmed in Williamson County, how to avoid the virus

Mosquitoes are back in Austin after recent rains