Hopsquad Brewing had to eat the cost of making so much beer, right before the coronavirus pandemic shut down the taproom. 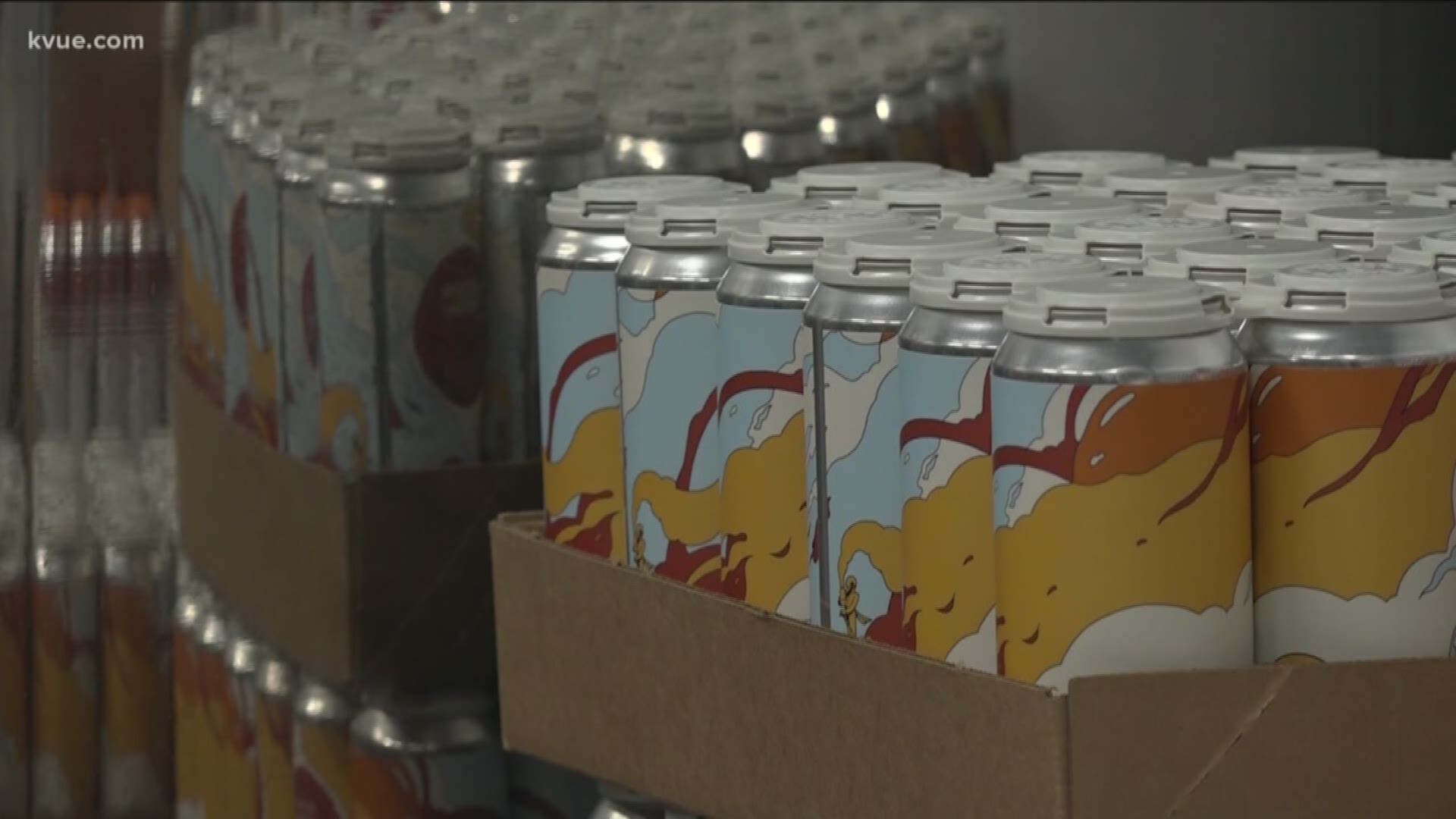 “The quality has gone down so we try not to pour them," Alex Limon, co-founder of the brewery, said. "We definitely kind of just set them aside. They’re company beers, which means we only drink them.”

Hopsquad opened in December with no plans to distribute their beer commercially, meaning the owners had only a few dozen kegs on hand to use for their beers being sold in their taproom.

“If you compare the taproom – having basically an open bar kind of thing – compared to to-go, it’s not great," Limon said.

To shore up the losses, Hopsquad came together to start canning their beers instead.

“Now that we’ve canned three of our cores and three seasonals, they’ve been taking off," Limon said. "Canned is really helping out.”

Canning their beers has helped so much that Limon and his business partner plan to continue doing it even after the restrictions from coronavirus are lifted.

“The way things are going, we’ll probably continue canning at least on a quarterly basis, special events, special beers and stuff like that," Limon said. “We’re going to keep doing social distancing so if we are allowed to open, we’re going to be spreading out these tables.”

Limon and his employees are anxiously waiting to reopen. The brewery's owners applied for the Paycheck Protection Program through the Small Business Administration, but received no loans. They've applied a second time for more funds. Without the money, the owners have had to furlough the majority of the staff.

“The bartenders who really only have this, we’ve been rotating them every other week so they can at least have some sort of income," Limon said.