Authorities say an excavator cut a crude oil pipeline southwest of Bastrop on Thursday morning, forcing nearby residents to evacuate or shelter in place. 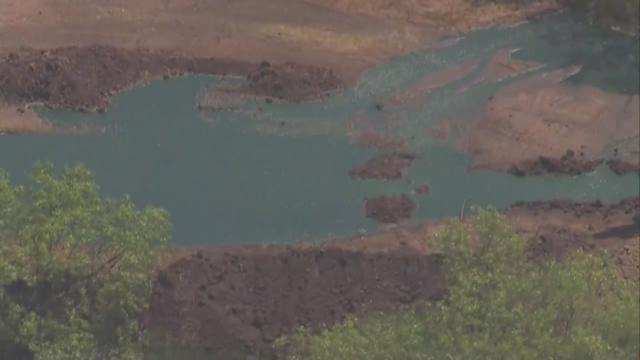 Editor's Note: A previous version of this story noted that the pipeline carries oil from Port Aransas to El Paso. This story has been updated with the correct information.

County officials said the line was ruptured sometime after 8:30 a.m. July 13 near 417 FM 20, which is just south of Shiloh Road. In a statement, Magellan Midstream Partners, the owner of the Longhorn pipeline, said a contractor was conducting maintenance on the system when it ruptured.

The company's preliminary estimate is that 1,200 barrels or 50,400 gallons spilled in the release.The pipeline reportedly carries oil from the Permian Basin to Texas City near Houston.

Magellan representatives said the oil was contained to a small area around the pipeline and it has not affected any water resources.

The pipeline company said efforts are being made to minimize the environmental impact and public safety. No injuries have been reported.

FM 20 was closed in both directions, but as of Friday morning, the roadway is back open for drivers.

At 4:30 p.m., officials said the evacuation notice was lifted and residents within one mile of the rupture could return to their homes. Magellan representatives said they would reimburse any resident that incurred extra costs while being evacuated.

Authorities said cleanup of the spill would continue until Friday morning.

Read the full statement from Magellan Midstream Partners below:

Shortly before 9 a.m. CST this morning, a contractor working on Magellan’s Longhorn pipeline system struck a fitting on the pipeline approximately 4 miles southwest of Bastrop, TX causing a release. The incident occurred when the contractor was conducting maintenance activities on the pipeline, which was in service at the time. The preliminary volume estimate of the release is 1,200 barrels. The pipeline was immediately and safely shut down and the line segment has been isolated.

Efforts are in progress to contain the crude oil release to minimize environmental impact and to ensure public safety. As a safety precaution, several families near the site have temporarily evacuated and a section of FM 20 has been closed. There are no injuries associated with the incident.

Local emergency responders, Magellan representatives, clean-up crews, and environmental crews are currently on site. All appropriate federal and state agencies have been notified. Clean-up activities will be underway this morning.