We stopped by Evergreen Farms in Elgin, Texas, as the real Christmas tree industry is seeing a boost. 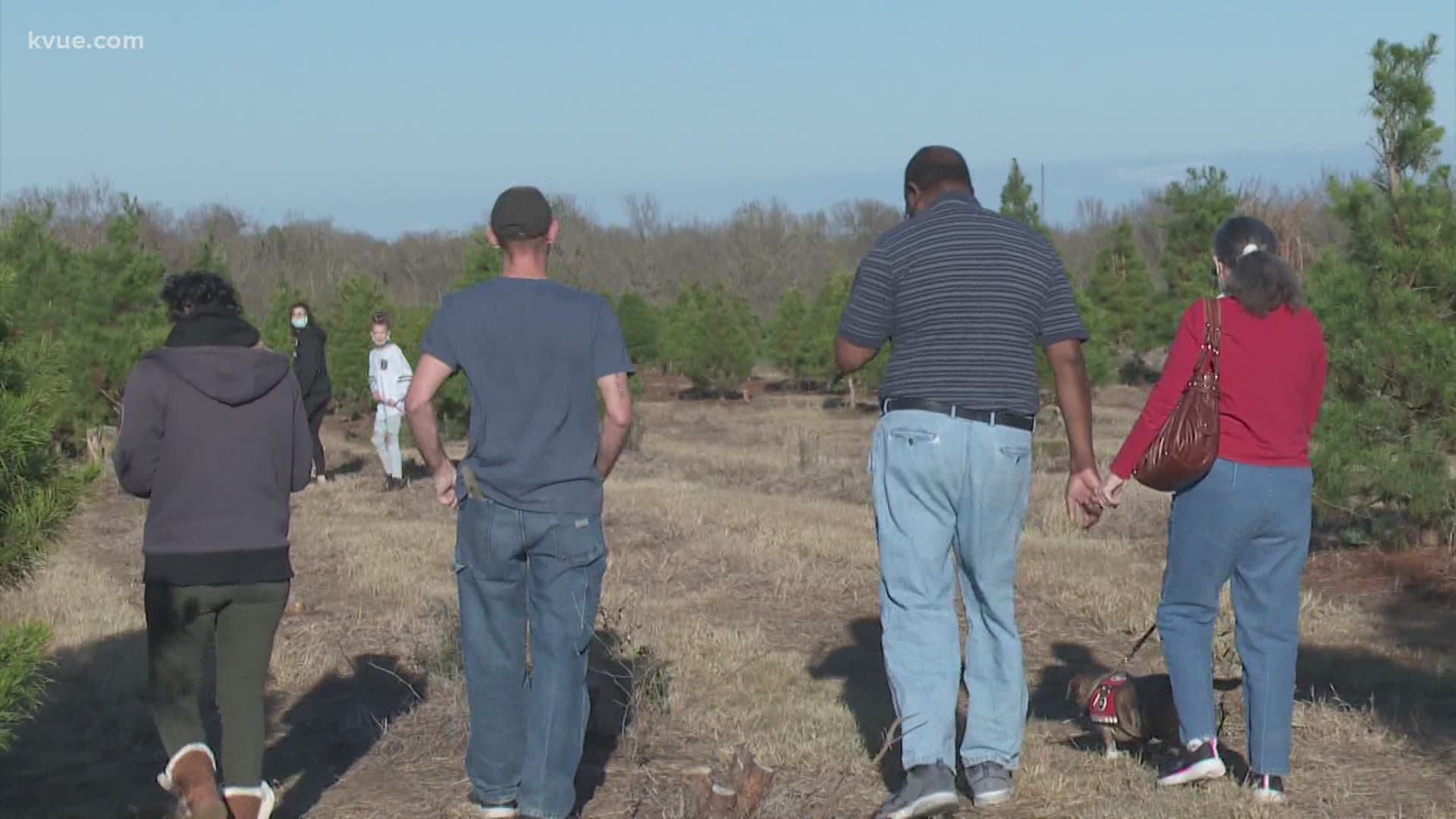 AUSTIN, Texas — In 2020, a lot more Americans may be ditching their fake trees for something way more realistic.

According to the Associated Press, demand for real Christmas trees is up in 2020. And many people went out earlier – that is, before Thanksgiving – to pick their trees.

So we headed out to the Evergreen Farms in Elgin, Texas, to see what buyers had to say.

Some said they were just keeping up their family traditions. Others were just looking for something a little lusher.

"Puffy trees, like they've got some branches on them," said shopper Curtis Wade.

"They had some nice trees the last time we were here," he added. "So to come back, it was like coming home again."

The AP cited a number of reasons for the uptick in interest this year, such as more people staying home amid pandemic restrictions, the cancellation of parades and festivals, and the lower risk of viral spread as most real trees are displayed outdoors.

According to the Christmas Tree Promotion Board, industry research suggests many people who put up an artificial tree last year plan to buy a real tree this year, and most are citing the pandemic as the reason.

“Yes, it’s a product, it’s a decoration that you put in your home, but getting a real tree involves the choosing, the hunting for it, the family outing. It really is a memory maker, it’s a day you spend together, and it really becomes much bigger than the tree itself,” said Marsha Gray, executive director. “It’s really making family memories and people really seem to gravitate to that right now.”

The AP reported that this growing interest comes after the industry has struggled to attract newer, younger customers in recent years. According to the report, around 75 to 80% of Americans who have a Christmas tree now have an artificial one, and the $1 billion market for fake trees has been growing by about 4% a year, despite the fact that they are reusable.

Vaccine in Austin could arrive within the next two weeks, health leaders say at town hall

Why are Californians so interested in Texas? A San Francisco Business Times reporter explains