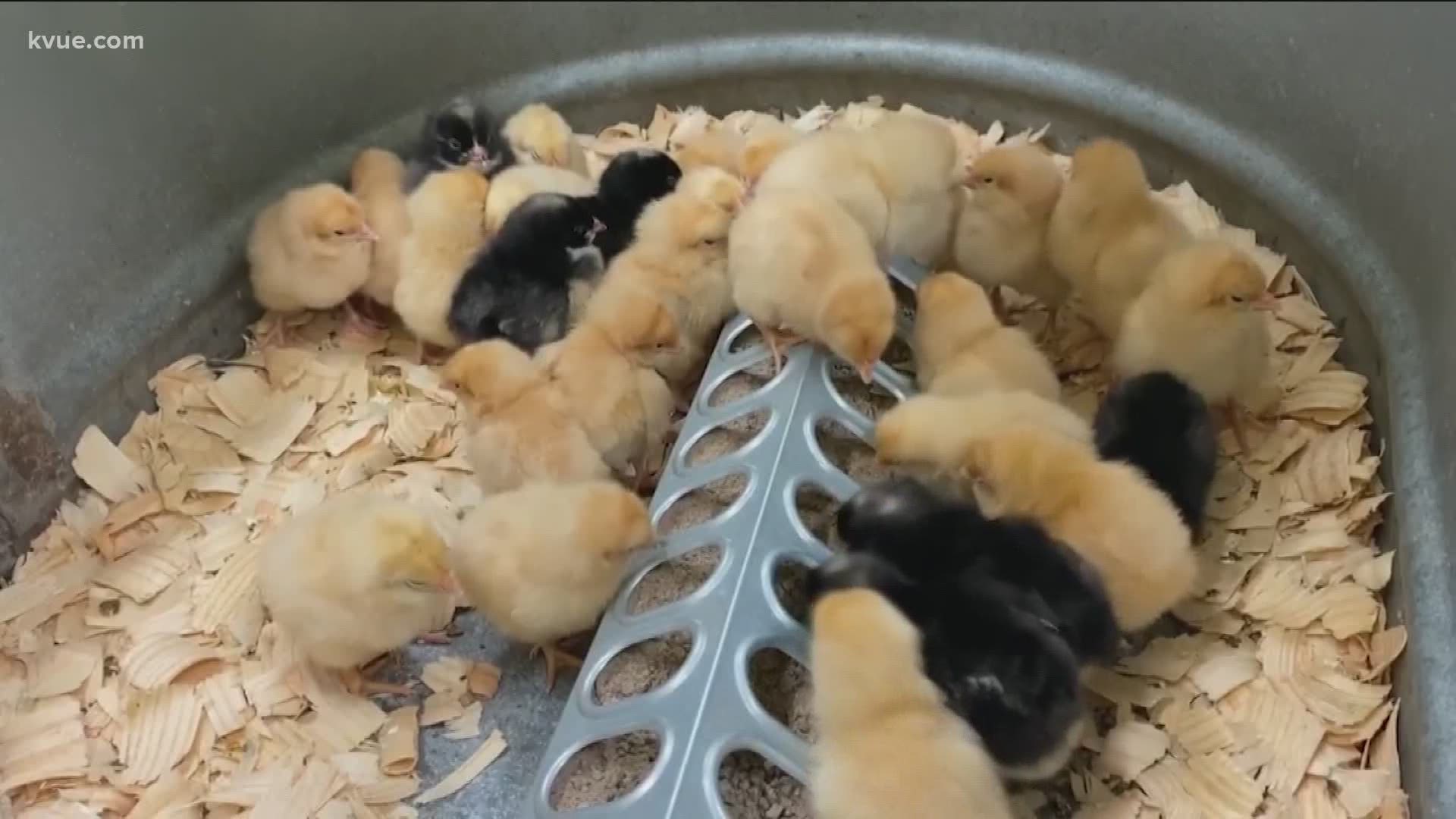 LIBERTY HILL, Texas — Whether it's due to pure boredom or not wanting to go to the grocery store anymore, more Central Texas families are looking into growing their own food.

Bright and early every Thursday morning, families have been making their way to Winkley's General Store in Liberty Hill for a look at the fresh batch of chicks.

"Typically, you would think that people who raise chickens are usually country people that have animals, but getting to know my customers, it's a lot of city people that come in and have become recently curious," said Maria Winkley, owner of Winkley's General Store for the last 15 years.

The store gets a cluster of fresh eggs every week from a hatcher near Temple, about an hour or so north of Austin.

"People have started to come by asking for specific breeds and special food," said Winkley.

It's not just the chicks. The store has also struggled to keep plants and seeds on their shelves in recent months.

"Everyone has become a gardener, everyone and their grandmother," said Winkley.