Two men in a stolen vehicle led Modesto Police on a high-speed chase Saturday, shooting at officers just minutes after they attempted to pull them over. 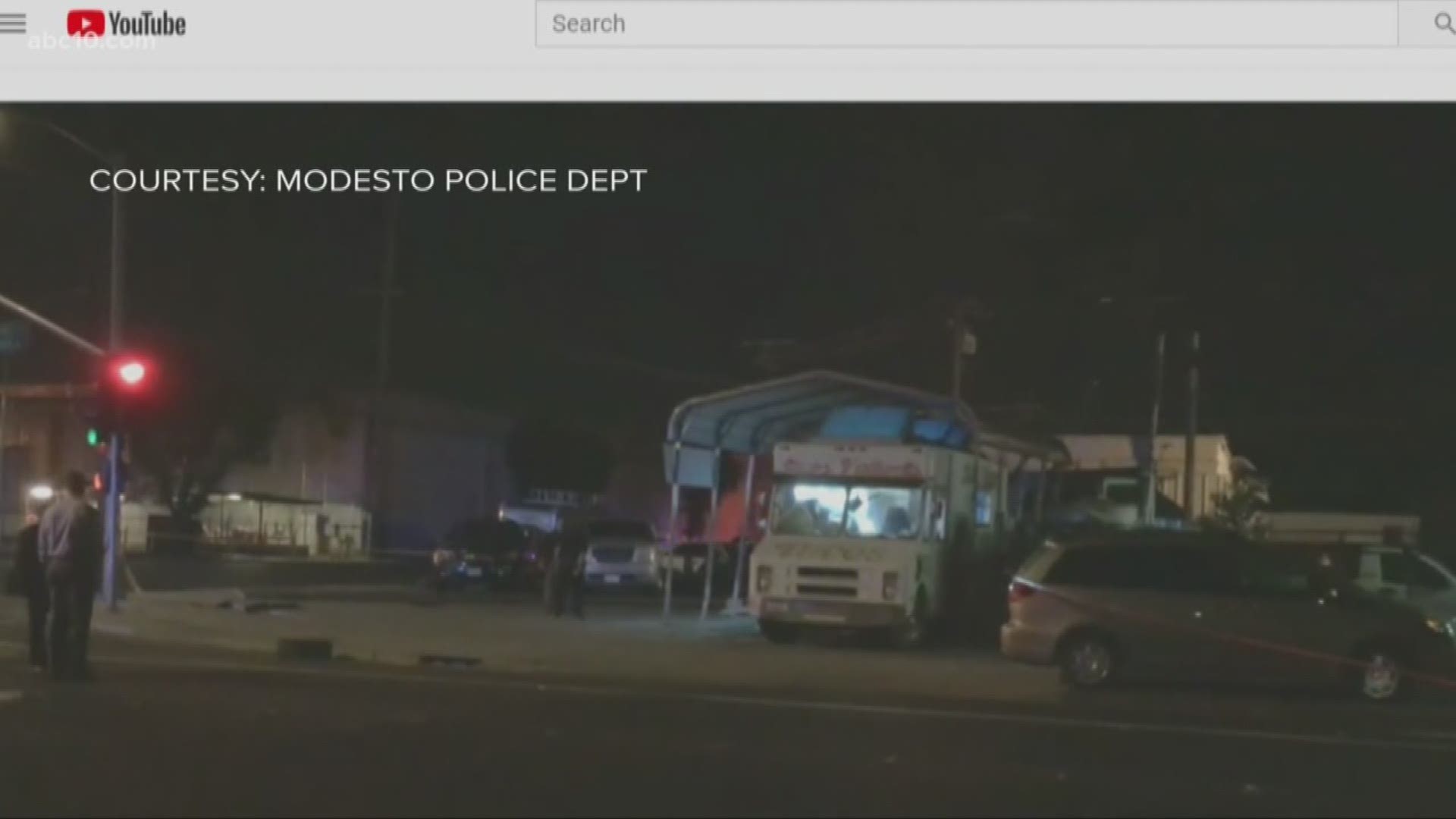 MODESTO, Calif. — Two people were killed as a high-speed chase between Modesto Police and men driving a stolen vehicle came to an end early Saturday morning.

The pursuit started around 1:45 a.m. Saturday, when Modesto Police officers ran the plates of a car near Briggsmore and Lakewood Avenues. The information they go back showed that the car was stolen out of the Bay Area, according to the department.

The officers tried to pull the car over, but officers said that the driver took off and someone inside began firing shots at the patrol car.

In a video statement released Saturday, the department said that the officers felt that if the two people in the car were willing to shoot at a uniformed police officer, they were willing to do just about anything, so they felt there was a significant danger to the public.

It was there that the vehicle crashed into a carport at Tacos Vallarta, a mobile food truck parked near the intersection of 14th and D Streets, killing two people.

The people killed in the crash at Tacos Vallarta have not yet been identified.

Police said the two men, identified as Rodney Quiros and Antonio Gazo, jumped out of the car and tried to take off, but were spotted with the help of the Modesto Sheriff's Department air unit. Two guns were found in the car.

Both Quiros, 24, and Gazo,22, were booked into the Stanislaus County Jail on multiple charges, including homicide and attempted homicide. Police told ABC10 that Quiros is from San Francisco and Gazo is from Daly City.

Anyone with information about this collision, or the men behind it, is asked to contact Crime Stoppers at 209-521-4636.

WATCH MORE: The Modesto Police Department shared the below video about the fatal crash.