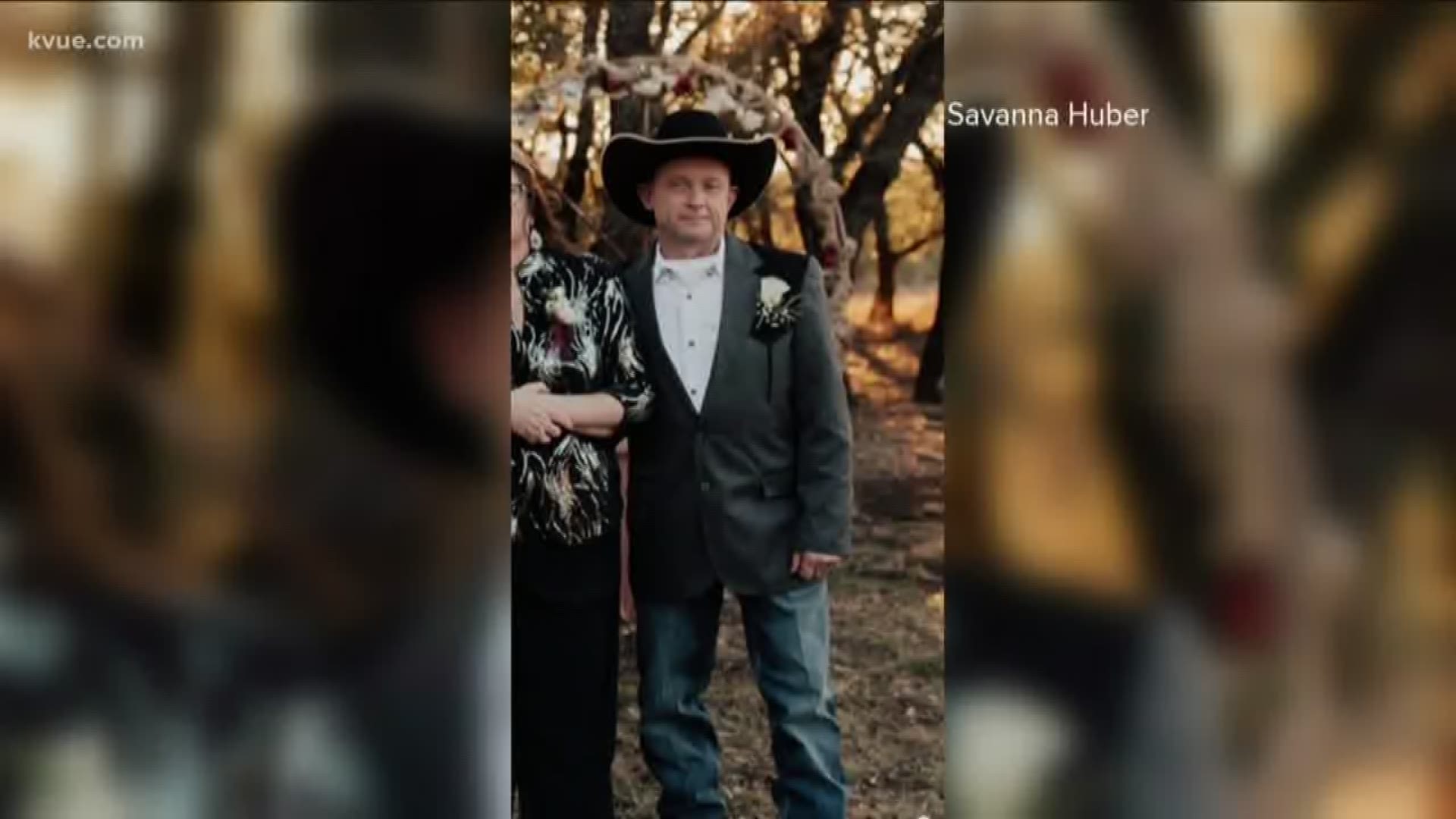 GEORGETOWN, Texas — Editor's note: An arrest has been made in connection to this case. Click here for the latest.

Harvey Huber went missing on Tuesday night. According to Georgetown police, he was last seen at his auto repair shop north of downtown.

“We do search, but what else can we do?" Madison Stathos said. "We can’t go on private property or anything like that. I mean, we’re doing what we can, which is hold each other.”

Stathos grew up calling the 50-year-old man "Uncle Harvey" because Huber and her dad grew up together.

"He’s there when you’re happy, when you’re sad; he’s there," Stathos said. "He’s that friend that you don’t have to call but he’s there.”

On Friday, EquuSearch joined Georgetown police to look for the business owner, father, grandfather and staple of the community.

"[On Thursday], he had hundreds of calls, and hundreds of customers came up to the gates and talked to us and said hi to Melissa and the family," Stathos said.

On Saturday, EquuSearch and Georgetown police are inviting the public to join the search for Huber. People can meet at GISD Athletics Field in Georgetown on Saturday morning.

"We look for wooded areas; we look for bridges – anywhere he could’ve went into or under or whatever," David White, one of the directors for EquuSearch, said. “We’re expecting quite a few people out here tomorrow, so we’re going to try and get as many as we can involved.”

Stathos believes hundreds of people will join the search on Saturday morning.

What will happen to Margo Carey, Heidi Broussard’s newborn daughter?

"He used to come over to our house," Stathos said. "We had two acres. He would bring his four-wheelers, and I remember every time the bluebonnets would bloom we would be riding around and my mom would tell me, ‘Make sure Harvey doesn’t run over my freakin’ bluebonnets!’ And every time, he would run right straight through them. And it’s like, you’re screwed. You’re screwed but it’s all light-heartedness. He’s just messing with us of course."

He was last seen wearing a black T-shirt with "Huber Auto Repair" written on it, along with a white thermal undershirt and blue jeans.

16-year-old Austin girl was kidnapped before she was drugged, raped by 5 men, affidavits say