This little puppy survived being dropped mid-air by a hawk. The shelter said he is now recovering in foster care. 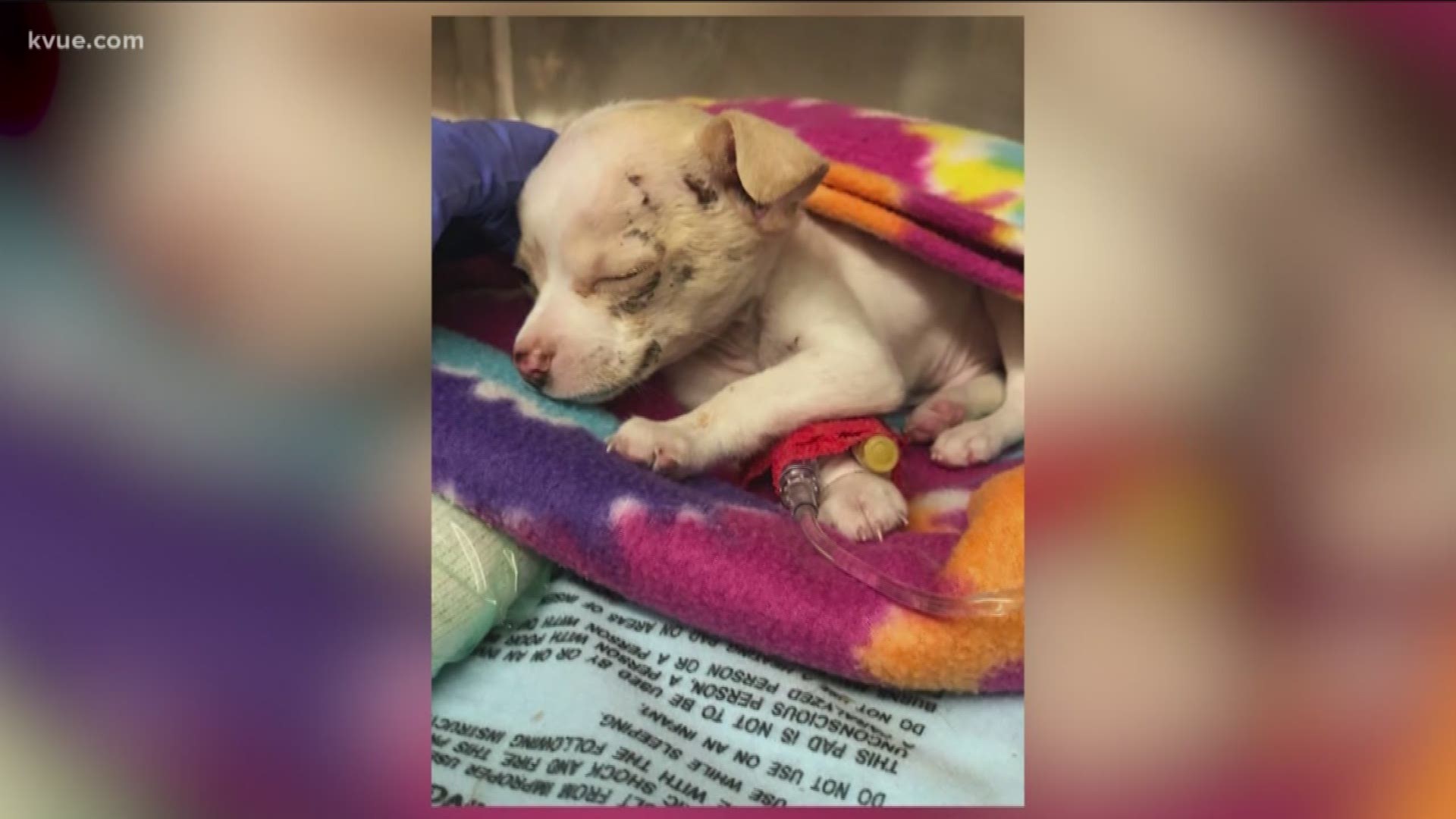 AUSTIN, Texas — After surviving a run in with a Texas hawk, the Austin Animal Center is calling this little guy a "Miracle Puppy."

The shelter on Saturday shared the news on Facebook.

"This teeny tiny guy was picked up by a hawk and then subsequently dropped from mid-air," the Austin Animal Center wrote. "It's a miracle that he not only survived but that the wounds on his head and chest are fairly mild."

The veterinarian who took care of the pup, Lindsay Riddick, told KVUE via email that a few construction workers heard a puppy crying. When they went to look for it, the puppy fell at their feet from mid-air. They looked up and saw the hawk flying away.

"We are so happy that this little fighter will live on to tell an incredible story," said Riddick.

The workers took the pup to a nearby clinic in Round Rock. The one-pound Chihuahua had no broken bones but did suffer a few punctures from the hawk's talons. It was transferred to the Austin Animal Center, which later called Renee Keyes, who has fostered animals for years.

Keyes' family for now named the pup Tony Hawk. They say it tells the story of what the pup endured.

The family expects to have the pup for four weeks before having it adopted.

"We will give him lots of love and socialization and then I will pick the perfect home for him to be adopted," said Keyes.

Austin Animal Center is using this incident to remind Central Texans about protecting your pets from wild animals.

"Let Miracle Puppy's story be a reminder to protect your small pets from wildlife," said the shelter. "Hawks, owls and coyotes will prey on small animals, even in your fenced backyard. If you have small pets, keep eyes on them at all times while outside."

RELATED: A puzzle-solving Austin dog has a shot at winning Facebook's 'Most Amazing Dog' contest -- and $100K