Mike Ramos was shot and killed in a southeast Austin parking lot in April 2020. 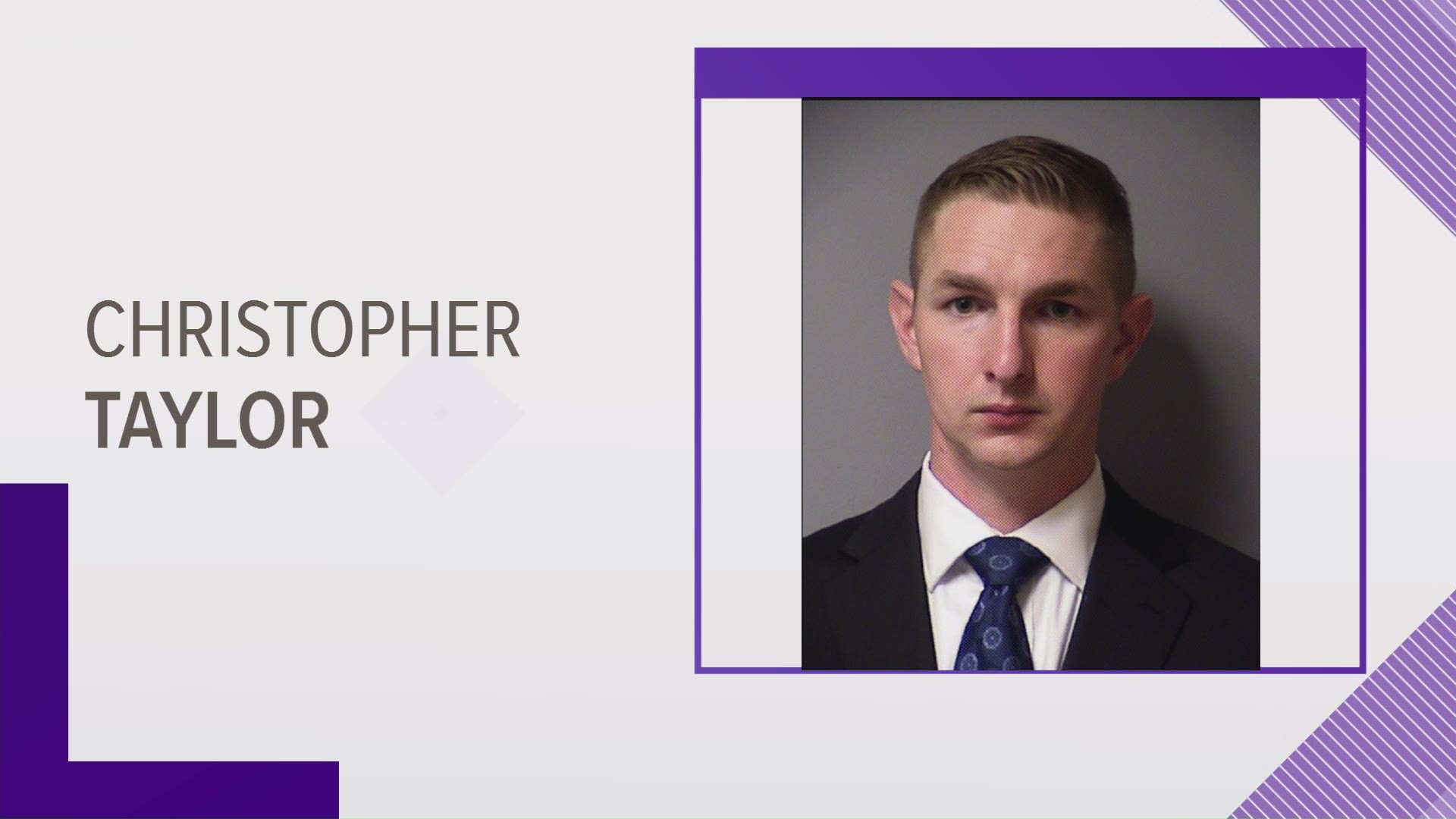 AUSTIN, Texas — Christopher Taylor, the Austin police officer who fired the bullet that killed Mike Ramos in 2020, has been indicted for the charge of first-degree murder.

Taylor's bail was set at $100,000 and has set conditions including no employment with access to, or possession of, a firearm, no possession of personal firearms, and to surrender his duty firearm. According to the Travis County Sheriff's Office, Taylor was booked into Travis County Jail at 12:06 a.m. on March 11 and released on bond at 12:38 a.m.

Garza also said the grand jury considered a charge of aggravated assault with a deadly weapon for another APD officer and declined to indict.

Garza said that grand jurors considered all of the facts and the law in this case and determined that Taylor’s actions met the standard for a murder charge.

“Today we have taken a significant step towards justice for the Ramos family and for our community,” said Travis County District Attorney José Garza in a statement March 11. “My heart continues to break for the Ramos family and we still have much work ahead of us, but we know that holding law enforcement accountable when they break the law is critical to restoring the trust of our community and to ensuring its safety.”

On April 24, 2020, a 911 call came in to the Austin Police Department reporting two people doing drugs in a vehicle in a parking lot near East Oltorf Street and South Pleasant Valley Road in southeast Austin. The call stated that one man was reportedly holding a gun. A gun was not found anywhere in the car, detectives said.

Police believed the vehicle could have been involved in a burglary and evading police the day before, which APD Chief Brian Manley later confirmed.

Officers, including Taylor, arrived on the scene and approached Ramos, 42. Ramos got out of the car, but officers said he did not comply with officers’ commands. Officer Mitchell Pieper fired from a less-lethal "bean bag" shotgun and Taylor then fired the fatal shot from his rifle.

🚨BREAKING🚨: An arrest warrant on a MURDER charge has been issued for Austin police officer Christopher Taylor in the death of Michael Ramos, authorities confirm. pic.twitter.com/WyqbNynxqJ

Ramos died a short while later.

In July 2020, the APD released an edited video, which shows different angles of the moments leading to the shooting. Up until then, the public had only seen a cell phone video of the incident.

Before the release of that video, Officer Taylor requested that the court prohibit law enforcement from releasing the video to the public. His attorneys later said they withdrew that request.

After the indictment on Wednesday, Taylor's attorneys, Ken Ervin and Doug O'Connell, issued a statement:

"We are disappointed but sadly not surprised at this indictment. As early as July of last year, then-DA candidate Jose Garza had made up his mind that Officer Taylor committed a crime and went so far as to offer an implied promise to indict him several months before being elected District Attorney or having access to any case evidence:

"'Right now my focus is on the families. My heart breaks for the Ramos and Ambler families as they continue to wait for justice. I look forward to fighting for justice for them. It’s going to be one of my highest priorities.'

"We would remind Mr. Garza that his sworn duty is not to be an advocate for one party months before knowing the facts. It is to see that justice is done. Today’s indictment is not justice; it is the fulfillment of a campaign talking point and yet more evidence of antipolice bias. We look forward to presenting the facts of this case, in their entirety, to a panel of citizens not behind closed doors and not under his exclusive control."

On Thursday, the Austin Police Association issued a statement saying it believes Taylor was wrongfully indicted.

“This case should have never resulted in an indictment,” said Ken Casaday, president of the Austin Police Association. “It was a political promise kept rather than a decision based on sound legal judgment. We are profoundly disappointed with the District Attorney’s actions in this case, which undermines the safety of our officers and the community. When all the video evidence and eyewitness testimony comes out in court, we are confident that a jury will agree that the force used in this case was legally justified as it was used to protect the lives of Officer Taylor and his fellow officers.”

“Grand juries and trials are part of the accountability process that help ensure justice and the trust the community should have in its institutions. Justice and accountability need each other. I also applaud and support the efforts by Austin Senator Sarah Eckhardt, who filed the Mike Ramos Act in the Texas Senate. The legislation would create new standards for police discipline and make police bodycam footage more accessible when the use of force has occurred.”

The shooting, which led to protests in Austin, came weeks before George Floyd died in police custody in Minneapolis, spurring national unrest.

Brenda Ramos, Ramos’ mother, has filed a lawsuit against the City of Austin, accusing the city of fostering an “institutionally racist and aggressive policing culture.”

The most recent officer indictments involving police shooting deaths, according to KVUE records, occurred in 2014 and 2003. Both cases were dismissed.

In 2014, Det. Charles Kleinert was indicted for manslaughter in the shooting death of Larry Jackson Jr., but the case was dismissed because he was serving on a federal task force at the time and, therefore, entitled to special protection from prosecution.

In 2003, Officer Scott Glasgow was indicted for criminally negligent homicide in the shooting death of Jesse Lee Owens in East Austin. Glasgow pulled Owens over because the car he was driving had been reported stolen. Owens pulled away, catching Glasgow in the driver's window, so he fired. A judge threw out the case after prosecutors acknowledged the indictment didn't accuse Glasgow of a crime but rather a series of APD policy violations.

Texas will soon reveal the next groups of people eligible for the vaccine in Phase 1C. Who will be included?

Here's the history and origins behind UT's 'Eyes of Texas' lyrics