Brenda Ramos, the mother of Mike Ramos, is still seeking justice for her son who was killed by Austin police in April. 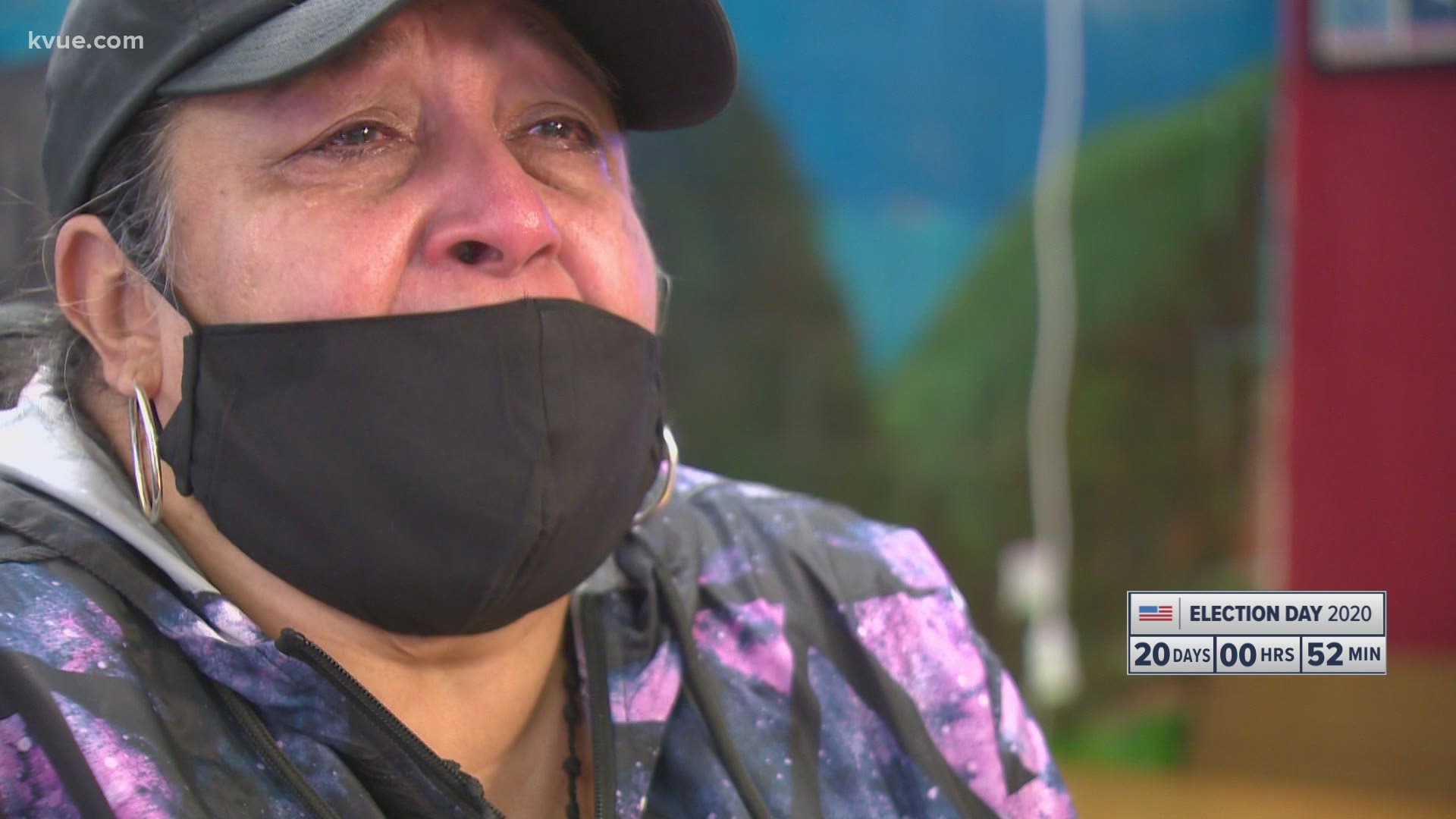 AUSTIN, Texas — On Oct. 24, it will be six months since Mike Ramos was shot and killed by Austin police officer Christopher Taylor.

Ramos was killed in April after police responded to his southeast Austin apartment complex when a 911 caller reported he was doing drugs in a car in the parking lot and had a gun. Police later revealed he was unarmed.

Body camera video released in July raised questions over the justification of the fatal shooting.

Officer Taylor remains employed on paid administrative leave. The police department has said it will not decide on his employment status until a criminal investigation is complete, as to not influence any criminal outcomes.

“My body's been numb. A part of me is gone and I still feel that. But I do not feel comfortable with myself waiting this long,” Ramos’ mother, Brenda, told KVUE on Tuesday.

Brenda Ramos said she has visited her son’s gravesite regularly since he passed – every day in the beginning but now sometimes multiple times a week.

“I can't leave him. I have to check on him, that's the way I feel,” Brenda Ramos said. “I’m always checking on him, all the time. What’s a mother to do?”

In May, Travis County District Attorney Margaret Moore said she would present the case to a special grand jury. But then when she lost the runoff election in July, she announced she would delay presenting the case to a grand jury until the new DA takes office in January.

On Wednesday, Brenda Ramos made another public statement, calling on Police Chief Brian Manley to fire Officer Taylor and make an arrest.

“It hurts that the officer is still out there. This shouldn't happen to anybody. Not like that. Nobody,” Brenda Ramos said.

At the press conference on Wednesday, Austin Justice Coalition Executive Director called on Manley to make an announcement in the case.

"The investigation on behalf of the Austin Police Department is over," Moore said. "So we would like for Chief Manley ... to come out and publicly state what he's going to do with this case. Miss Ramos and the family and friends of Mike Ramos have been waiting far too long to hear anything."

"Doing nothing is not an option," Brenda Ramos said on Wednesday. "We do not pay APD salaries for them to do nothing. I call on Chief Manley to announce this week whether Officer Taylor will be continuing as an Austin police officer. I call on the police detectives who investigated my son's death to announce this week whether they found evidence Taylor committed a crime."

Advocates with the Austin Justice Coalition are drafting what they call the "Mike Ramos Matters Act" in hopes of getting lawmakers to pass a bill when the Texas Legislature meets in 2021, "to make sure what happened to her and her son doesn't happen to anyone else."

For decades, Travis County prosecutors have used the grand jury process to evaluate whether an officer who uses deadly force should be prosecuted.

The investigating officers from the Special Investigations Unit, which handles criminal investigations involving all sworn officers, would have to swear out a criminal complaint against Officer Taylor for him to be arrested, but so far, none of them have done that.

APD told KVUE the department’s Special Investigations Unit has completed its portion of the investigation but is still waiting on information from the Texas Rangers and the Travis County Medical Examiner’s Office.

More than 35,000 people voted during the first day of early voting in Travis County