Despite the caller repeatedly telling the operator Michael Ramos was carrying a gun, police did not end up finding a gun on him or in his car. 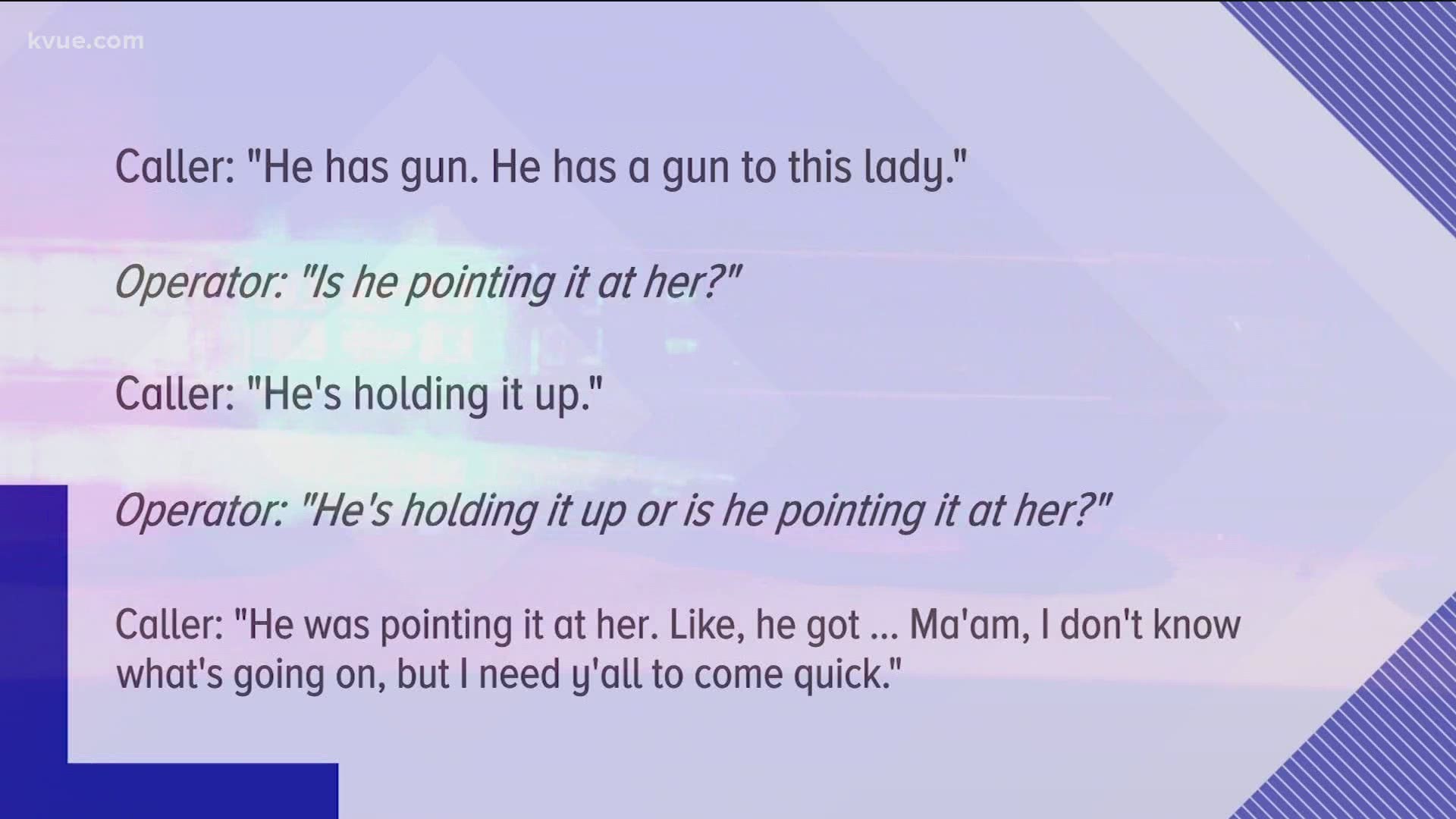 AUSTIN, Texas — The Austin Police Department has released the 911 call that fueled its response before the shooting death of Michael Ramos on April 24.

Monday morning's release of the edited and redacted version of the call, along with body camera and dashcam footage, came a little more than three months after the incident happened.

In the call, you can hear the caller tell the operator, "They're in the car smoking crack and cooking meth."

Soon after, the caller mentions that Ramos is carrying a gun.

The 911 operator, however, attempts to clarify the caller's claim and asks again whether Ramos is holding a gun or pointing it at someone.

"He's holding it," the caller said.

It's this conversation between the 911 caller and the operator that guided how Austin police responded to the southeast Austin apartment complex that day.

According to Ramos' custodial death report, which was filed by APD with the Texas Attorney General's Office, officers said they had reason to believe Ramos had a gun in his car because of that caller.

"Due to the nature of the call and the 911 caller’s information, officers had reason to believe the Toyota Prius could contain a gun," the report read.

That information is also what led officers to fire the less-lethal round when Ramos continued to ignore officers' commands.

"Due to the male subject’s noncompliance and ability to possibly access a gun inside the vehicle or on his person, officers decided to deploy a less-lethal munition to gain compliance," the report reads.

Ramos would later die at a hospital after an officer shot him through his car while attempting to drive away from police at the scene.

"When you get a report there's a gun involved, you have to assume that the information that's been given to 911 is accurate, and you have to respond accordingly," Dennis Farris, a retired Austin police officer, told KVUE.

He said sometimes people will call 911 and exaggerate the situation or lie in order to get officers to respond faster.

In this case, police did not find a gun on Ramos or in his car.

"If you give bad information, you've not only put the person that you're calling about ... you might put their life in danger. You're also putting the officer's life in danger," Farris said.

You can also get into legal trouble.

Rick Flores, a criminal defense attorney and former Travis County prosecutor, said intentionally lying to a 911 operator could result in a Class B misdemeanor, which carries about six months in jail and/or a fine up to $2,000.

"In a case like this, to get somebody to act quicker, I would say that arguably that is something that could be seen as an intent to deceive," he said.

For the caller to face charges, however, either Ramos' family or Austin police will have to take the issue up with the Travis County Attorney's Office.

"I think there's an argument to be made that if the 911 caller did not specifically make these statements that were not true, then the police officers wouldn't have shown up, wouldn't have reacted the way that they did," Flores said.

The officer who fired the less-lethal round and the officer who shot and killed Ramos were placed on administrative duty. Community activists have called for their firing.