The Austin Police Department shot and killed a 46-year-old man, believed to be in mental crisis, on Wednesday afternoon at a downtown condominium building. 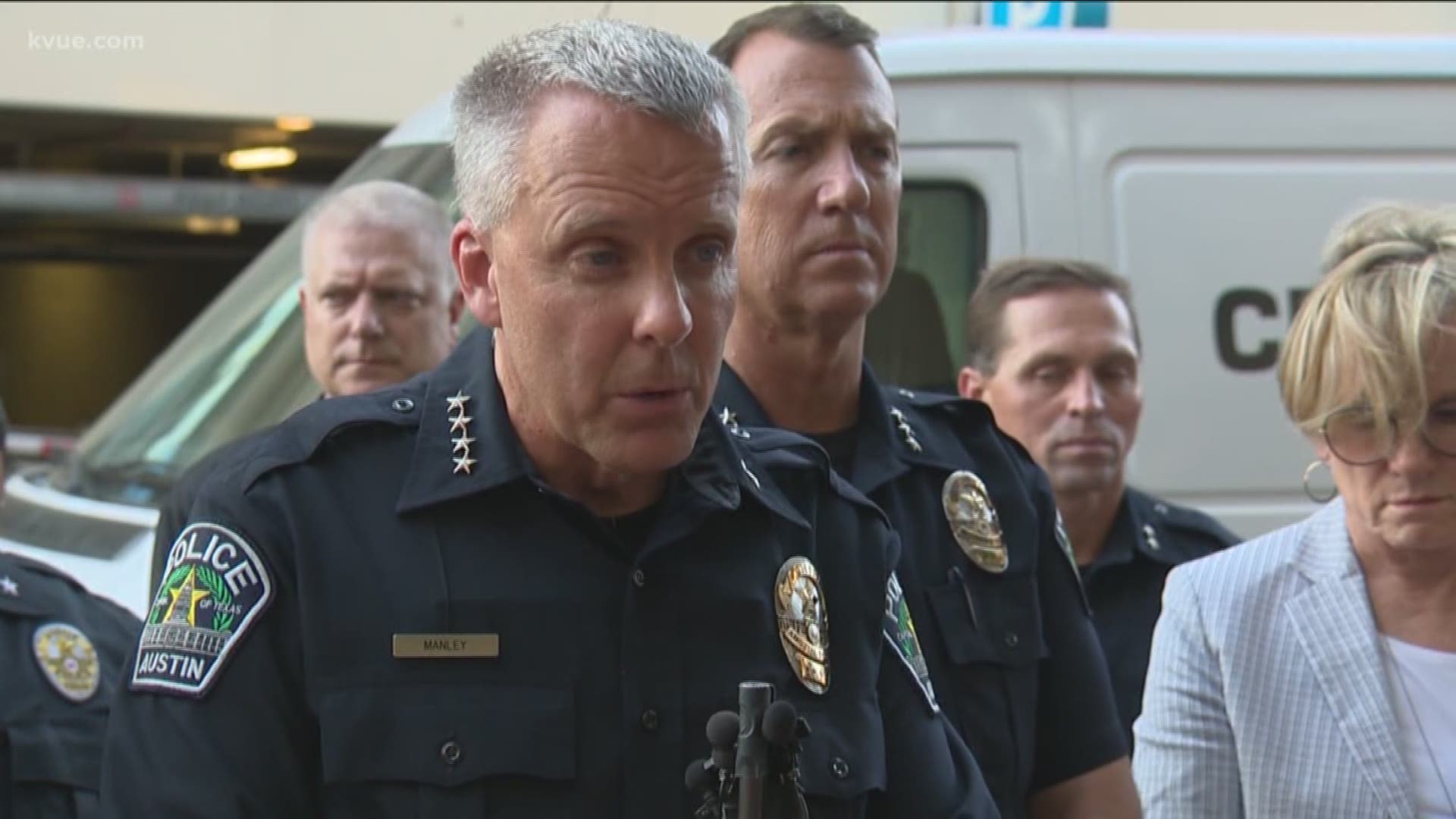 AUSTIN, Texas — Austin police officers shot and killed a 46-year-old man on Wednesday afternoon after responding to a welfare check at the Spring Condominiums at Third and Bowie Street and, according to the Austin Police Department, an officer with specialized mental health training was called to the scene.

However, the Austin police said the officer was assisting on another mental health call at that time. As that only available officer was later heading to the scene, the subject was shot by police and eventually died in the hospital.

“I do want to take a moment, really, to express our heartfelt condolences to the family of the deceased here today,” Police Chief Brian Manley said at the scene Wednesday. “Again, it was someone who, apparently, was in some level of mental crisis that drew us out here today and resulted in the scene that played out behind us in this condominium tower."

This comes less than a year after the Austin Auditor’s Office issued a September 2018 report on APD’s response to mentally ill people.

According to the report, Austin has the highest per capita rate of someone suffering from mental illness being fatally shot by police. The data looked at the nation’s 15 largest cities, as well as Seattle, City Auditor Corrie Stokes said.

Some of the key findings of the audit included a lack of training for Austin police officers, specifically a lack of de-escalation training and for 911 operators.

For example, APD does not ask if someone requires mental health assistance at the start of a 911 call and does not include all best-practice elements related to responding to mental health crisis situations.

“We have been making incremental improvements as a city," Stokes said. "I think that it takes time to implement major changes and, so, incidents happen while you are trying to implement changes, so I don't know that doing things faster would have necessarily changed this incident.”

The audit concluded with two recommendations: APD create a task force for coming up with solutions, and APD provide quarterly updates to the City Auditor’s Office beginning in 2019.

APD hired an outside firm, Meadows Mental Health Policy Institute, to “review mental health services in response to the audit.” The firm met with stakeholders for about five months, beginning in January.

However, APD has not provided quarterly updates to the City Auditor’s Office, Stokes said.

“We have not received quarterly updates, but I believe that the first kind of assessment of what needed to be changed, really addresses our first recommendation, which was we need to assemble the people who care about this and figure out what our next steps are,” Stokes said.

One of those people is Karen Ranus, executive director of NAMI Central Texas. She was part of the task force that helped provide recommendations for addressing the shortcomings found in the audit.

“I think some of the recommendations that were made were really about how do we begin to look at where it is we can insert and create some change systemically so that we're not always at this crisis point,” Ranus said.

The recommendations come with a cost, which would have to be approved in a new budget by City Council.

“What we have is a police department that by and large is committed to continuing to make the change that needs to happen because we've got advocates like myself and others who are very clear on the fact that change needs to happen, that those numbers need to change,” Ranus said. “Those kinds of numbers are always alarming. Those are disturbing numbers, and so that is one of the reasons that we make a really concerted effort to work closely with the police department and to really be that voice for change and continued change.”