Amy, who now lives overseas, will be donating all of her cookies to Foster Angels of Central Texas. 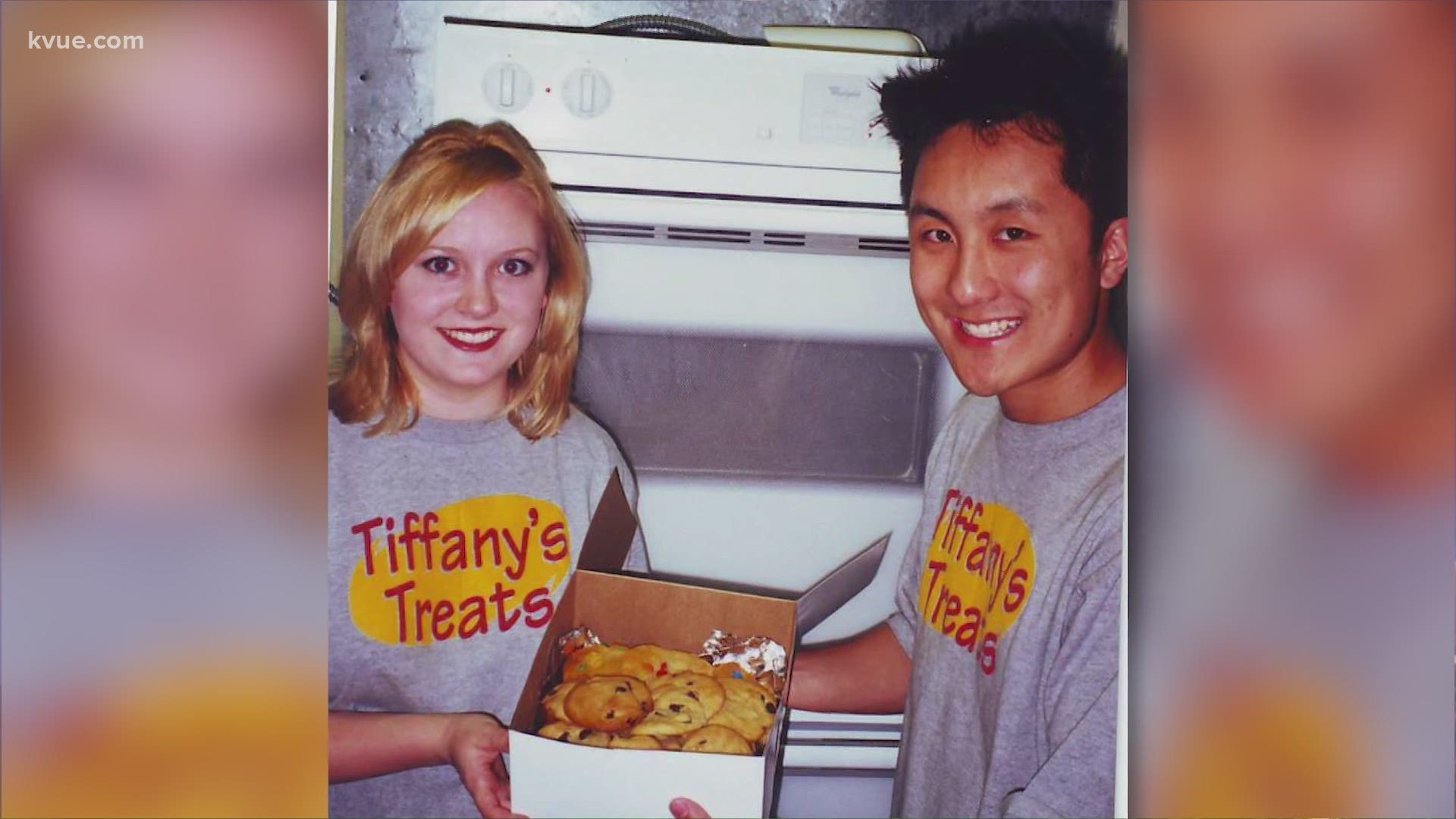 AUSTIN, Texas — In honor of their 22nd anniversary, Tiff's Treats founders Tiff and Leon Chen announced they were searching for their very first customer, a woman named Amy, so that they could give her free cookies for an entire year.

A few weeks later, and after their story garnered national attention, the couple finally got their girl.

"It was starting to worry us a little bit because it took a while, but the reason why is that she's living overseas," said Leon Chen.

He explained that Amy's sister's best friend contacted them and was responsible for finding her.

"We got to have a really cool conversation with her and she had a lot of neat things to say," added Tiff Chen. "She even sent us some pictures of herself from back in the day just so we could confirm that it was really her."

We found Amy! Watch to hear about our journey and hear a special message from Amy. #tiffstreats #FindingAmy #22ndAnniversary pic.twitter.com/lDHeZMyCMj

The couple started their successful cookie-delivery service in 1999 as a small cookie shop out of their apartment near the University of Texas. They put up fliers around campus, but three days went by without getting a single call.

That is, until Amy.

The blonde college student called in and ordered cookies for her boyfriend at the UT Towers Apartments in Austin. She tipped Leon five bucks after he delivered the treats.

"I saw this really sweet flier and it spoke to me as just being very genuine," Amy said. "And I called and little did I know I was ordering cookies from Tiffany and Leon, and it was their first order. And I'm really proud of their hard work and their entrepreneurship. I did not know that my order inspired them in any way to keep going. I wish them all the best luck."

She said that her biggest takeaway from this experience was to always be kind.

"You never know who you're going to influence positively or negatively with your attitude in the world," said Amy.

Leon said he specifically remembers her being so kind when he delivered her order – and she continues being nice.

"Because she's living overseas, she said she wanted to donate her free cookies for a year to a local nonprofit," he said.

She chose Foster Angels of Central Texas, which is where all of her warm cookies will be heading in 2021.