School administrators learned about the threat just before school was let out on Friday. 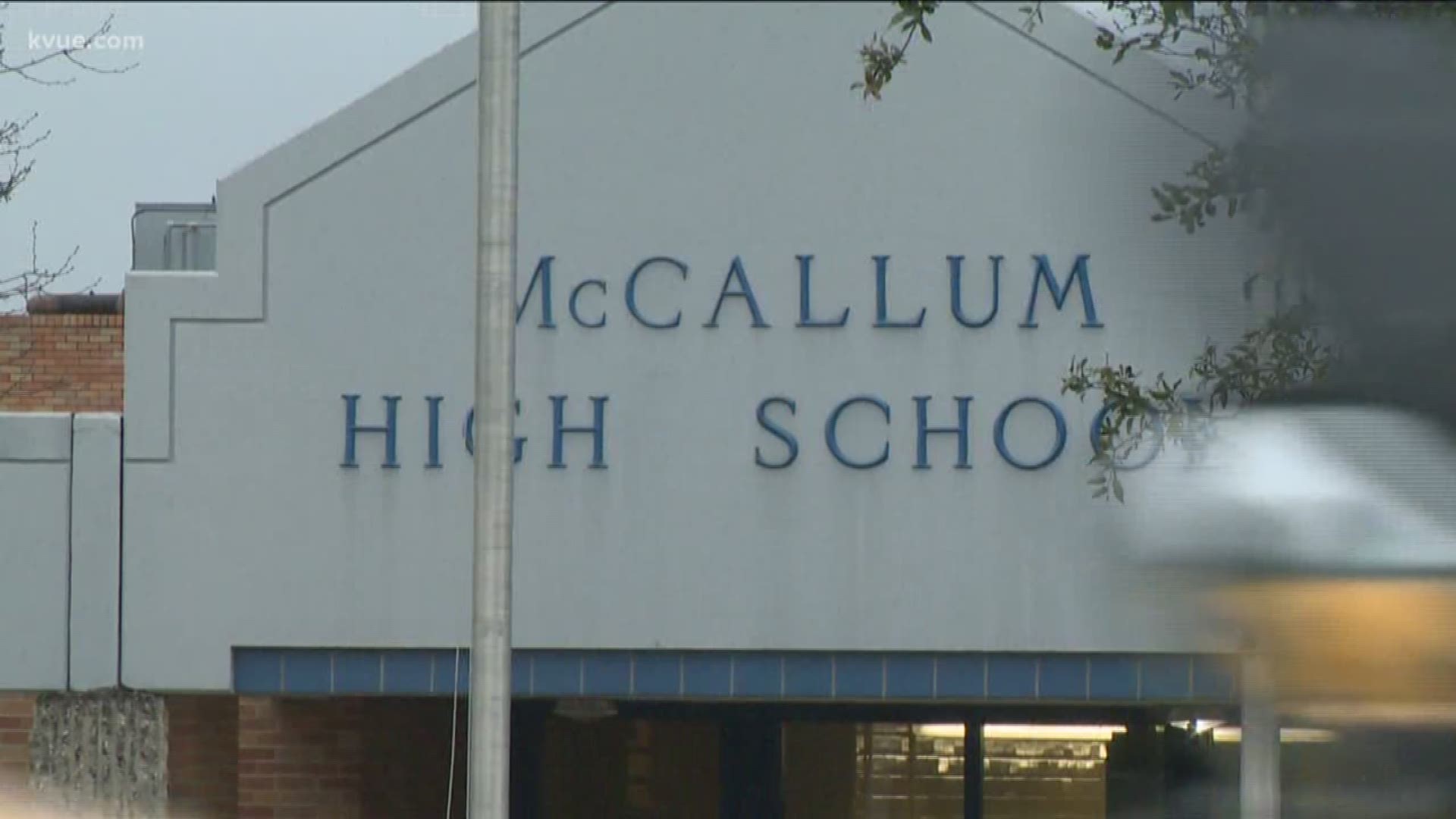 AUSTIN, Texas — A McCallum High School student is now in jail for making a threat against the school.

According to our news partners at the Statesman, school administrators learned about the threat just before school was let out on Friday.

Police say the student made the threat on social media before the arrest.

They haven't released the name of the student yet, as investigators look into the incident.

“Threats of any kind against our school, students or staff are not tolerated,” McCallum principal Mike Garrison told parents in a letter.

The incident comes after other threats against the campus last month. McCallum was put on lockdown on Feb. 13 after police said they received a credible threat.

Authorities later arrested 18-year-old Antonio Wicks, charging him with exhibition, use or threat of exhibition or use of a firearm.