Mayors said although President Donald Trump signed an executive order Wednesday, there is still more that needs to be done with immigration reform. They said they wonder when families will finally be reunited. 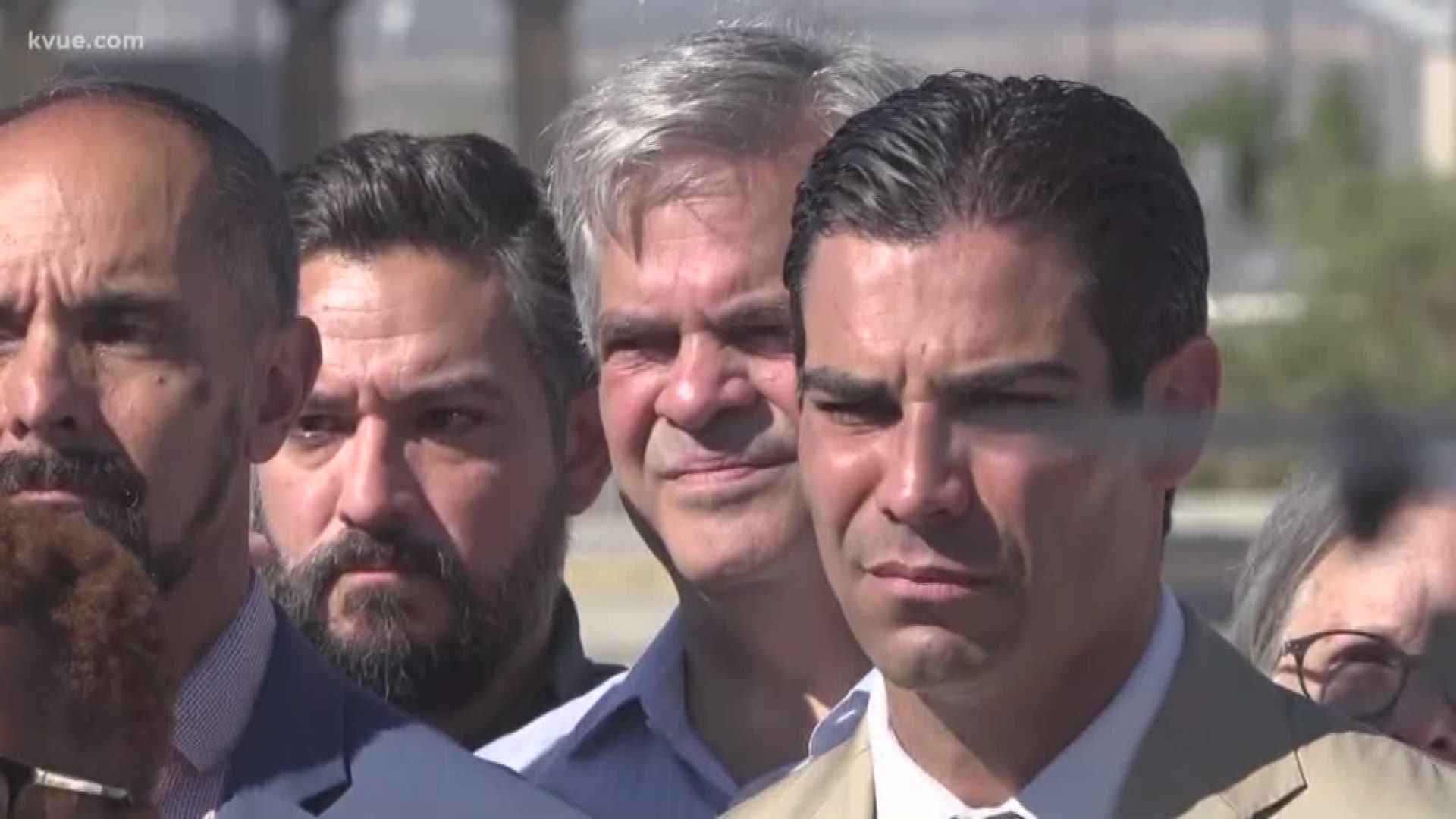 When Adler arrived in El Paso Wednesday, he spoke with KVUE's Pattrik Perez about why he traveled to the border. He told Perez, "I'm concerned."

During a press conference Thursday morning, Adler and several other mayors took the time to discuss their opposition to separating families and to call on the government for action.

Mayor Adler said the reason President Donald Trump signed the executive order was because of the amount of support that was shown toward the separated families.

"Using children in order to deter or dissuade folks from coming to the border and seeking asylum is unjust, it is wrong, it is immoral and it is un-American. We are better than that. This is about children. The reason we are here today is about the children,” Adler said.

Proud to be standing with my mayoral colleagues from around the country from both sides of the aisle to stand against this moral and humanity crisis. Reunite these families now and implement comprehensive immigration reform @usmayors #KeepFamliesTogether pic.twitter.com/RCcpKlstLq

Mayors said although President Trump signed an executive order Wednesday, there is still more that needs to be done with immigration reform. They also said they wonder when families will finally be reunited.

"Yesterday was the right thing to do, but it leaves as many questions unanswered as it resolves," said Los Angeles Mayor Eric Garcetti. "It is time for our federal partners to join with us because America's mayors are ready to roll up our sleeves to resolve the situation, to unify families and most importantly, to pass long-serving and long-standing comprehensive solutions to our broken immigration system."

Council member Delia Garza tweeted Thursday that the delegation was denied access to the child detention camp in Tornillo, saying it was like a "high security prison."