Adler is asking the city manager to take steps now to fix some of the problems caused by the updated resolutions in July. 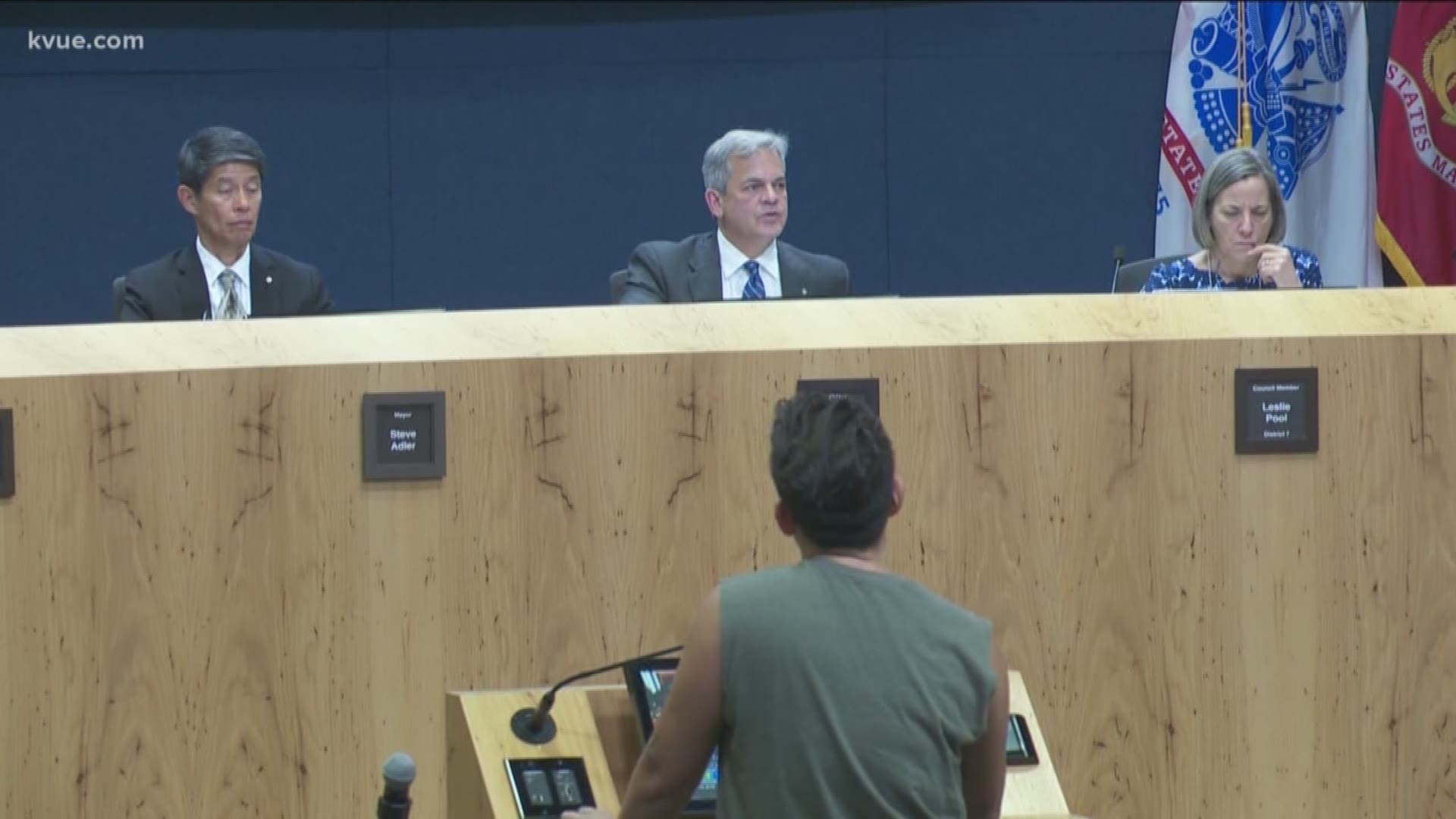 AUSTIN, Texas — Austin Mayor Steve Adler has released his recommendations for the city's Homelessness Council, asking the city manager to take steps now to fix some of the problems caused by the updated resolutions in July without having the city council meet for discussion.

Adler outlined four main recommendations in his release, the first being that the council should make it clear to Austin residents that law enforcement can and will enforce laws and ordinances that prohibit the behaviors that have been complained about.

The mayor used the example of public urination and defecation, saying residents should be encouraged to call 911 when they see laws being violated.

Adler also said the council should enforce ordinances with respect to imminent public safety risks and public health hazards, such as identifying dangerous places for people to be and posting signage in such locations. He used the example of camping and sleeping on a median near fast-traveling cars.

Lastly, Adler recommends the council help those in the area outside the ARCH shelter to move to better and safer places. He said that area has issues of public safety and health that need to be addressed, and helping people get off the street around the ARCH would provide visible proof they can do so.

Adler said the city manager and his staff should work with the community, service providers and stakeholders to create an overall plan of action to end homelessness in the city.