New concerns after the city of Austin's policy to deal with unexplained spikes in water bills. 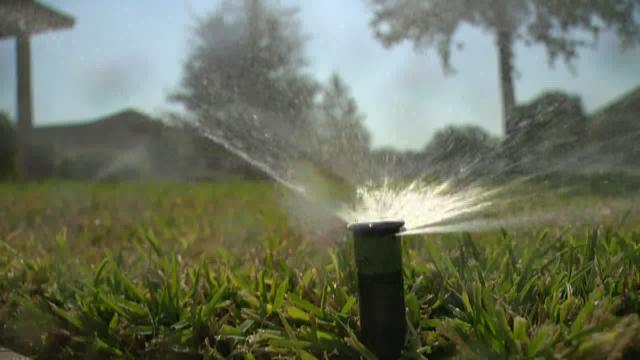 Last year, the city of Austin put a program in place that allows people to pay a portion of their bill or ask for a hearing when the city can't find an explanation for a water bill that's at least three times normal usage.

However, the KVUE Defenders found a growing number of homeowners were denied hearings.

One of those homeowners is Dawn Hagood.

“This is what a day should be like,” she said while playing with her dog in the backyard. “Not worrying about losing your house. Nobody's here very much. It's just me, no kids. Sprinklers? Nope. Pool? Nope,” she said.

This summer, after living in her home 11 years, her water bill spiked.

“It started in May when my bill doubled and then in June almost quadrupled,” she said.

Austin Water couldn't find a leak and neither could the contractor Hagood hired.

“There is just no explanation,” she said.

Last year, the city set up a program designed to help people like Hagood. If a bill is more than three times the norm and no one can find a cause, the homeowner can request an adjustment and pay half the increase. Not satisfied with paying for water use no one could explain, Hagood asked for a hearing -- only to be denied.

So we decided to ask Austin Water.

Why was she denied a hearing?

“That's sort of where we are -- if you qualify [for the adjustment] then the only remedy the city has in this code is to give you this adjustment,” said David Anders, the Assistant Director of Financial Services at Austin Water.

Hagood is not alone.

182 people have requested hearings since last summer. More than half -- or 92 -- have been denied.

Austin Water also says 32 people received some type of adjustment, 28 no adjustment. Those numbers only add up to 152.

“Is the adjustment the final call?” the KVUE Defenders asked.

“It pretty much is,” said Anders. “If the customer is unwilling to accept that, then that's really all the council has given us to make an adjustment for a high bill unless there's something else wrong, like a leak.”

“They won't even listen. To be denied a hearing when all the proof is on paper it just doesn't make any sense,” said Hagood. “It would be nice if they felt it was important to listen to some of the people that live here.”

Austin Water is the only water utility available for people within the city limits.

“This is more than my mortgage payment. This one bill. That's unbelievable,” she said. “I'm feeling like I'm going to lose my home.”

High water bills with no explanation continue to happen.

“We don't want anyone to lose their home over a water bill. We are extremely flexible in trying to offer payment assistance” said Anders.

Austin water is one of the only local utilities still manually reading water meters, most others are now using smart meters.

That is how many water meters Austin Water currently has to monitor.

“So we are working on a project right now to hire a consultant to help us plan what we're going to do, the technology we're going to use and then over the next three to seven years, we will be installing all of the meters in our system. That will be a lot more beneficial in the future,” said Anders.

Austin Water says dawn can still pay the adjusted amount, she just needs to fill out the paperwork saying she will no longer fight the adjustment. Little consolation for a homeowner who has 11 years worth of water bills that don’t match this one.

“I live in fear of getting a city of Austin letter every time I check the mail now,” she said.

Austin Water has installed about 150 smart meters as part of a pilot program and has already been helping homeowners detect problems earlier.

Round Rock is rolling out a program that will allow its water customers to see their usage throughout each day starting in January.

Bill Estimates by kvuenews on Scribd

Austin Water can estimate your water meter readings for up to three months. However, your bill should note that like this one you see here:

Austin Water says it estimates the readings on an average of 2,000 of its 230,000 water meters every month.