Officials believe the man was brought to the recycling center by a truck. 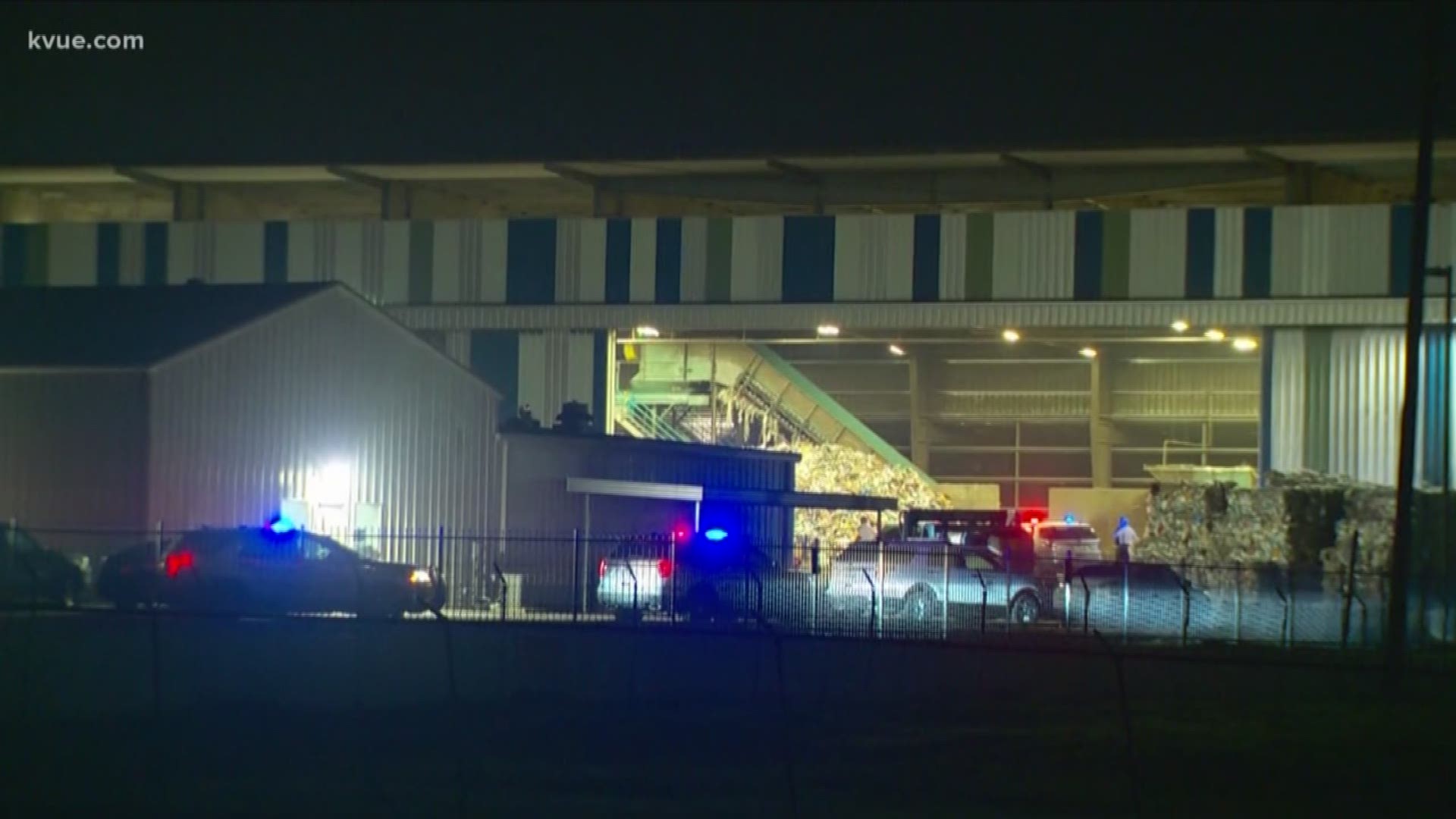 AUSTIN, Texas — The Travis County Sheriff's Office said there were "no signs of foul play" after a body was found on a conveyor belt at a recycling center in eastern Travis County early Wednesday morning.

The body of 31-year-old Collen LeBlanc was found at 9301 Johnny Morris Road near the Bluebonnet Hill Golf Course around 1:30 a.m. on Wednesday.

During a press conference Wednesday morning, the sheriff's office said they found the body on a conveyor belt, and they believe he was brought to the recycling center by a truck.

"To my recollection, this has been the third time a body has been found at a processing facility like this for our agency," said Kristen Dark, the Travis County public information officer.

The sheriff's office said an investigation into the cause of death and how LeBlanc's body ended up at the recycling center is underway.

"Most likely the place where this person died was probably not here," Dark said. "He was probably brought in by a truck."

Officials said they are in the very early stages of this investigation.

"There's a lot of information for us to sift through, and since he was discovered on a conveyor belt, we're going to want to make sure we explore all the evidence around that body," Dark added.