A parent said students took a poll on social media, saying his son would be "most likely to shoot up the school." 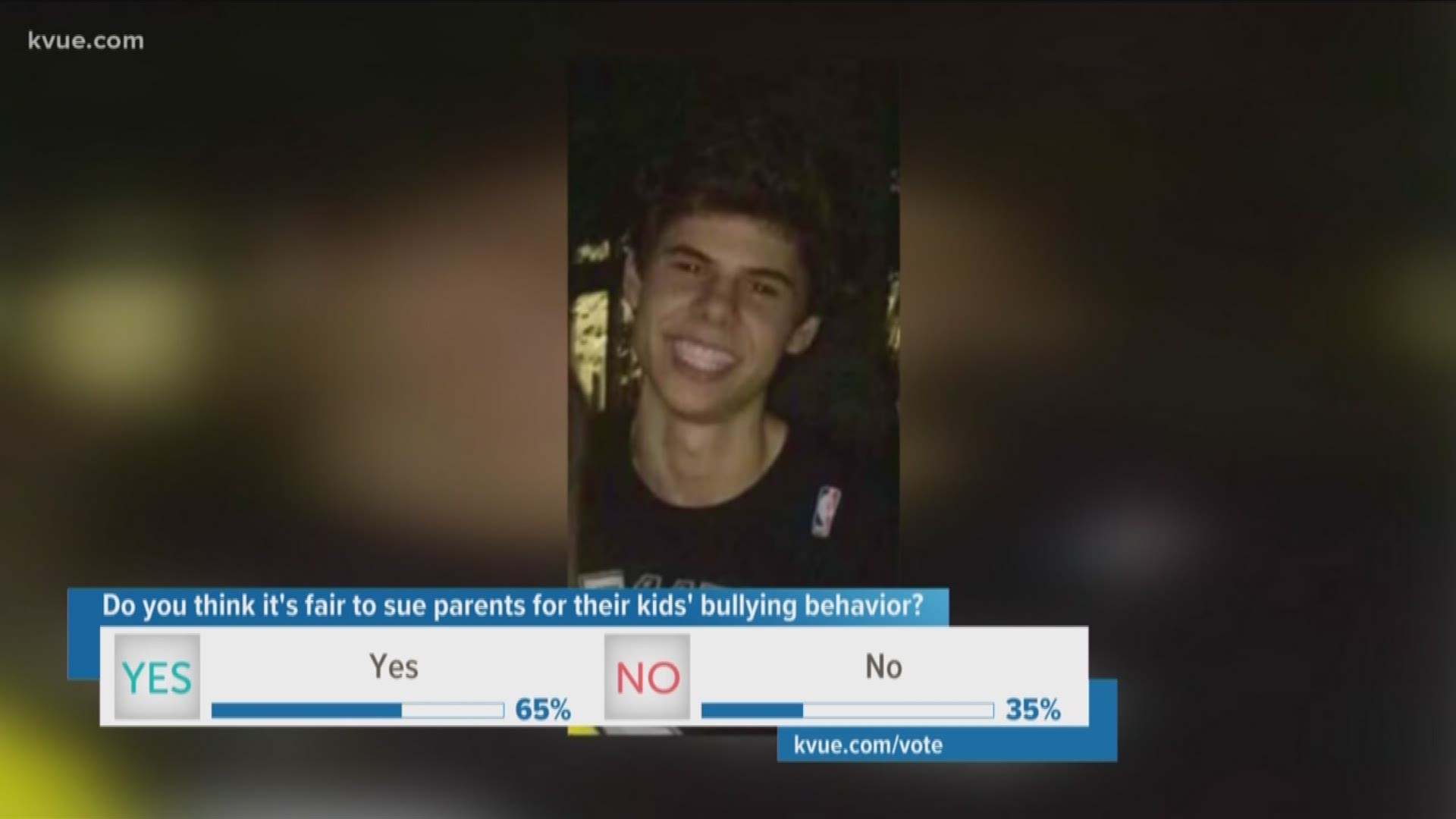 SAN ANTONIO — A San Antonio parent filed a lawsuit against his son's alleged bullies and their parents.

It's the first known lawsuit filed under David's Law. The 2017 Texas legislation was passed in honor of David Molak, an Alamo Heights student who committed suicide after relentless bullying.

Derek Rothschild said his son, who is only identified as D.R. in the suit, was ridiculed and harassed by his peers. He said students at Northeast ISD's Hill Middle School took a poll on social media. He said the students voted that his son would be "most likely to shoot up the school."

"His friends had been joking around because they knew it wasn't serious," Rothschild said. "And he joked along with them, which then got him pulled from school, placed in school suspension. Everything cascaded from there."

"Went through his backpack, went through his locker, let him back into the student population and ended up punishing him as much, if not more than the very people who started the rumors in the first place," attorney Justin Nichols said.

David's Law sets specific policy at school districts to address cyber bullying and allows staff to investigate off-campus cyber bullying. While the lawsuit doesn't name NEISD as a defendant, the attorney said that will likely change after they go through the district's grievance process.

Rothschild said the district failed to properly investigate the issue, did not offer resources or counseling for the bullying. The lawsuit is seeking an injunction against the alleged bullies and their parents, plus $50,000 in damages.

"The goal is to make the district realize that a mistake was made and they need to do a better job under David's Law to handle situations of bullying. And most importantly, we want to remind parents out there whose kids are engaging in this kind of conduct, that David's Law allows them to be held accountable," Nichols said.

The district spokeswoman sent us a statement for the story:

"The district's administrators acted appropriately to investigate the situation and took appropriate actions to address it. The district made it clear at the beginning of the school year that all threats against schools would be subject to disciplinary action."

KENS 5 reached out to Molak's mother, Maurine, who is also the co-founder of David's Legacy Foundation about the lawsuit. She said in a statement:

"We are gratified to see David's Law being utilized to protect a young person from the abuses of cyber bullying. Our hope was always to try to save a life. We look forward to following this case as it unfolds."