The victim reportedly got his truck back after a man tried to drive off with it. 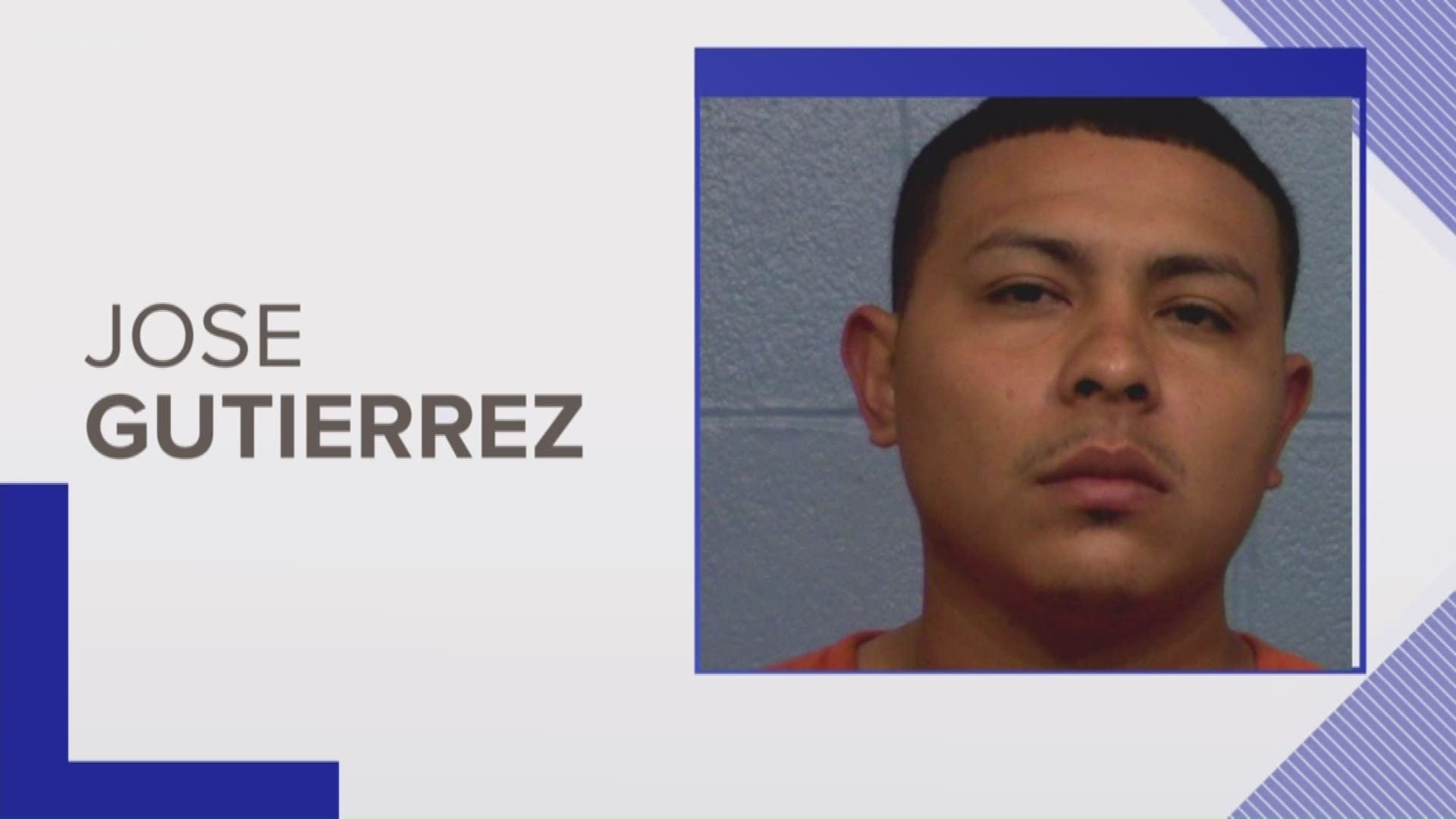 AUSTIN, Texas — A victim was punched more than 100 times in a robbery at a northwest Austin convenience store on Sunday, according to an affidavit obtained by the Statesman.

The affidavit said Gutierrez, along with two other men in a Cadillac, followed the victim after he left a social event at a lake in his truck, the Statesman reports.

The Cadillac driver allegedly caused a deliberate collision by cutting the victim off and slamming on his brakes. The victim pulled over at the Chevron to discuss the crash.

While the victim was talking to Gutierrez and another man, the third man from the Cadillac took a large sum of money from the victim’s truck, the affidavit reportedly states.

Then, after the victim called 911, Gutierrez and another man allegedly started punching the victim in the face. The men reportedly chased the victim into the gas station and continued to assault him, trying to grab the money in his pants.

The other man involved then got into the victim’s truck and started to drive off, according to the document.

At this point the victim jumped into the bed of his truck and banged on the roof of the vehicle for one mile, until the driver leaped out of the driver’s seat while the truck was still moving, according to the affidavit obtained by the Statesman. The victim was then able to get into the truck and bring it to a stop.

The victim was taken to the hospital to be treated for his injuries.

Gutierrez is being held at the Williamson County Jail with a bail of $50,000. The two other men allegedly involved in the robbery have not been charged.

One dead after crash on SH 130 in Georgetown, police say