Police are asking for the public's assistance. 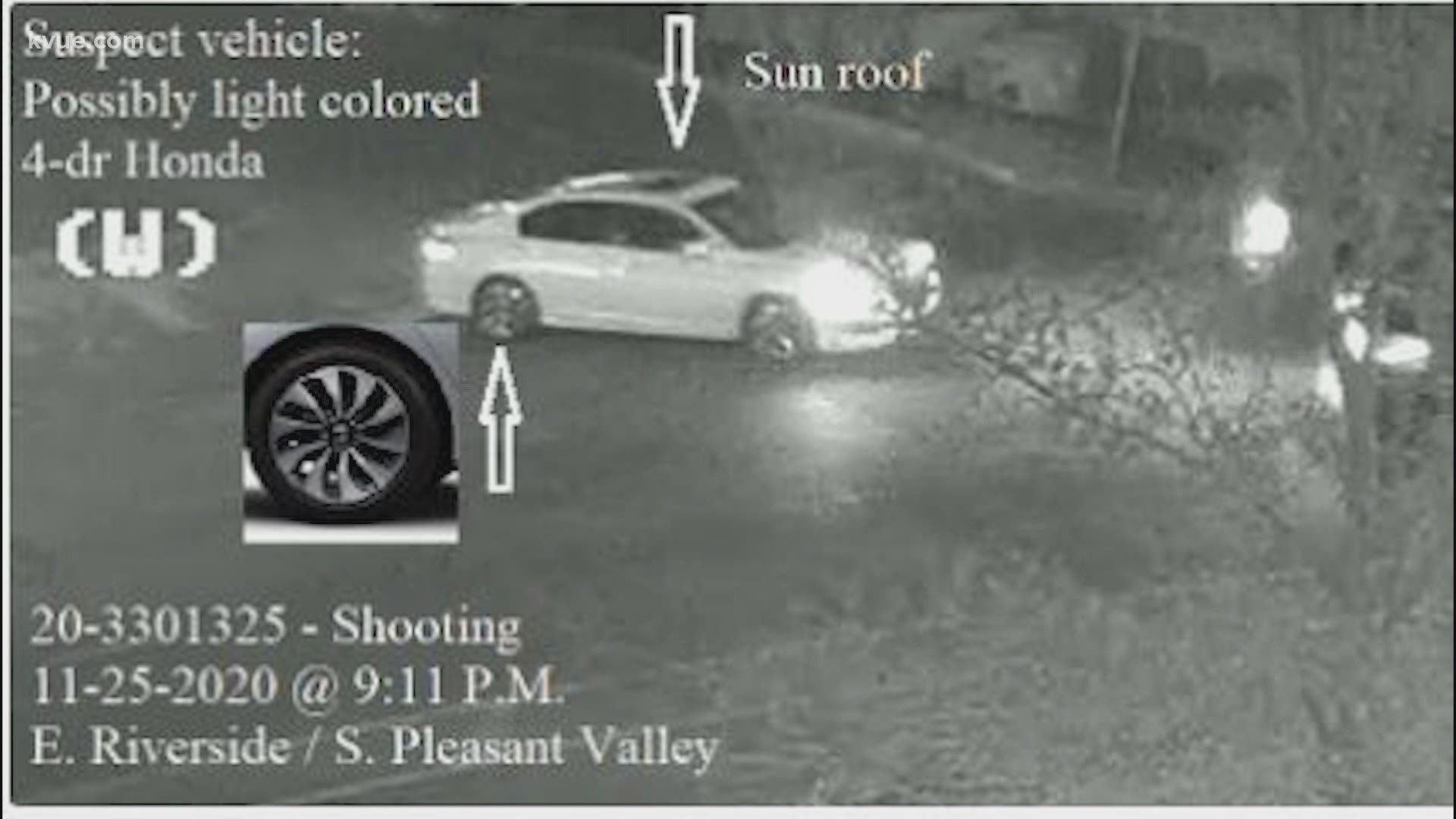 AUSTIN, Texas — Police are asking for the public’s assistance after a road rage incident in southeast Austin on Nov. 25 ended in a man's death.

First responders were called to the scene of a crash at Montopolis Drive and Riverside Drive around 9:10 p.m., police said.

Austin-Travis County EMS took the victim, 20-year-old Omar Munguia, to an area hospital in critical condition. Once at the hospital, medical staff discovered he had sustained a life-threatening gunshot wound, police said. He succumbed to his injuries about a week later on Dec. 2.

Witnesses told detectives Munguia and occupants of a four-door, white sedan had gotten into a road rage incident where multiple shots were fired from the sedan while traveling eastbound on Riverside Drive from Pleasant Valley Road.

On Nov. 30, the APD released surveillance video of the suspect's vehicle:

Anyone with any information or video of the incident is asked to contact police at 512-974-TIPS, email homicide.apd@austintexas.gov or contact Crime Stoppers anonymously at 512-472-8477 (TIPS). A $1,000 reward is being offered.