Joseph Mora faces up to 30 years in federal prison if convicted on both charges. 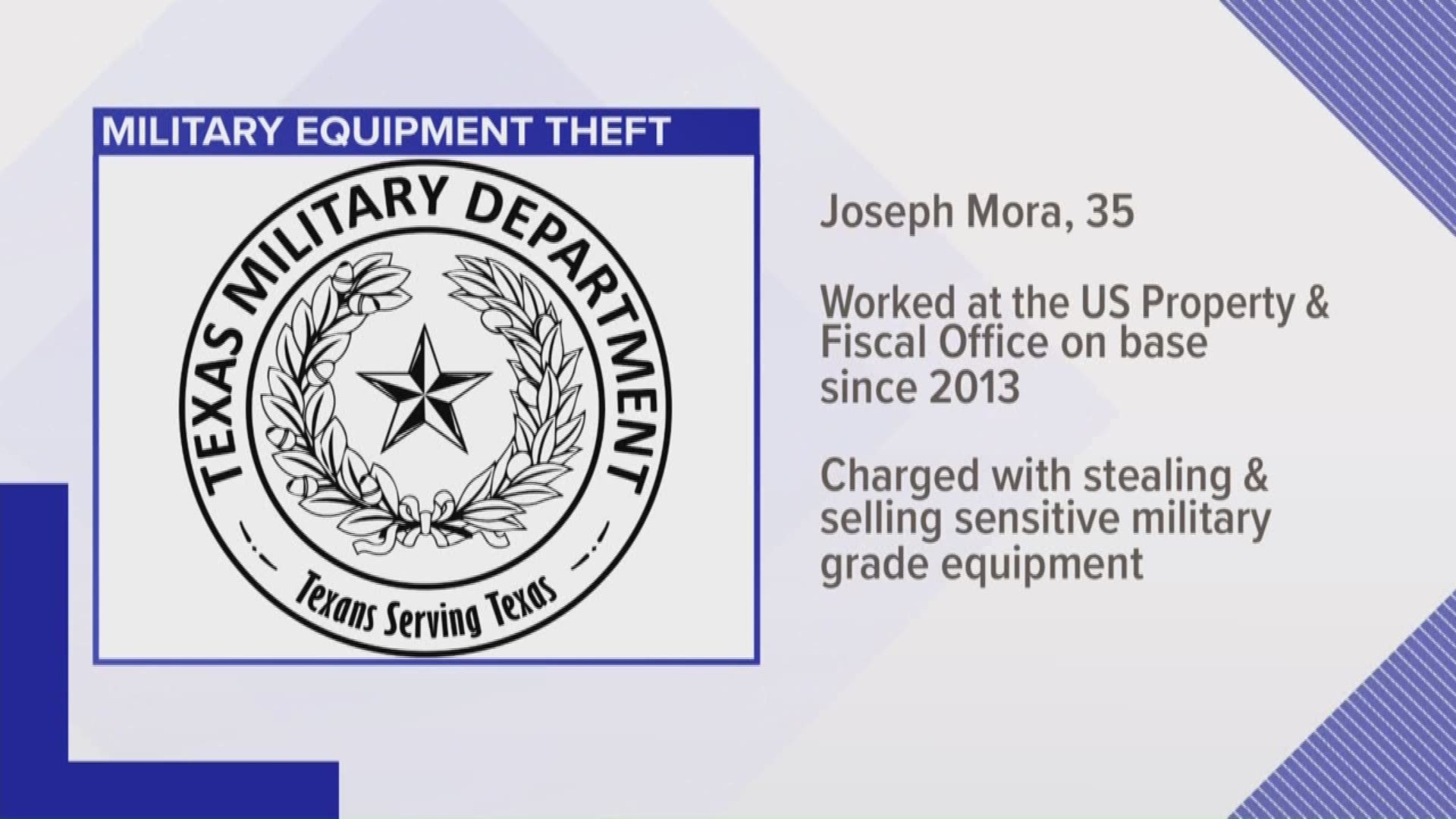 AUSTIN, Texas — According to U.S. Attorney John F. Bash, a federal government employee at Camp Mabry in Austin surrendered himself to authorities on charges that he stole and sold more than $1 million worth of equipment from the military institution.

According to the Department of Justice, a federal criminal complaint charged Joseph Mora with one count of theft of government property and one count of conspiracy to commit fraud against the U.S.

The complaint alleges Mora, who has served as a program analyst at the U.S. Property and Fiscal Office warehouse since 2013, conspired to remove large amounts of military-grade equipment, which includes rifle scopes, laser-aiming devices and thermal night-vision goggles, from the facility. He allegedly sold many of these items on eBay and through other means.

'I was stupid': Felicity Huffman sentenced to 14 days in prison for college admissions scandal

Federal agents executed a search warrant on Tuesday of Mora's residence, in which they recovered dozens of items believed to be stolen from Camp Mabry.

If convicted of both the theft and fraud charges, Mora will face up to 30 years in federal prison. He was released on a $10,000 bond following his initial appearance in U.S. Magistrate Court in Austin.