Man attempted to pass semi-truck on I-35 before deadly crash, Austin police say

A man was found dead inside of his vehicle after colliding into a semi-truck on Interstate 35. 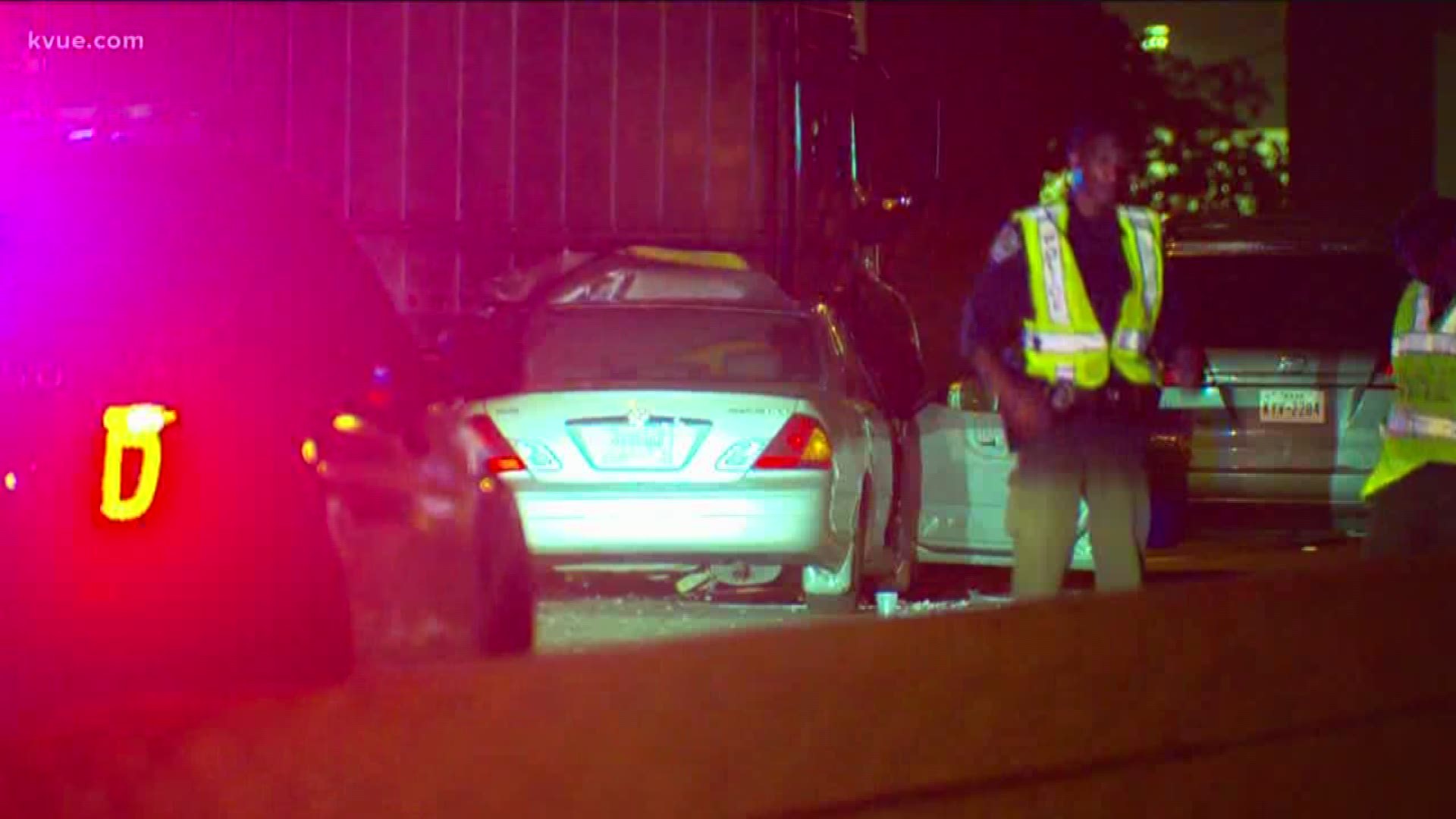 AUSTIN — A man died Wednesday in a crash involving an 18-wheeler truck after he attempted to pass it on Interstate 35 southbound. On Friday, he was identified as Michael Duron Green, 40

Witnesses told police the Toyota Avalon was speeding when it merged onto the highway, and the driver ended up behind a semi-truck. Police said when the driver attempted to pass the truck on the right, he noticed another vehicle that was stopped there.

Police said the driver tried to get back behind the 18-wheeler to avoid hitting the stopped car, but his car crashed into the right side of the semi-truck and went under the vehicle as it was slowly moving away.

The man was found dead inside of his car.

No charges are expected against the truck driver, police said.

Police said there is an extensive investigation into the collision. Authorities could not confirm immediately if alcohol or drugs factored into the crash. Anyone with more information is asked to call (512) 974-5576.